If you have clicked on this article, then the chances are that you have experienced the highs and (many) lows of Madden 21, which was released to poor reception back in September of this year. While the game featured some new content, the overriding perception from fans and critics was that EA Sports had once again taken plenty of shortcuts in their development, and that, in doing so, created a pastiche-like experience that effectively ‘copy and pasted’ its older and more successful titles into updated graphics.

In fact, the reception for Madden 21 was so poor that a hashtag calling for the NFL to drop EA Sports began trending on Twitter.

We are used to anticipating the next installment of the series each year, and while EA has not yet suggested that there won’t be another on the horizon for 2021, their apparent lack of interest in injecting new life into the games has left many wondering whether this is the protracted death of the franchise. 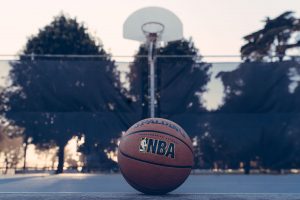 Is EA Sports Failing to Respond to Mounting Pressure?

Sports is a niche within the gaming industry, but it is a very big niche – one of the biggest, in fact. EA Sports has long set the benchmark for sports gaming, but other developers are catching up. From the biggest online casinos in USA to other big name developers like Visual Concepts and 2K Sports, there is a long list of industry leaders embracing sport as a key component in game development.

Recent years in particular have seen mounting pressure on all sides, and this growing interest from other developers seems to have coincided perfectly with EA’s downfall. It’s not so much a case that new, quality titles are putting EA to shame, but that the trajectories of EA Sports’ leading franchises has dropped off.

Had EA Sports continued to inject the same attention to detail and innovation into game development that they did in the beginning, it seems likely that they would have been well-equipped to compete alongside other developers. Now, it seems as though it is only a matter of time before they are superseded entirely.

Will There Be Another Madden Game?

Many felt that EA Sports’ apparent philosophy of, ‘if it isn’t broken, then there is no need to fix it’ is beginning to show its cracks. The long running success of Madden has, in all likelihood, offered a strong sense of security for the developer – but fans of the series are growing increasingly discerning when it comes to half-hearted attempts at renewing the franchise, and disappointment reigns.

Since the backlash of its unfortunate release, EA Sports has already begun making significant promises about its 2021 sequel. They claim that Madden 22 will bring major changes to the franchise, and, hopefully, embrace the next gen consoles far more effectively than 21.

For fans, trusting the developer won’t be easy, and many continue to campaign against EA Sports via social media. It seems as though many are ready for a new developer to take up the reigns for the NFL, but only time will tell whether or not EA Sports can bear to hand them over.