CM Punk has gotten an itch for writing comic books, it seems. The former WWE star and future UFC attraction will be following up his story for Marvel’s Thor Annual #1 in Feb. 2015 with some work for the competition, contributing to an anthology titled Strange Sports Stories for DC Comics’ Vertigo line.

Not much is known about the book, other than the solicitation posted on the Vertigo blog. The anthology will be four issues of “strange, scary, sexy and sensational sports stories,” but it’s not currently known which issue Punk’s story will be in. Plot details and the artist who will illustrate the story haven’t yet been announced either.

Here is some art from the anthology. 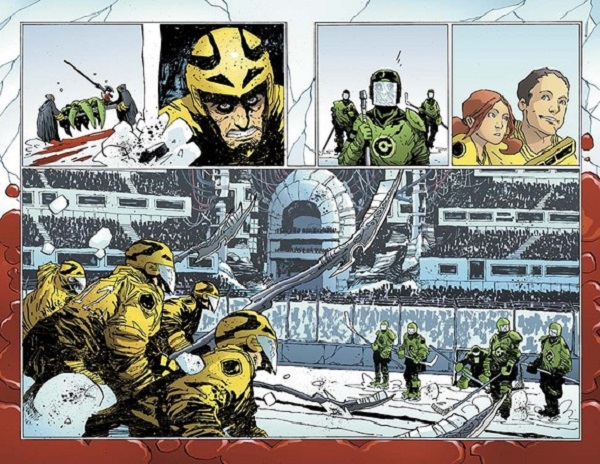 According to Comic Book Resources, Strange Sports Stories is a revival of a limited six-issue series that ran from 1973 to 1974. The new version is scheduled to be available in comic book shops on March 18, 2015.

Of course, we don’t know what kind of writer Punk is yet, since his stories haven’t been published. Are Marvel and DC giving him these gigs purely on name recognition, and the chance to draw in a different audience? Or do the editors at those companies see some talent there? Regardless, Punk’s new job with UFC could mean he’s not available to write more for a while.