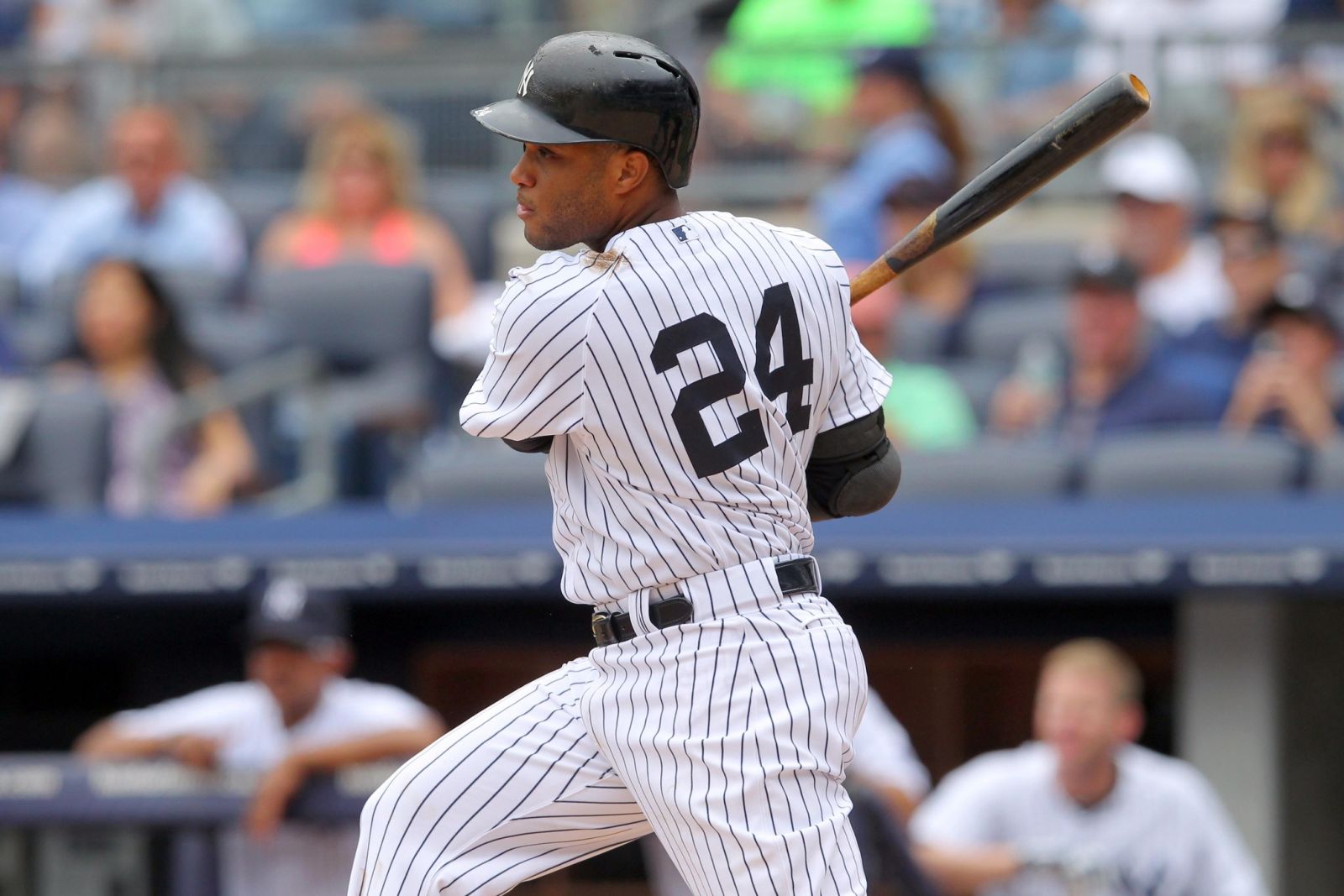 Every so often at the trade deadline a star player gets traded that nobody saw coming. We here at The Outside Corner, however, are not intimidated by the lack of prescience of others. As such, we shall attempt to identify who some of the players that are candidates for the big, deadline surprise deal could be even though predicting something that is inherently unpredictable is something of a paradox. So, at the risk of creating a rip in the fabric of space and time, we present to you ten players that could be part of the big surprise trade of the deadline.

Robinson Cano. A Cano trade would be a surprise but it isn't as far-fetched as it might seem. Pretend that he was playing for any other team that was clearly overachieving but knew they weren't a real contender. If that team then got it in their head that they likely would not be able to re-sign Cano at the end of the season and they would almost certainly look to cash out on him at the deadline. That would make a world of sense, but that just isn't what the Yankees do. Steinbrenner would never allow them to raise the white flag like that.

James Shields. The Royals are just barely hanging on in the playoff race and a big reason for that is how good James Shields has been. GM Dayton Moore has a lot riding on his big trade for Shields leading to a playoff berth, but if they hit the skids in the next two weeks, they'd be stupid not to become sellers at the deadline. If that becomes the case, the Royals could put Shields on the block and arguably have the biggest trade chip out there. Alas, there would be the matter of Moore's hubris getting in the way, preventing him from moving Shields so that his trade of Wil Myers doesn't look even worse that it first did. That and an angry mob of Royals bloggers might storm Kauffman Stadium and do to Moore what those people in Brazil just did to that referee.

Joe Mauer. As good as Mauer is and as much as he is Mr. Minnesota, the Twins are in rebuilding mode and have done a fine job of overhauling their farm system, he still makes A LOT of money for a team in a small market and payroll constraints. If some team came calling with a Godfather offer of prospects and financial relief, they'd have to at least think about it, right?

Jose Bautista. The Blue Jays went all-in this off-season and all they got was egg on their face. Their big splashy moves haven't worked out, so there is a temptation for the Jays to ironically make like the Marlins and sell off expensive parts. They probably won't be that dastardly, but that doesn't mean they can't make a sneaky move or two. One such move would be trading Jose Bautista. Sure, he's the heart of the team, signed to a great contract and beloved by the fans, but he would bring back a huge return. In other words, it is the exact kind of "ninja" move that GM Alex Anthopolous would make. There is probably too much public pressure for the Jays to even considering such a move, but if anyone could pull it off it is AA.

Felix Hernandez. King Felix makes this list out of sheer irony. He signed a big contract to stay with the Mariners essentially for life and to put an end to the constant suggestions that Seattle should set him free. What a horribly stupid but surprising twist from the mind of M. Night Shyamalan it would be if the M's decided to blow things up and finally fulfilled the wishes and dreams of thousands by sending Hernandez to the Yankees.

Troy Tulowitzki. Because the NL West stinks this year, the Rockies are only 4.5 games out at the break despite being four games under the .500 mark. What they have going for them is that Troy Tulowitzki is back from the DL… for now. That gives them a shot at stealing the division if Tulo can stay healthy, which is no sure thing. Colorado knows this, everyone knows this. It is all part of the merry-go-round that is building your entire team around Tulowitzki. Perhaps though the Rockies could wise up and realize it is time to get off the ride, reap a windfall of prospects and put themselves in a position where they aren't a Tulo hamstring pull away from the basement of their division. There have long been rumors that the Cardinals covet Tulo and they certainly have the prospects to make such a deal happen, but with the Rockies within striking distance of the NL West crown, it seems that common sense will have to be set aside.

Alex Rodriguez. This is a different kind of surprise. A bad kind of surprise. It is common knowledge that the Yankees want nothing more than to make A-Rod's contract disappear. Do you really think it is a coincidence that someone "leaked" to the press that Rodriguez is "considering" retiring which would just so happen to help the Yankees with their pesky luxury tax problem? The shocker here though would be if Brian Cashman could actually find someone willing to take on A-Rod's contract. Then again, the baseball gods did put Ned Colletti on this planet to take the mega-contracts of washed up stars off other team's hands, so there is always hope. Besides, nobody thought Vernon Wells could be traded and some poor dolt acquired him and a big chunk of his contract this off-season, so anything is possible, right? Oh… wait a minute.

Ryan Braun. At some point the Brewers have to ask themselves how much of the PED circus that surrounds Braun they can take. While he is the undying support of the local fans not seen since the halcyon days of Giant fans Jedi mind tricking themselves into believing that Barry Bonds wasn't juicing, ownership has to think about the future of the franchise and what it would mean if Braun did get slapped with a 100-game suspension and then him playing the rest of his career afraid to take a Flintstones vitamin for fear that he could be banned for life. Of course, every other team would have that fear, so it would take a GM with huge balls and/or a severe head trauma to give up anything of value for Braun.

Matt Cain. The Giants season is starting to circle the drain, so it would be no shock to see the Giants become sellers. Some have anticipated them moving Tim Lincecum, but Matt Cain and his fat contract are considered to be safe. However, with Cain struggling this year and people speculating that he might be pitching hurt, might it not be prudent for San Francisco to shop Cain in an effort to protect themselves from having another broken down ace with an albatross contract on their hands?

David Wright. No team in their right mind would trade David Wright. That being said, these are the Mets we are talking about. Let's not put it passed them to try and pull off some blockbuster deal to rebuild the team in a hurry only to alienate their entire fan base (well, alienate them further) in one fell swoop.