The Dodgers continued their dominance of Winter Meetings headlines from Wednesday into Thursday, finally coming to an agreement with the Padres to send Matt Kemp and catcher Tim Federowicz to San Diego in exchange for catcher Yasmani Grandal and pitchers Joe Wieland and Zach Eflin.

Though USA Today‘s Bob Nightengale reported the trade as done early Thursday morning, there are still several details that need to be worked out with the commissioner’s office before the deal becomes official.

Of course, all players in the transaction need to pass physicals with their new clubs. That could be especially important considering the recent injury histories of the names being moved, notably Kemp and Grandal. Additionally, because Kemp has $107 million left on the remaining five years of his contract, the commissioner’s office has to approve any deal involving that kind of money.

According to the San Diego Union Tribune‘s Kirk Kenney and Dennis Lin, the Dodgers will cover $30 million of Kemp’s contract. That works out to an average annual obligation of $15.4 million for Kemp, considerable financial relief for the Padres, even if the team has now decided to spend more money on players than it has in recent years. That puts Kemp a bit more in line with the annual salaries free agents like Victor Martinez and Nelson Cruz are getting in their new contracts.

Besides clearing $77 million in future obligations off their considerable payroll, the Dodgers also get a young catcher that could pair with A.J. Ellis behind the plate, if not eventually start for them. Though Grandal batted .225 with a .728 OPS in 443 plate appearances, he hit 19 doubles and 15 home runs to go with a .327 on-base percentage and .401 slugging mark. That’s a considerable boost from the .191 average and .577 OPS Ellis provided for the Dodgers last season. 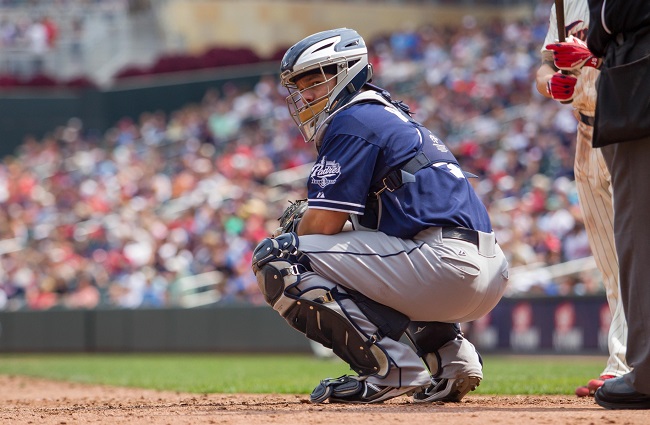 Grandal was limited to 28 games in 2013 because of a significant knee injury and a 50-game PED suspension for his involvement in the Biogenesis scandal. But he appeared in 128 games last season (76 of them at catcher), addressing any questions about his health and durability. In addition, Grandal is under club control for four more seasons, eligible for arbitration in 2016 and free agency after the 2018 season.

Grandal’s defense is a concern, however. He threw out only 13 percent (7-of-49) of opposing basestealers in 2014, allowing 28 wild pitches and 12 passed balls. By comparison, Ellis threw out 25 percent (16-of-64) while allowing 32 wild pitches and two passed balls. Yet pitch framing is a skill by which catchers are increasingly judged among MLB observers and Grandal rates very well in that category, ranking among the top 10 catchers in baseball.

It might take a while for the Dodgers to learn what benefits could be yielded from the two pitchers in the trade.

Wieland has pitched in seven games over the past three seasons due to serious elbow injuries. The 24-year-old underwent Tommy John surgery in 2012 and suffered a setback in his recovery during spring training this year. Initial fears were that Wieland would require a second reconstructive procedure like teammate Cory Luebke, but he was able to pitch last season.

The right-hander made nine starts in the minors, compiling a 3.03 ERA and 36 strikeouts in 38.2 innings, progressing from rookie league ball to Triple-A. In four appearances (two starts) with the Padres, Wieland posted a 7.15 ERA with eight strikeouts, five walks and 16 hits (three home runs) allowed in 11.2 innings. As his elbow gets healthier, he may incorporate a slider back into his pitching arsenal. Presumably, he’ll compete for the fifth spot in the Dodgers rotation this spring.

Eflin, 20, pitched in Advanced Class A Lake Elsinore last season, making 24 starts and compiling a 3.80 ERA to go with 93 strikeouts and 31 walks in 128 innings. He was the Padres’ second first-round pick in 2012, selected No. 33 overall out of Hagerty High School in Oviedo, Fla. The Union Tribune ranked Eflin No. 18 among San Diego’s top 20 prospects at the end of the season. 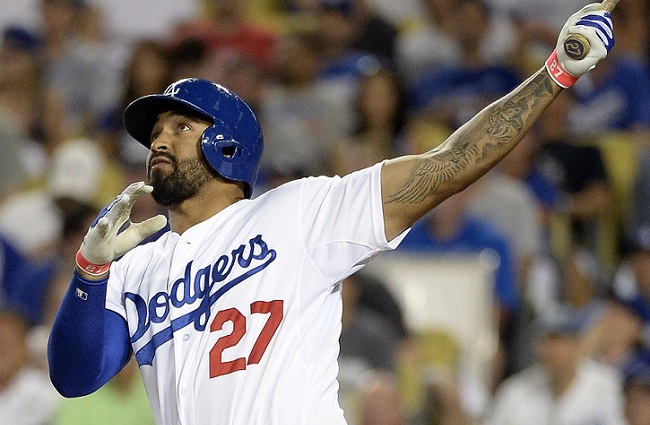 But this trade is mostly about Kemp. (No offense to Federowicz, who’s a good defensive catcher that hasn’t shown he can hit.) The Padres now have an impact right-handed bat for the middle of their batting order. If there were any concerns about whether or not Kemp could still be a significant run producer, he silenced such questions with his second-half performance last season. Fully healthy, especially in his left shoulder, Kemp looked more like the player that almost won the 2011 NL MVP, hitting .309 with a .971 OPS, 17 home runs and 54 RBI in 263 plate appearances.

His .287/.346/.506 slash average, 38 doubles, 25 homers and 89 RBI would have easily led all Padres everyday players last season. Grandal led San Diego with 15 homers last season, while Seth Smith’s .807 OPS was tops on the Padres’ roster. Kemp makes a major difference in this lineup, and maybe it adds just a little bit of cool that the Padres got their slugger with the winter meetings based in San Diego this year.

However, it’s uncertain how effective Kemp is as an outfielder anymore. Hamstring and ankle injuries have taken a toll on his speed and agility. Dodgers manager Don Mattingly moved him from center field to left field, a shift that didn’t make Kemp happy. But defensive metrics support Mattingly’s decision. As a center fielder, Kemp was well below average, costing his team double-digit Defensive Runs Saved (DRS). He actually wasn’t much better in left field, credited with -8 DRS and an Ultimate Zone Rating that rated him 11 runs worse than an average player at the position.

Kemp’s best spot is probably right field, and he figures to play there in San Diego with Smith playing in left and either Will Venable or Cameron Maybin manning center field. It almost doesn’t matter which corner Kemp ultimately plays, as long as he provides the offense that the Padres are seeking. 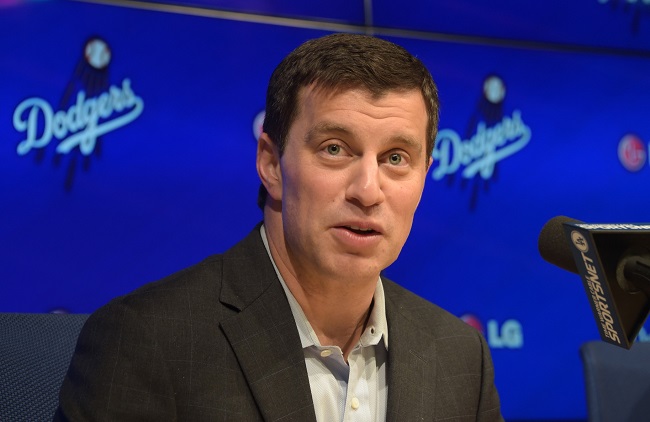 By trading Kemp, the Dodgers break up the logjam of outfielders on their roster. Top prospect Joc Pederson will play center field with Yasiel Puig in right field and Carl Crawford likely in left. Andre Ethier is still a spare part that the front office will surely still attempt to trade with Scott Van Slyke and Chris Heisey also on the roster, but a destination for the 32-year-old veteran might not become clear until the trade and free agent markets for outfielders settle down, perhaps in January or February.

Looking at the overall deal, trading Kemp to the Padres has the appearance of a salary dump — a strange circumstance for the cash-rich Dodgers. But payroll and roster flexibility are clearly priorities for new team president Andrew Friedman and general manager Farhan Zaidi. Kemp’s $107 million salary and increasingly limited ability to play the outfield presented an obstacle to that objective. Getting prospects and pitching in return for their former star seemed to be secondary concerns.

Whether or not Kemp ends up hurting his old team with the Padres playing the Dodgers 19 times during the season will certainly be an intriguing storyline to follow next season. Clearly, Friedman and Zaidi aren’t terribly worried about that, focused more on building a better, deeper overall team with their flurry of moves at the winter meetings.