This week saw the Marlins shockingly spend money in free agency to sign LHP Wei-Yin Chen (and also sign Dee Gordon to an extension). On the opposite spectrum of surprise was the Dodgers signing yet another Cuban player – this time it was RHP Yasiel Sierra. What these two signings do have in common is they work together to further decrease the number of free agent starters available to other teams. With pitchers and catchers set to report in just over a month, here is a look at the best free agents starting pitchers left on the market

WARNING: This isn’t going to be pretty.

Here we have what I think is the best starting pitcher left on the free agent market. As you’ll see with this entire list, “best” is a relative term. It’s not that Gallardo is bad. But at this point in his career, he’s closer to a good No. 4 than he is a frontline starter. I use the term “No. 4 Starter” to describe a league average pitcher. League average production from a starting pitcher in 2015 was a 4.10 ERA and 4.03 FIP. Here’s where fans of Gallardo will be upset with me.

He has a career 3.66 ERA and 3.74 FIP and has only gone above 4.00 ERA once (in 2013 with a 4.18 ERA) and had a FIP above 4.00. And on top of that last year his ERA was 3.42 after moving to the tougher American League. I still think Gallardo is a better bet to be close to league average going forward though, and that’s because of his strikeouts.

I still think Gallardo is a good pitcher. Average isn’t compelling in other industries, but in baseball it’s still pretty good. So when I say Gallardo is just an average pitcher it’s not an insult. I just think people should adjust their expectations accordingly.

Gallardo comes with draft pick compensation attached to him so the signing team will have to forfeit their highest pick. That’s likely why he hasn’t signed with anyone yet. With where the market stands now though, I wouldn’t be surprised to see him sign before pitchers and catchers report for spring training in early February. I suspect Gallardo won’t have to settle for a one year pillow contract now that’s he’s the best of what’s left. 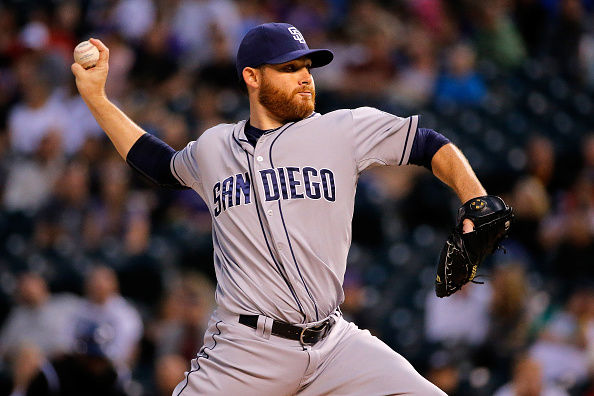 I think Kennedy is another candidate to be a solid No. 4 (league average) type starter. The difference between he and Gallardo comes in two areas: strikeouts and home runs. Kennedy is going to give you more of both. Because he’s more home run prone, I think he’s a bit more volatile than Gallardo. Although because Kennedy gives up more flyballs, I think the defense behind him will end up mattering less. So he might be a fit on more teams than Gallardo, who really requires a good infield.

Kennedy certainly wants a multi-year deal. He did turn down the Padres qualifying offer so he obviously believes he can get that deal. At 31 years old and with a career 3.98 ERA and 3.99 FIP, I’d be surprised if his deal goes longer than three years and more than $10 million AAV. I don’t think it’s very likely, but it’s possible Kennedy ends up waiting until after the draft to sign. Perhaps at a certain point he’ll end up settling for a shorter deal than he’d like, which is why the qualifying offer system is such a terrible joke. 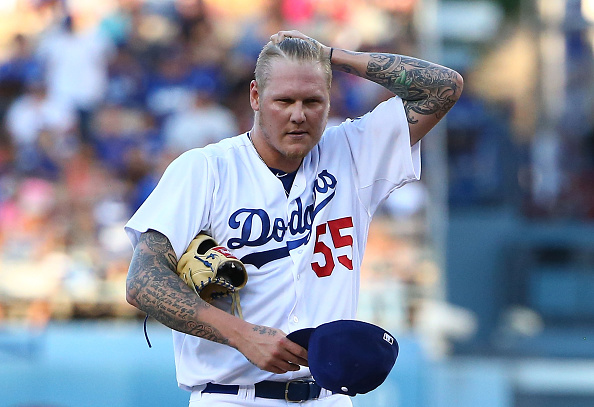 LOS ANGELES, CA – AUGUST 29: Pitcher Mat Latos #55 of the Los Angeles Dodgers wipes his hair back in the second inning during the MLB game against the Chicago Cubs at Dodger Stadium on August 29, 2015 in Los Angeles, California. (Photo by Victor Decolongon/Getty Images)

And now we get to the bounce back candidates. Mat Latos was once around the same caliber as Yovani Gallardo. He might have been a tick better, even. Solid strike out and walk ratios helped him to hold a career 3.51 ERA and 3.44 FIP. However he was terrible in 2015 with the Marlins, Dodgers, and Angels, making 21 starts and throwing 116.1 innings with a 4.95 ERA and 3.72 FIP.

Injuries were an issue for him as he suffered from knee problems. He missed time in 2014 as well with both knee and elbow issues. Perhaps related to injuries was a drop in velocity. In 2013, he averaged around 92 mph on his fastball. He lost two miles per hour in 2014, but jumped back up to around 91 mph in 2015.

The hope here for a team is that his ineffectiveness was due to injury and furthermore those injuries are behind him. In short, the hope is that a healthy Mat Latos is a productive Mat Latos. The team that takes a chance on him could do so at a bargain rate. Latos is exactly the type of pitcher who should be looking to take a one year bounce back kind of deal, perhaps something in the range of $10 million. That’s pretty cheap these days, and the upside could be a solid mid-rotation starter. 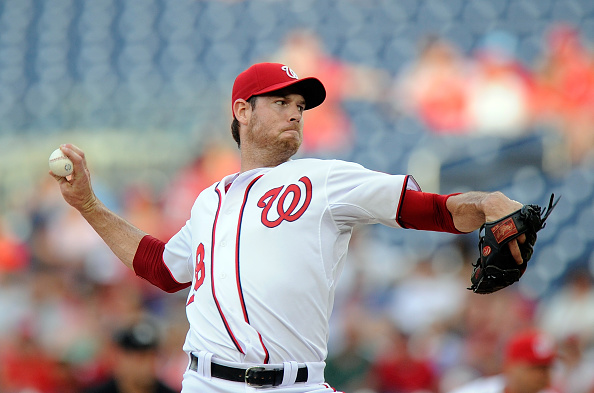 against the at Nationals Park on July 6, 2015 in Washington, DC.

Doug Fister is the older version of the bounce back starting pitcher. He doesn’t have the strikeout rate that Latos once had, but he doesn’t walk very many batters. He also is able to induce a fair amount of ground balls. That combination helped him to consistently hover around the mid-3’s in ERA and FIP. It also helped him to a couple of sub-3.00 ERA seasons, one as recently as 2014.

However, last year he was quite bad as a starter with the Nationals. In 15 starts, he logged a 4.60 ERA and 4.63 FIP. The Nats were so perturbed with that lack of production they moved Fister to the bullpen and then didn’t even give him a qualifying offer after the season, which looked like a mere formality at the beginning of 2015. It’s a bad spot to be entering free agency at the age of 32. But the past production will earn him a job, and if a rebuilding team has need of a cheap body with “veteran presents” then Doug Fister could be a nice risk/reward play. I imagine he’ll end up signing a one year deal maxing out around $10 million just like Latos.