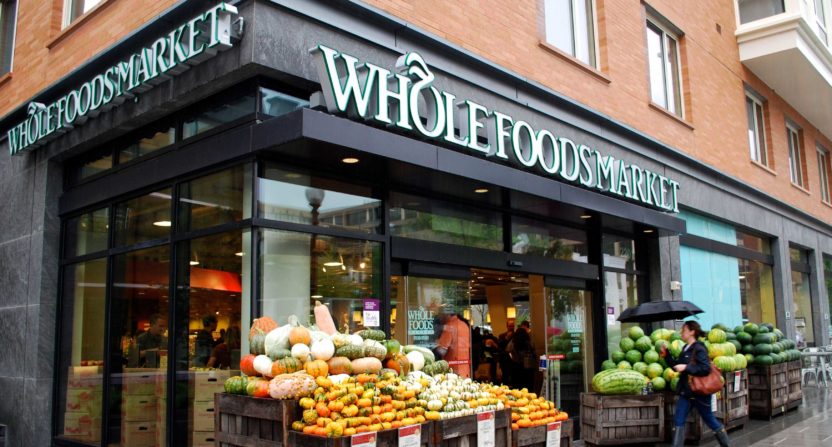 Hoping they’ve fully convinced you that it is a necessity, Amazon recently upped the price of their Prime service from $99 to $119 a year. Just in case you needed more savings to justify the subscription, Amazon has officially made it so Prime members get a discount anytime they go shopping at Whole Foods.

Per their announcement, the loyalty program will offer Prime members special discounts, including 10 percent off hundreds of items as well as weekly specials. Some of the savings examples cited include wild-caught halibut steaks at half-price, organic strawberries at $2.99 ($2 cheaper than normal), and buy-one-get-one-free deals for Whole Foods’ sparkling water.

In order to use the discount, shoppers can download the Whole Foods app, which will provide them with a scannable barcode. If you don’t have your phone handy, you can also ask the cashier to look up your account via phone number.

Don’t go rushing out to the local Whole Paycheck for that discount just yet. The program is only up and running in Whole Foods’ 28 Florida locations. However, the program is expected to roll out across the nation at some point this summer. That not only includes regular Whole Foods stores, but also 365 spinoff stores.

Amazon made waves when they purchased the high-end supermarket last year and immediately slashed prices. However, those price cuts seemed to disappear soon after, causing consumers to wonder if there was some kind of bait-and-switch at work. Amazon has been working out the kinks since then, dealing with archaic buying systems that were leaving shelves empty and getting Whole Foods in line with their corporate strategy.

A big part of that strategy appears to be cornering the market on where you buy, well, everything. Between Whole Foods, Amazon Go, Amazon Fresh and many other initiatives, the company clearly wants to get into your neighborhood and be the place where you do all your shopping (or bring that shopping to you). You can be sure that tying it all together under the Amazon Prime membership is a big part of making this work, because if it continues to be such a good deal, why wouldn’t you just keep using it?