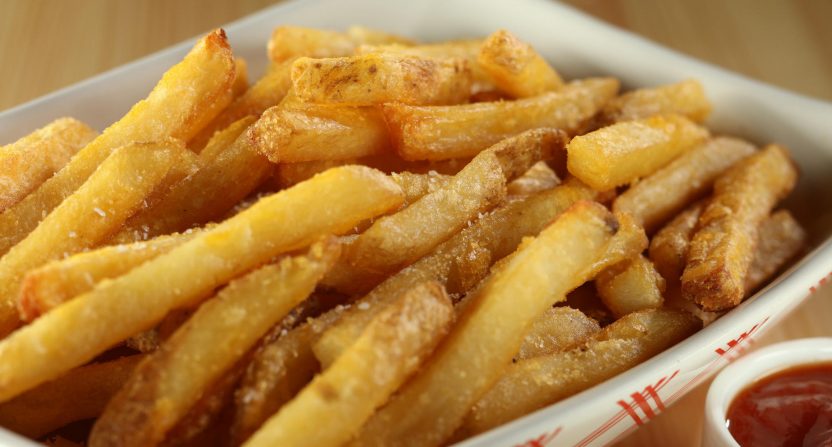 One thing the COVID-19 pandemic has done was create a surplus of food. While people are getting takeout from their local restaurants, it remains that fewer people are going out to eat all over the world. Last month, because there was no March Madness, there was a surplus of chicken wings. Now, Belgium is dealing with a potato surplus by telling people to eat more fries.

According to CNN, Belgium’s association of potato producers (Belgapom) is telling residents to eat an extra portion of fries, or “frites,” each week in order to counteract a sizable potato surplus due to the pandemic. It’s noted that potato farmers in Belgium will be sitting on 750,000 tons of potatoes this year and there’s a chance that’ll go to waste if people don’t start eating more potatoes.

Unlike the United States, fries are more of a meal in Belgium. In fact, even though we assume French fries came from France, there’s evidence to suggest they may have came from Belgium instead. Either way, Belgium is serious about their frites and they are the “world’s largest exporter of frozen fries” so this situation is serious.

It’s estimated by Belgapom that consumption of fries around the world has dropped 40 percent since the pandemic began and local agriculture agencies have created websites that offer recipes that use potatoes as well as “encouraging people to post their dishes on social media.”

According to the New York Daily News, 25 tons of potatoes per week will be donated to local food banks in Belgium through the end of May but that’s just a dent on the total surplus. Thankfully, this is something where an entire country can come together to do their part and help out their local farmers in a time of need. So if you’re in Belgium or you’re elsewhere in the world and may want to contribute to the cause, you have Belgium’s permission to eat more fries.