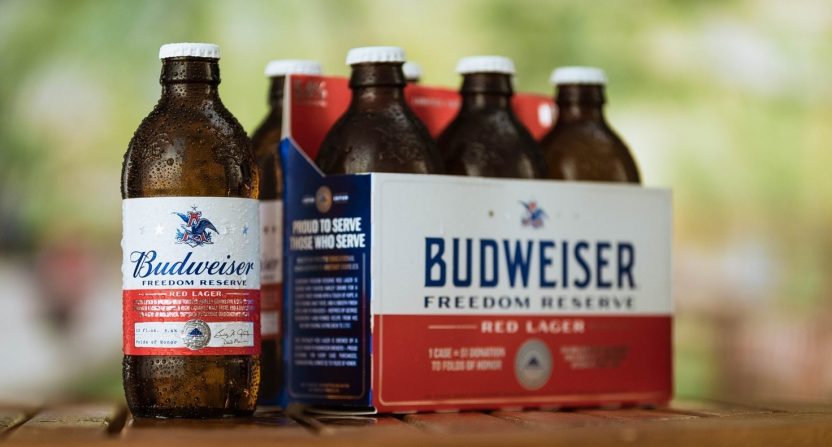 You probably remember George Washington from all that “leading the American Revolution and becoming the first President of the United States” business. But did you know that he was also a homebrewer? George was such a dabbler in the craft beer world (back when every beer was a craft beer by its nature) that he left behind some recipes for future generations to use.

For better or worse, Anheuser-Busch got their hands on one of those recipes and used it as the inspiration for a new beer called Freedom Reserve Red Lager.

You can actually see the recipe here as it’s been archived in the New York Public Library. In fairness, it’s less of a recipe and more like instructions on how to brew.

Take a large Sifter full of Bran Hops to your Taste — Boil these 3 hours. Then strain out 30 Gall. into a Cooler put in 3 Gallons Molasses while the Beer is scalding hot or rather drain the molasses into the Cooler. Strain the Beer on it while boiling hot let this stand til it is little more than Blood warm. Then put in a quart of Yeast if the weather is very cold cover it over with a Blanket. Let it work in the Cooler 24 hours then put it into the Cask. leave the Bung open til it is almost done working — Bottle it that day Week it was Brewed.

Who doesn’t like a little “blood warm” beer now and again?

The lack of specificity involved means Anheuser-Bursch could play pretty fast and loose with the whole “George Washington recipe” thing. They ended up updating the process with some conventional ingredients such as toasted barley, caramel malts, and some molasses, which gives it some legs to stand on as a unique brew in their collection.

Even if you’re not a Bud drinker and don’t like to support macro-breweries, you have a little bit of incentive to at least try this one out. Some proceeds from sales of Freedom Reserve Red Lager benefit veterans through the Folds of Honor program. You should be able to find it soon on local shelves and it will be available through September in bottles or one-pint cans.

At the very least, you can’t go wrong drinking George Washington’s beer on the Fourth of July.