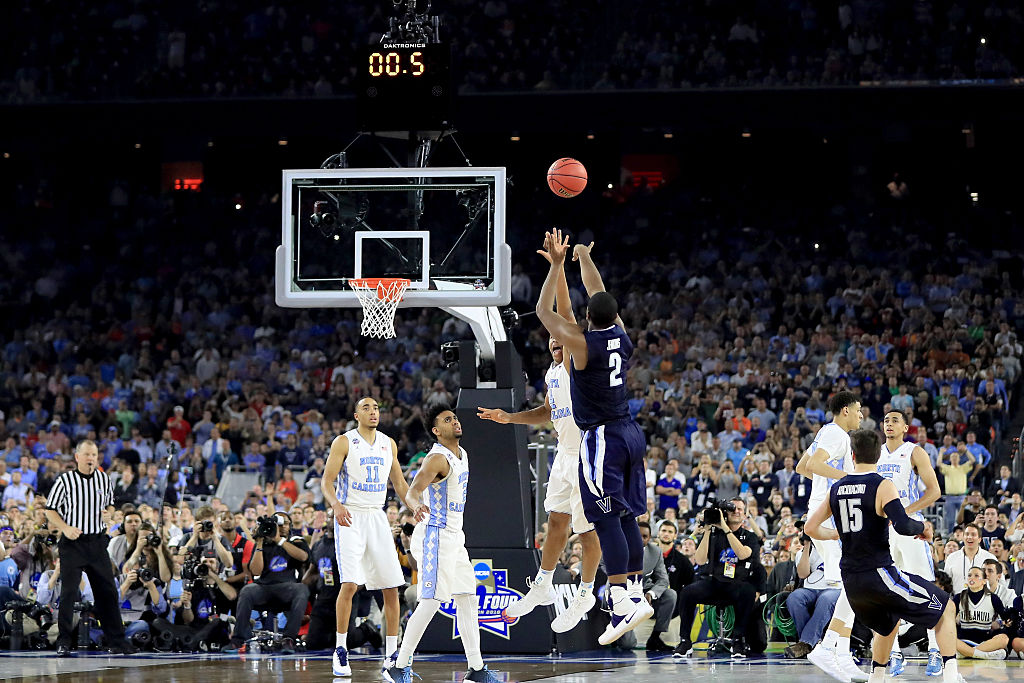 Our year-end countdown continues here at The Comeback, this time remembering the Top 10 Games of 2016.

Compiling this list was an almost impossible task given the sheer number of memorable encounters we witnessed this year. But the Top 10 Games of the year was my absolute favorite show on ESPN growing up and it’s a shame SportsCenter doesn’t do it anymore, probably because they need more time to devote to Stephen A. Smith yelling about something.

So it’s up to us to make the impossible possible and narrow down thousands upon thousands of fantastic games into a neat and tidy internet listicle of just 10. If you’d like to take a longer walk down memory lane, you can relive our list of the best games from 2015 right here.

While not quite the epic that we’ve seen between these two in the past, the last-ever duel between Peyton Manning and Tom Brady in one more AFC Championship Game has to make our list. Patriots-Broncos went all the way down to the wire for a berth in Super Bowl L.

With Denver leading by eight in the final minutes, the Patriots drove down the field for a touchdown with just 12 seconds left on 4th-and-goal. Needing a two-point conversion to force overtime, Tom Brady was intercepted by Bradley Roby.

2016 was an amazing year in soccer (as you’ll see below) with many candidates for games to make our list. We saw not one, but two Premier League games finish 5-4. We saw the Copa America Centenario Final and Olympic Gold Medal match decided by thrilling penalty kick shootouts. We fell in love with underdogs like Iceland and Leicester City.

But the best game of the year might have been the second leg of the Europa League QF between European heavyweights Liverpool and Borussia Dortmund. The Europa League rarely produces such a heavyweight encounter, but the drama of Jurgen Klopp facing his former side and Liverpool overturning a 3-1 deficit to win 4-3 in stoppage time made it truly special.

A championship decider. A last-second shot. AND a controversial officiating call? Sparks-Lynx had it all in Game 5 of this year’s WNBA Finals. Candace Parker led the Sparks with 28 points and 12 rebounds and Nneka Ogwumike scored the game-winner with 3.1 seconds to go.

However, LA’s 77-76 win wasn’t without controversy as the league admitted to missing a shot clock violation on another Ogwumike basket with just over a minute left to play.

We’re putting the entire game here because you need to watch this entire game. Because when it comes to pure sporting brilliance, there may not be a better game from 2016. Although the stakes weren’t too high with a December meeting in the regular season, two of the winningest programs in NCAA basketball history put on quite the show.

UK beat UNC 103-100, thanks to an amazing 47 points from freshman Malik Monk including one clutch shot after another. It was simply everything college basketball should aspire to be.

Golf is not traditionally a one-on-one sport. It’s you against the course. That rarity of direct competition and the rivalry between the USA and Europe is what makes the Ryder Cup so special. There may have been no more passionate and explosive singles match in the history of golf than Patrick Reed and Rory McIlroy on Ryder Cup Sunday.

The front nine in particular was some of the most electric golf ever seen on television. On holes 5-8, Reed and McIlroy were an incredible 9-under par combined. With the back nine becoming a much more tense affair, Reed held on for a 1-up victory that helped the USA reclaim the Ryder Cup.

With Jim Harbaugh’s return to Michigan, The Game has definitely picked up in intensity once again after years of Ohio State domination and the Wolverines’ struggles. However, Harbaugh still hasn’t led Michigan to a victory over the Buckeyes even though he got within inches this year.

For the 2016 version, it was No. 2 Ohio State hosting No. 3 Michigan as a de facto College Football Playoff quarterfinal game. Michigan took a 17-7 lead in Columbus as its top defense stifled the explosive Ohio State offense. The Buckeyes came back though and forced overtime with the score tied 17-17, the first extra frame in the history of the rivalry. After trading touchdowns in the first overtime, the Buckeyes held the Wolverines to a field goal in the second OT. And after that 4th & 1 call, Curtis Samuel danced into the endzone and OSU had once again vanquished their bitter rival.

Only one person had ever shot 63 in the final round to win a major championship before this year: Johnny Miller. (You may have heard that once or twice watching NBC’s golf coverage.) Henrik Stenson became the second this year at the British Open at Royal Troon, doing so in the best final round duel since Tom Watson and Jack Nicklaus almost four decades prior. In fact, even Nicklaus himself said the show put on by Stenson and Phil Mickelson was better.

On Sunday, Stenson shot a 63 while Mickelson shot a 65 in a stunning display where the pair traded birdies back and forth all day. To put their performance in perspective, the third-placed golfer was a full 11 shots further behind Mickelson after Stenson’s 3-shot victory. The moment of the round came when Stenson buried a 50-footer on the 15th hole to take a 2-shot lead and effectively seal his first major triumph.

The top three on this list are all fairly obvious choices, it’s just the order that might be debatable. First up is the historic national championship game in college basketball. Everyone remembers Kris Jenkins’ historic buzzer beater, where he lived out every young basketball player’s childhood fantasy by winning a championship with a shot at the final horn.

But what made it so much more dramatic (and what we all forget about now) was Marcus Paige’s incredible double clutch 3-pointer that tied the game with just seconds to go. That shot completed a 10-point comeback for the Tar Heels with just over five minutes to go. Alas, Jenkins and Villanova had the final say as they won their first title since 1985.

A city winning their first championship in 50 years? Check. Overcoming a 3-1 deficit for the first time in NBA Finals history? Check. Winning a Game 7 on the road in the final minute? Check. One of the most remarkable plays in NBA history taking place with LeBron James’ chasedown block of Andre Iguodala? Check. The promised one fulfill his own promise and finally bringing a title home? Check.

It’s impossible to put into words all these months later just how tense those final minutes of Game 7 in Oakland were. Klay Thompson tied it 89-89 with 4:39 on the 4th quarter clock. It took 13 possessions until Kyrie Irving made what would be the game-winning 3-pointer with 53 seconds to play. 13 possessions! With each stop, the drama just built and built and built. One of those stops was, of course, the most memorable block ever seen in the NBA by James. He notched his historic triple-double, but also had help from Irving and Kevin Love, who played excellent defense on Steph Curry after Irving had given the Cavs the lead.

How does this game not make it as the top game of 2016? Only the end of the longest championship drought in the history of sports and maybe the greatest Game 7 in World Series history.

It may be a cliche that makes your stomach turn, but if there was ever a sporting event where you wish both teams could have won, it was Game 7 of the World Series between the Chicago Cubs and the Cleveland Indians. The two championship-starved franchises played an incredible Game 7 that was the stuff of legend.

It started when Cubs center fielder Dexter Fowler led off the game with a home run in the top of the first inning. After the Indians tied it, the Cubs built a 5-1 lead by the top of the fifth inning. The Indians closed to 5-3 in the bottom half, but veteran catcher David Ross hit a home run off star reliever Andrew Miller to make the lead 6-3. In the bottom of the eighth, the Indians rallied once again. It all culminated in another unlikely hero going deep, Indians outfielder Rajai Davis hitting a tying home run off Aroldis Chapman. The game went to extra innings with the score tied 6-6.

As if that wasn’t enough, there was a RAIN DELAY before the start of the 10th inning. It didn’t bother the Cubs, though, as they scored two runs, thanks to RBI hits from Ben Zobrist and Miguel Montero. The Indians tried their best in the bottom half, scoring one run, but ultimately falling short. Kris Bryant made the final out and secured the 8-7 Game 7 victory, ending a 108-year championship drought. Maybe the epic Game 7 didn’t make it completely worth the wait, but it came pretty darn close.