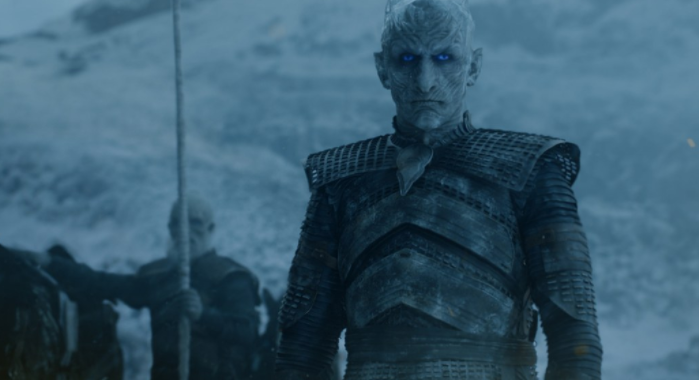 WE’VE GOT A PILOT OVER HERE!

On Friday, HBO announced that they had ordered a pilot for one of the five Game of Thrones prequels they had in development.

The pilot’s story was written by George R.R. Martin, the author of the A Song of Ice and Fire series who took time away from not writing The Winds of Winter to work on this project. Jane Goldman, who co-wrote the Kingsman series of movies and X-Men: First Class, will serve as the showrunner.

As for the plot of the pilot? HBO isn’t giving us much information.

The pilot will take place “thousands of years before the events of ‘Game of Thrones,’” the network said in a statement. It did not say when the pilot might air.

“The series chronicles the world’s descent from the golden Age of Heroes into its darkest hour,” HBO added. “And only one thing is for sure: From the horrifying secrets of Westeros’s history to the true origin of the White Walkers, the mysteries of the East to the Starks of legend … it’s not the story we think we know.”

This doesn’t help us much in terms of timing, but one would think it’s going to focus on the Long Night – this is the generational winter where the White Walkers wreaked havoc on Westeros. The limited history of this event on the far too detailed A Wiki of Ice and Fire gives the impression that this story could somewhat resemble the current war Jon Snow is waging against the White Walkers. That story could also deal with the creation of the Night’s Watch and, eventually, the Night’s King. The “mysteries of the East” could definitely refer to House Targaryen’s rise into (eventually, thousands of years later) one of Westeros’s main houses, and given how many Starks there have been throughout history, the possibilities there are limitless.

Alright, I’ve talked myself into it. This could be real good.

Last year, we explored the possibility of the prequel series being an anthology series instead of one ongoing series, which could work if HBO decides to order the series and progress the storyline further into the history of Westeros. But if they’re just going to focus on the Age of Heroes, there would be plenty of stories from that era that could explain the backstory for most of the events from the series.