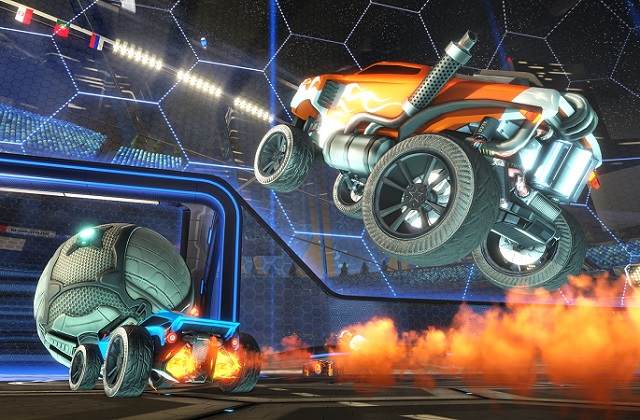 With 2015 coming to a close, it’s time to reflect on the past year in sports and entertainment. You know what that means: Lists! We’ll be rolling out plenty of year-end lists for you here at The Comeback during the next couple of weeks that sum up the best we’ve seen this year.

First up, we reflect on the year in video games. The following list presents examples of some of the best games that came out in 2015, with a little bit about why we think they deserve your attention. Use these suggestions to fill out your wish list or spark gift ideas for the hardcover video gamer in your life.

10. Super Mario Maker
Nintendo has traditionally prevented enterprising modders from creating new skins and sound sets for their games, especially its flagship franchises like Super Mario Bros. This year, however, aspiring level designers were given the keys to the Mushroom Kingdom when Nintendo released Super Mario Maker for the WiiU, enabling players to create new levels and share them with other players. A lot of stereotypes and assumptions get lobbed at gamers as a whole, but examples in this video show that when you crowdsource creativity in the gamer community, you get back a lot of unique and fun content.

9. Destiny: The Taken King
“Destiny” was released to tepid reviews last year, with critics lamenting the brief and insubstantial story and the stiff voice acting. The addictive cooperative and competitive multiplayer and seamless levelling system kept players coming back, however. “The Taken King,” the latest expansion to the core game, shows the monumental efforts that developer Bungie has undertaken to keep the game fresh and to address players’ concerns. The new story content is fantastic, and since the content is all additive, the new multiplayer arenas and strike missions add variety to an already rich array of content. Any game where you can acquire a giant machine gun called “Zombie Apocalypse WF47” or a shotgun called “Secret Handshake” has to be a winner, right?

Destiny: The Taken King available for PS3, PS4, Xbox One and Xbox 360

8. Batman: Arkham Knight
Conventional wisdom holds that video games made from licensed properties are uniformly terrible, usually thrown together quickly in order to coincide with whatever superhero or movie tie-in the game is supposed to represent. The Batman: Arkham X series, however, has proven to be a fantastic exception to that rule. The initial entry, Batman: Arkham Asylum was praised for its excellent stealth mechanics and combo-driven combat that let players step into the tall rubber boots of the Caped Crusader himself, sneaking around and taking out bad guys with gadgets, stealth and a healthy helping of fisticuffs. Batman: Arkham Knight returns the series to the hands of original developer Rocksteady and brings back a lot of the magic that people saw in the series’ earlier entries.

Batman: Arkham Knight available for PS4, Xbox One, and PC

7. The Witcher 3: Wild Hunt
The Witcher series has carved a niche for itself in the fantasy role-playing game genre, infusing conventional tropes with adult themes and a twisted mixture of dark, Eastern European mythology. The game presents deep systems and action-based combat that allow players to customize the game to their style. It also sports a rich plotline and deep drama that keeps players engaged by peeking into every nook and cranny of this fantasy world, uncovering small details gorgeously rendered by developer CD Projekt Red. Those looking for a game with more of an HBO attitude than a SyFy sensibility, The Witcher 3: Wild Hunt might be the way to go.

The Witcher 3: Wild Hunt available for PS4, Xbox One and PC 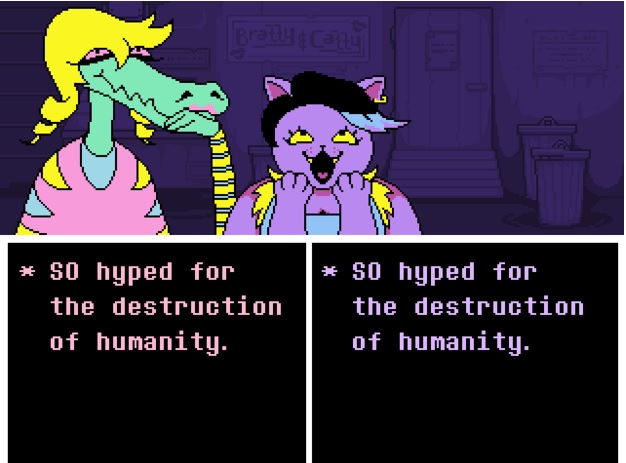 6. Undertale
2015 has also been a great year for smaller, independent game developers as well. Undertale is a very recent entry into the field that has taken critics and players by storm. A shorter, quirky RPG that has the trappings of an old school NES game from the ‘80s like Dragon Quest or Final Fantasy, but has the heart and quirky charm of later genre send-ups like Earthbound. Rather than being purely combat-focused, the game gives players the option to resolve encounters peacefully through actions like “Criticize,”, “Hug,” or “Dance.” Story-driven and handcrafted, Undertale marks a high point for indie games in 2015, and is the perfect, inexpensive gift for the jaded PC gamer who thinks he or she has seen it all.