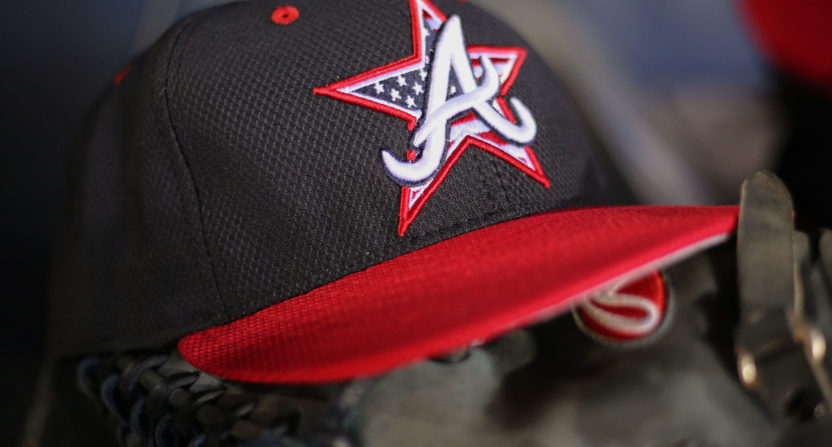 On Tuesday, the long-awaited penalties were dished out to the Atlanta Braves for rules violations in MLB’s international market last summer. And boy oh boy, they were some hefty penalties.

Other penalties: The Braves will not be allowed to sign 14-year-old shortstop Robert Puason, the top player in the class of 2019, with whom they had illegally struck a deal. Atlanta also will lose a third-round draft pick in 2018 for offering inducements to a drafted player.

In short, the Braves had to give up 13 minor league prospects, won’t be allowed to sign any international prospect for more than a pittance for the next four years, and lose a third-round draft pick next June.

That… actually doesn’t seem that bad?

Only two of Atlanta’s top 30 prospects, Kevin Maitan and Abraham Gutierrez, are affected by the ruling. They’ll keep Ronald Acuna, arguably the top prospect in all of baseball. They’ll keep Kolby Allard, Ian Anderson, Austin Riley, Mike Soroka, Joey Wentz, and Kyle Wright, their first round draft picks over the last three seasons who make up the bulk of their top ten.

Losing a third round pick will hurt the Braves’ draft pool allotment in June, but the pick itself is far from a sure thing. Atlanta got both Matt Harrison and Craig Kimbrel in the third round over the last 15 years, but also picked up players like JC Holt, Joe Leonard, and Chad Rodgers, who never made it to The Show.

The international spending restrictions are what will likely hurt the Braves the most, and here are the details of those restrictions via Yahoo’s Jeff Passan.

Atlanta, limited to spending a maximum of $300,000 for a player in the 2017-18 and 2018-19 signing periods, will face severe penalties in the two periods thereafter, according to sources. In 2019-20, Atlanta will be restricted from spending more than $10,000 per player – and will be banned from signing Robert Puason, the 14-year-old shortstop from the Dominican Republic with whom the Braves had struck a deal deemed illegal because of his age. Come 2020-21, the Braves will lose half their signing-bonus pool, which is expected to be $4.75 million.

It will also be interesting to see if MLB further continues to crack down on teams playing fast and loose with international signing rules, which Passan noted was commonplace in his article about the punishments.

As the investigation into the Braves unfolded, executives around baseball agreed that other teams disregard the rules in similar fashion to Atlanta. The Braves were simply the ones caught.

I think everyone expected the Braves to get hammered by MLB here, and that’s what happened. This isn’t an SMU-like death sentence, though. Even losing all of those prospects, Atlanta still has (at worst) a top three farm system in MLB. This won’t effect them during the 2018 season at all, aside from the fact that they have a new GM in Alex Anthopoulos pulling the strings.

The real question here is whether or not MLB keeps cracking down on international signing shenanigans, or if any further issues are ignored by MLB. If it’s the latter, Braves fans have a right to be incredibly pissed off. If it’s the former, MLB will have successfully deflated international bonuses and will have paved the road towards an international draft in their future, which has been one of their main goals for years.