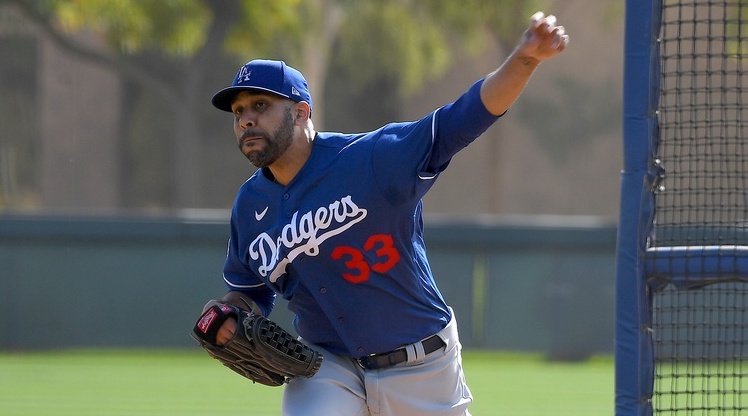 How much could the Los Angeles Dodgers use David Price right now?

The National League champions effectively have a two-man starting rotation in the World Series with Clayton Kershaw and Walker Buehler. Maybe three, if Julio Urias (scheduled to start Game 4) is included. But the Dodgers could have a solid, unquestioned three-man starting staff if Price hadn’t opted out of the 2020 season back in July.

At the time, Price’s decision was understandable, even sensible. Baseball — or any sport — playing a season while COVID-19 testing was unreliable, with everyone involved in gameday operations traveling to and from ballparks instead of working in a bubble setup, didn’t seem plausible.

Besides, if any team could withstand losing Price, it was the Dodgers. Besides Kershaw, Buehler, and Urias, the team also had top pitching prospects Dustin May and Tony Gonsolin, along with veteran Alex Wood. And with a shortened 60-game season, the Dodgers could fill in any rotation gaps with their deep bullpen, using an array of relievers in “bullpen games.”

The Dodgers certainly didn’t appear to miss Price, compiling MLB’s best record during the regular season at 43-17. But the accelerated postseason, with very few off-days to keep the schedule moving and no need for travel with divisional and league championship games played at neutral sites, has exposed a thin starting rotation.

In losing Game 2 of the World Series Wednesday night, the Dodgers started Tony Gonsolin but manager Dave Roberts pulled the rookie after facing just four Tampa Bay Rays batters and throwing only 29 pitches. (Gonsolin did give up a home run to Brandon Lowe, however.)

If you have enough faith in Gonsolin to start him in a World Series game, you have to give him a chance to get into a rhythm and get outs. Because he could’ve done better than this. If you don’t have in the guy, don’t put him in a position to fail. Ditto with May.

That led to the Dodgers using six more pitchers in the ballgame. Maybe that didn’t tap out the bullpen; the Dodgers have 12 relievers on their World Series roster. And with an off-day Thursday, everyone who pitched had a day to rest before Friday’s Game 3. But Roberts appeared to be scrambling, constantly looking for the right matchup while the Dodgers’ lineup struggled to score runs against Blake Snell and the Rays’ formidable relief corps.

Taking that a bit further, it looked like Roberts was willing to sacrifice Game 2 in order to set up his rotation for the rest of the series. Walker Buehler, the Dodgers’ best starter, could pitch Game 3 after five days’ rest. He’d also be in line to start Game 7 on full rest, if necessary.

Yet with that long-term strategy, did the Dodgers hurt themselves in the short term? The trio of analysts on FS1’s postgame show — Frank Thomas, Alex Rodriguez, and David Ortiz — questioned that approach, believing the Dodgers should’ve pressed their advantage after winning Game 1.

Are Dodgers outsmarting themselves planning for Game 7? pic.twitter.com/mg3fszXrRV

Of course, even if the Dodgers had been more aggressive, a Game 2 victory was hardly guaranteed. The Rays finished with the American League’s best record at 40-20. They were not going to lose a four-game sweep to the Dodgers. Tampa Bay could very well win this series. It’s a highly competitive matchup between two evenly matched teams.

Even with Buehler starting Game 3, the Rays counter with Charlie Morton and his 0.57 postseason ERA. So Roberts and president of baseball operations Andrew Friedman mapping out a long-term pitching strategy anticipating a seven-game series is probably smart.

It’s the difference in how managers and executives approach the game versus players. As the FS1 analysts demonstrated, players are engaged in immediate results. Win the game, finish off a reeling opponent. Coaches and front office personnel are looking at a bigger picture, anticipating needs and possible outcomes.

But if David Price was available to pitch for the Dodgers, the team could have it both ways. They could pursue the right now while also looking further down the line.

This isn’t meant to criticize Price for opting out or the Dodgers for perhaps not trying harder to convince him to come back. Price said his health and his family’s health influenced his decision, without going into specifics that the public doesn’t need to know. Being in a clubhouse environment, traveling and interacting with others (including team personnel, ballpark and hotel employees), increased the risk of contracting COVID-19.

Additionally, it’s no certainty that Price would excel. His career 4.62 postseason ERA isn’t particularly impressive. (Boston fans surely celebrate his 1.98 ERA in the 2018 World Series, however.)

And the Rays lineup would be more familiar with him from his days with the Blue Jays and Red Sox. (Yet he has a career 3.42 ERA versus the Rays in 19 appearances.) Not to mention that Price began his career and pitched seven seasons with Tampa Bay, so the organization knows him well.

The Dodgers may end up being fine for the remaining five games of this World Series. Buehler, Urias, and Kershaw starting the next three could be enough. Game 6 might be another bullpen game, but there’s time to work out a better plan with Gonsolin and May more rested. Or Buehler could start on short rest, but he’ll almost certainly be saved for a potential Game 7.

Yet if the Dodgers don’t win the World Series and starting pitching is a factor in that outcome, Price’s absence could be a question that lingers over this 2020 season.