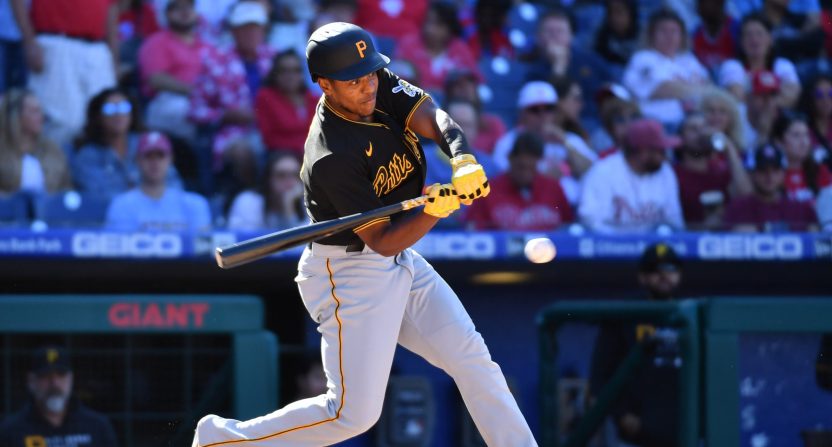 The Pittsburgh Pirates aren’t well-known for their spending. However, the MLB franchise has just agreed on a contract extension with third baseman Ke’Bryan Hayes that, for them, is quite up there.

According to FanSided’s Robert Murray, the deal is for eight years and worth $70 million, including a club option for an additional year.

BREAKING: Ke’Bryan Hayes and the Pittsburgh Pirates are in agreement on a eight-year, $70 million contract extension that includes a club option for a ninth season, according to sources familiar with the situation.

Hayes’ deal is officially the largest contract in Pirates’ history now, surpassing Jason Kendall’s six-year, $60-million contract that he signed in 2000. It’s also the second-biggest contract in MLB history for a player with between one and two years of big-league service time, behind only the $340 million contract the San Diego Padres gave to shortstop Fernando Tatis Jr.

One fun fact that says plenty about the Pirates organization is that this is officially the first guaranteed contract on the books beyond this season. So at the very least, Pittsburgh fans will have Hayes to cheer for next season, if literally nothing else.

News of the contract extension certainly garnered a lot of reactions from around the MLB world, with many feeling like this contract ends up being a steal for the Pirates.

This is now the most team friendly contract in MLB. https://t.co/URIPI2ifJ5

Biggest contract in franchise history, with the Jason Kendall term and dollars both finally getting topped. https://t.co/BSluLyXL8U

That’s a bargain and a half if Hayes hits his ceiling, but it’s generational wealth and hard to say no to coming off a disappointing season. https://t.co/zPB03MEngQ

We’ll see if Ke’Bryan Hayes comes to regret signing a long-term deal with the Pirates or if it works out for everyone involved in the end.