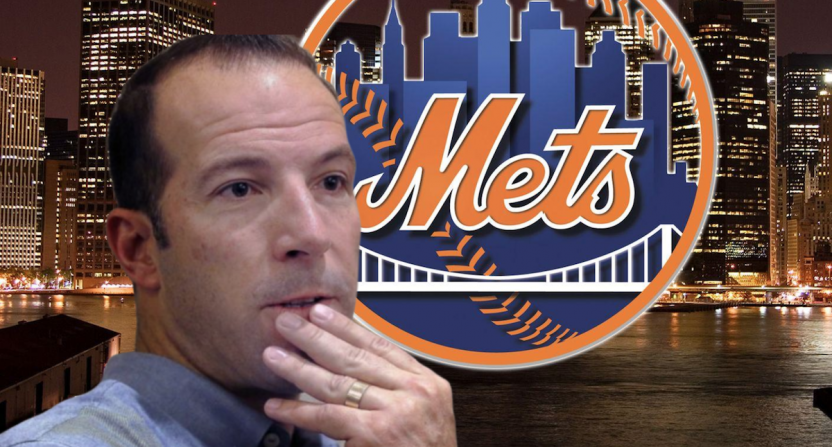 The New York Mets have reportedly hired a new general manager. And the choice should come as a relief to fans who may have been worried about a first-timer taking the position.

According to several reports, the Mets will announce Billy Eppler as their new GM on Friday. Jon Heyman was first with the news, adding that Eppler will sign a four-year contract. Eppler, 46, joins the Mets front office after a year away from Major League Baseball. According to ESPN’s Alden Gonzalez, he spent the past two months working with the William Morris Endeavor agency to expand the company’s representation of baseball players.

Prior to that, however, Eppler was the general manager of the Los Angeles Angels for five seasons from 2016 through 2020. The Angels never had a winning record during his tenure, but he added several impact players through free agency, trades, and the draft.

While he oversaw the Angels’ front office, the team signed Shohei Ohtani and Anthony Rendon. Eppler also inked Mike Trout to a 12-year, $430 million extension. So he has experience putting together big-money deals, an important consideration for the Mets. (Though detractors will point out that he was never able to add an ace-level starting pitcher like Gerrit Cole.)

Players he acquired in trade include Justin Upton, Andrelton Simmons, Tommy La Stella, and Dylan Bundy. Among the prospects Eppler had a hand in drafting were outfielders Jo Adell, Brandon Marsh, and Jordyn Adams, along with shortstop Kyren Paris and pitcher Reid Detmers, all among the team’s top prospects.

For a Mets team also searching for a manager, Eppler working with Mike Scioscia before hiring Brad Ausmus, then Joe Maddon, should also be an important consideration. He’s worked with several veteran managers, with old-school and analytics-based approaches, while also helping to attract top names from the market.

Eppler has plenty of experience in major-league front offices, especially as a talent evaluator with backgrounds in scouting and analytics. That includes 11 years with the New York Yankees, rising from scout to scouting director and assistant general manager under Brian Cashman. Before joining the Yankees, he was a scout for the Colorado Rockies.

Recently, attorney Adam Cromie — who isn’t currently working in MLB — was reportedly the front-runner. He was previously an assistant GM for the Washington Nationals with a background in scouting and analytics that resembles Eppler, albeit without the experience. Hiring a GM who hasn’t even been in baseball for the past three seasons raised plenty of questions and eyebrows among Mets fans and media. But those concerns now won’t have to be addressed.

“Insightful” source in Mike Puma’s article in the New York Post today .The person who can guess the source correctly will have the opportunity to sit with me in my suite at Citifield.First one right wins.

It’s hard to understand how professional hitters can be this unproductive.The best teams have a more disciplined approach.The slugging and OPS numbers don’t lie.

Whether or not working for aggressive, outspoken team owner Steve Cohen was an issue for most candidates under consideration isn’t known. But a boss who isn’t shy about addressing fans and calling out media on Twitter isn’t a situation in which some executives might prefer to work. Also, working under team president Sandy Alderson — who has previous experience running the A’s and Mets — might have raised concerns about interference from above.

Yet Eppler has worked for ambitious owners who might prefer to step over their general manager and pay big money like the Angels’ Arte Moreno. Hal Steinbrenner wasn’t as brash and impulsive as his father, George, and preferred to keep payroll under MLB’s luxury tax threshold. However, that circumstance was amid the intense scrutiny of the New York market and expectations for the Yankees, and that experience may be another factor which was appealing to the Mets.

Related: Mets owner Steve Cohen tweets that MLB draft picks are worth “up to 5x more than slot value”