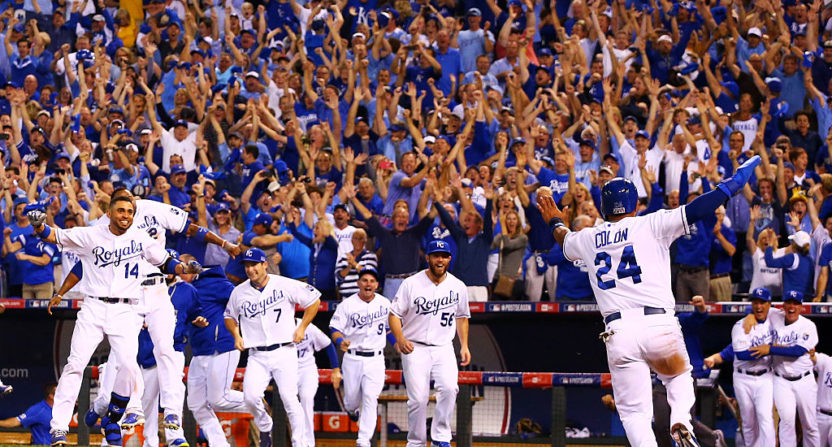 Baseball has cultivated a wide variety of analysis and analytical communities online. Perhaps the widest variety of any sport, actually. If you want numbers, and plenty of them, there are sites like Fangraphs and Baseball Prospectus, staffed with very smart people who do a great job breaking down the how and why of the sport in an entertaining fashion.

On the opposite end of the spectrum, there are plenty of team fan blogs and message boards, and though some do have communities more devoted to a more evolved interpretation of events, there are plenty that feature the exact sort of content you think of when you hear “team message board”. And there are wide swaths of the sporting Internet that inhabits the areas in between those two poles.

Typically I’m more likely to read stuff from the former camp, or at least from people and sites that take into account the underlying data and information baseball offers us. The 162-game season is probably too long for the player, but the sample size it offers is a rare resource in the sports world, and we can generally get a really good idea of who the best players and teams were, are, and will be.

During the regular season, anyway.

In the playoffs, though, baseball’s random nature becomes more apparent; tonight and tomorrow, the one-game Wild Card playoffs for each respective league will determine who makes the full divisional round, and then we get into short series random behavior. In 2017, both Wild Card games feature one team that finished 6 games clear of their opponent over 162 games, but they’ll be forced to take their chances in a contest that features odds little better than a coin flip.

This time of year, from the more analytical side of the spectrum, you might find a few voices decrying or lamenting the random nature of the playoffs as an inferior way to identify the best team. In fact, when the Cubs won last year, there was almost a sigh of relief that the agreed-upon “best team” won the World Series, as though it were now a more legitimate achievement.

Over a larger sample, talent rises to the top. That’s indisputable. And it’s also true that objectively, the team that is the most talented doesn’t always win the World Series, or even make it to the World Series. But while I’m not tossing my (1998 Cubs road) hat in with the other side of the analysis spectrum (they spend too much time in October falling for #narratives), I do think looking down at the playoffs does miss a very important point:

The objective of a baseball team is to win the World Series.

It’s not to build the deepest and most talented roster, or to win the most regular season games. It’s to win the World Series. Obviously there’s a good bit of correlation; without a great roster, you’re not going to win games in the regular season, and you’re not going to make the playoffs. But there’s a reason teams celebrate so much when you win. And not just the players; FOX had a camera on Theo Epstein and his constant fist-pumping throughout the last World Series, after all.

That’s what every team wants to do every year. They don’t want to be “the best team”; had the Cubs lost that game 7 last season, no one would have been comforted by their rightful claim to having been the “best team”, because that’s not an objective. It is in some sports; if baseball were the English Premier League, where the objective is very much to be the best team over the course of a season, this would be something else entirely.

But it’s not. We get the playoffs, featuring a group of the best teams in the sport all competing for the one thing they actually care about. Is it random? Yes, of course it is. Does the best team always win? No, of course not.

That’s why it’s so much fun.