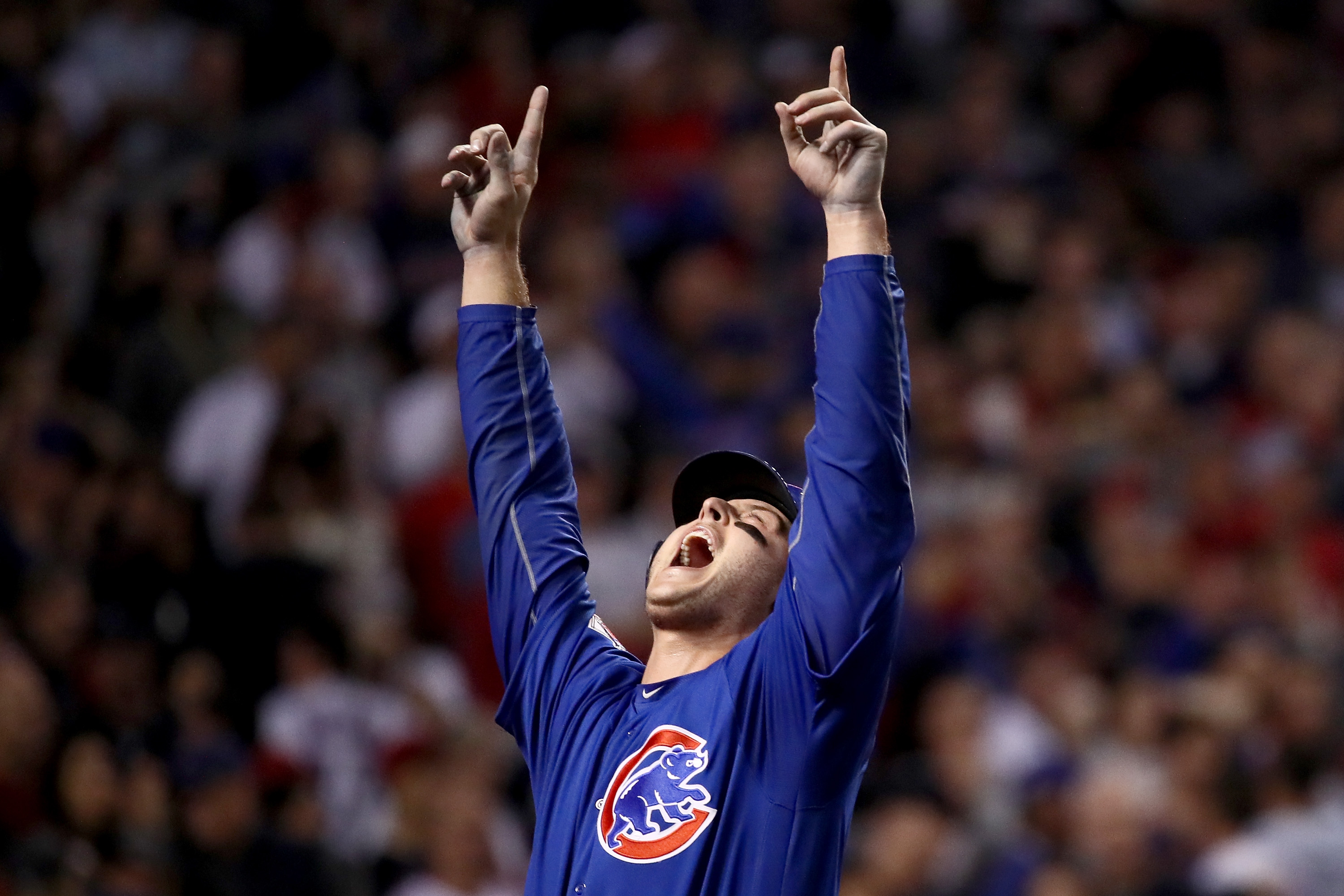 It took 108 years, then seven World Series games, then 10 innings and a rain delay. Wednesday night’s 8-7 heart-stopper featured two blown Cubs leads, several goats (not of the Billy nature,) and numerous heroes. It was one of the most thrilling games any of us have ever seen, and it ended with a mob on the mound for the World Series-champion Chicago Cubs.

And in another way, it feels impossible. Not a person alive can claim memory of the last time the Cubs were champs, in 1908, when Teddy Roosevelt was president and a fancy ride was a horse-drawn carriage. Not only had the Cubs failed to win a World Series in the past century, they’d gone 71 years without even reaching the Fall Classic. For most of your grandpa’s lifetime, the Chicago Cubs have been terrible. Now they’re champions.

They’re champions because of Kyle Hendricks, acquired in a trade you didn’t notice back in 2012. He threw 4 2/3 innings Wednesday and left with a 5-1 lead.

They’re champions because of Kris Bryant, the likely MVP picked second in the 2013 amateur draft. He scored two key runs Wednesday, largely thanks to some heady and aggressive base-running.

They’re champions because of Jon Lester, signed to a massive contract before the 2015 season. He entered in relief Wednesday and overcame some early struggles to deliver three strong innings.

They’re champions because of Ben Zobrist, inked this past offseason. He drove in the go-ahead run in the 10th inning, putting a merciful end to the madness.

They’re champions because of Mike Montgomery, picked up at the trade deadline in a deal much more subtle than the one that brought another lefty reliever to town. He’ll forever be the answer to an unbelievable trivia question: Who recorded the final out of the Cubs’ World Series title?

They’re champions because of Anthony Rizzo and Addison Russell and Javy Baez and Jake Arrieta and Dexter Fowler and David Ross and on and on and on. They used all 25 guys at some point on the way to Game 7 and then employed most of them in the momentous final contest.

The man who built this near-flawless team, Theo Epstein, now goes down as one of the two best baseball executives of all-time (alongside Branch Rickey) and the sports world’s most accomplished curse-breaker. Not everyone believed in Epstein’s vision when he tore down the Cubs and sentenced Chicago fans to a series of 90-loss seasons. Now that he’s won his third World Series, with a roster he constructed essentially from scratch, there’s no doubting his genius.

The Cubs’ manager, Joe Maddon, did not have a good night Wednesday. He pulled Hendricks too early and left Lester in too long. He saw his questionable decision to pitch Chapman in a five-run game Tuesday come back to bite him a day later. But from here on, Maddon will be remembered in the Windy City and beyond as the man who skippered the Cubs to a championship. He’ll never again buy a drink at the Cubby Bear, questionable bullpen machinations be damned.

The Chicago Cubs are World Series champions. The  sentence almost doesn’t compute. It’s as if the words are in the wrong order.

Cubs fandom will never be the same after Wednesday. From now on, Cubs fans won’t shudder at the thought of 1908, they’ll smile at the memory of 2016. The Red Sox, after ending an 86-year draught in 2004, transformed instantly from lovable losers to intolerable behemoths. Will the same happen to the Cubs, who are stocked with young talent and positioned for much more success to come?

That’s a concern for another day. Wednesday night is about a championship both inevitable and impossible. A championship Cubs fans have waited a century to celebrate.