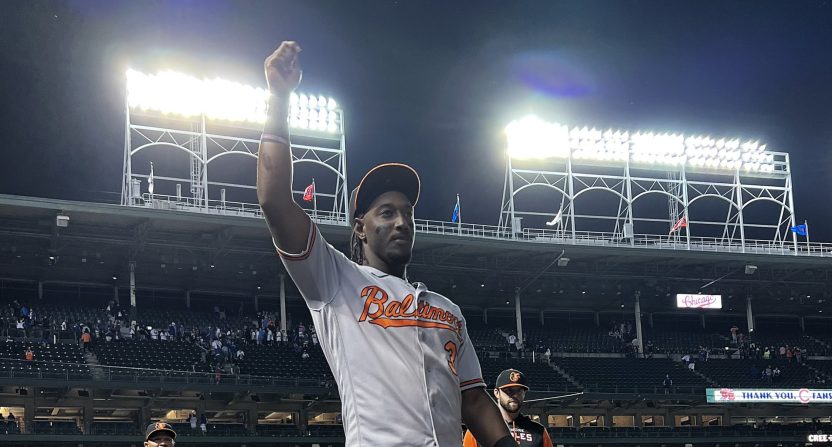 The Baltimore Orioles moved their winning streak to 10 games on Wednesday with a 7-1 victory over the Chicago Cubs. It was a significant victory for both the Orioles as well as their American League East rivals.

With the win, Baltimore moved to 45-44 on the season. This is the first time that Baltimore has had a winning record this late in the season since 2017. Heck, it’s the first time that the Orioles have had a winning record at any point of a season since they were 4-3 in 2021. Baltimore has lost 108 or more games in each of the last three full seasons and won only 47 games for the entire 2018 season and 52 in all of 2021. So, being 45-44 is a big deal.

That’s the good news for the Orioles. The bad news is that despite their resurgence, they’re still in last place. This is because every other team in the American League East has a winning record. And while that’s not unprecedented, it’s something we haven’t seen in 10 years and have only seen three times in the Wild Card era.

MLB fans had a lot to say about the American League East’s dominance.

In 2012, the #Orioles made the playoffs… I'm just saying #Birdland https://t.co/eM7mfvlACE

The AL East is a machine pic.twitter.com/4xYpHmFu0i

If anyone thinks the AL East is not the toughest division in baseball, they are not intelligent. https://t.co/Rr02me56Y8

This also begs the question, how did those previous divisions end up?

While four of the five NL East teams finished above .500 in 2005 (and the fifth was 81-81), the National League East produced no Wild Card teams that season. But under the structure that was in place from 2012-2021, the runner-up Philadelphia Phillies would have been the second Wild Card. Furthermore, under the current postseason structure, the New York Mets and then Florida Marlins would have tied for the third Wild Card spot.

While depth was key for the NL East in 2005, the AL East ended up top-heavy in 2012. The runner-up Baltimore Orioles qualified for (and won) the Wild Card Game. The Tampa Bay Rays missed the postseason but at 90-72, would have been the No. 3 Wild Card team under the present format. Things didn’t go so well for the Toronto Blue Jays or Boston Red Sox. They struggled in the second half of the 2012 season, finishing at 73-89 and 69-93, respectively.

Time will tell how the American League East will end up in 2022. But more than halfway into the season, the five teams have combined to make the division awfully impressive and one that other teams are probably not all too eager to face.