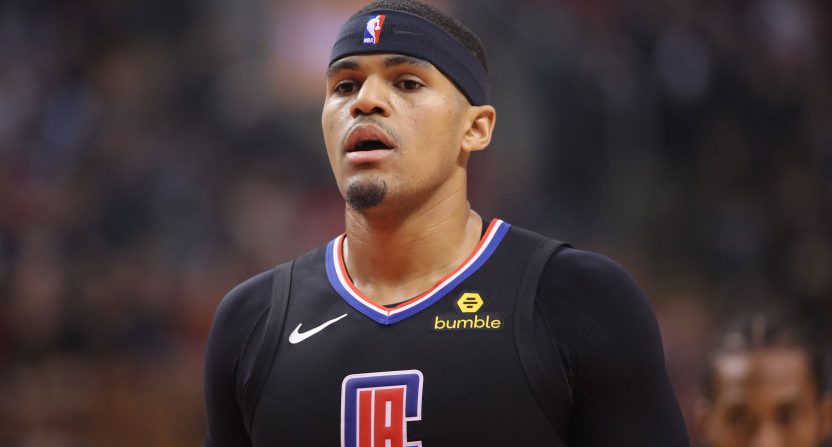 For the first time in a long time, the race to represent the Eastern Conference in the NBA Finals is wide open. For the past seven years, we’ve been able to pencil in whichever team LeBron James has played for to be in the NBA Finals. Even when there was drama, even when there was an uphill battle to climb, James always seemed to find a way to navigate the Eastern Conference. But with LeBron now in Los Angeles, there will finally be some fresh faces in the association’s greatest showcase.

The question now is who exactly that will be. And at this point in the season it really couldn’t be closer. In fact, Vegas says it can’t. Four teams in the East – the Bucks, Celtics, Raptors, and 76ers – all have the same 10/1 odds behind the Warriors as joint second favorites to win the NBA championship. Unfortunately for the Pacers, the team that currently sits fourth in the Eastern Conference, there isn’t much belief in their chances after the devastating season-ending injury to Victor Oladipo.

It’s obvious that these teams know the Finals window is wide open because three of them made major moves at the trade deadline. The Celtics stood pat, seemingly content to wait for this summer when they might be able to entice the Pelicans into an Anthony Davis trade and convince Kyrie Irving to commit long term. The Raptors, Bucks, and 76ers all made significant roster changes.

The Raptors got three-time All-Star center Marc Gasol from the Grizzlies in exchange for Jonas Valanciunas and others.

The Bucks made a trade with the Pelicans, but not for Davis. They acquired Nikola Mirotic for an assortment of players and picks.

However, the biggest and boldest move of the deadline was pulled off by rookie 76ers GM Elton Brand. The former Duke and Los Angeles Clippers star rolled the dice by trading with his old team for Tobias Harris. The Sixers got Harris, as well as Boban Marjanovic and Mike Scott from the Clippers. However, they gave up a lot to get a trio of players that should help right away – rookie success story Landry Shamet, Wilson Chandler, Mike Muscala, two first-round picks, and two second-round picks. One of those first-rounders is Miami’s unprotected 2021 first-rounder, which could end up being in the lottery.

While the Bucks and Raptors improved their teams, the Sixers’ move was one that pushed all their chips to the middle of the table to win this season. The franchise had already been incredibly aggressive in netting Jimmy Butler from the T’Wolves earlier this season. Now the Sixers don’t just have a Big 3, they have a Big 4 with Butler, Harris, Ben Simmons, and Joel Embiid. The future isn’t guaranteed with Butler and Harris becoming free agents, but the franchise is clearly hoping that it’s a core that goes beyond this season.

The Sixers are budgeting to re-sign and keep a new Big 4, including free agents Tobias Harris and Jimmy Butler this summer, league sources tell ESPN. Philadelphia has long-term plans for Harris, Butler, Joel Embiid and Ben Simmons together.

Being able to keep Harris and Butler will be huge for the Sixers’ future, especially considering that the team finally gave up on former #1 overall pick Markelle Fultz, who was shipped to Orlando for a return that reflects how Fultz’s career has been a Twilight Zone experience. It’s remarkable that the franchise is in the shape it’s in given how Fultz has been such a bizarre non-factor.

But what about this year? Is Harris’ addition enough to separate the Sixers from the rest of their rivals in the Eastern Conference?

The arguments in favor of that being true are plain to see. Harris averaged over 20 points a game this season for the Clippers and fits perfectly into Philadelphia’s lineup. With their Big 4 and J.J. Redick stretching the floor, it may be the best starting lineup in the entire NBA. Yes, that includes the Golden State Warriors. Harris adds another deep threat to stretch the floor with Redick to complement Embiid’s dominance in the paint and Simmons’ driving ability. He’s eighth in the NBA in three-point percentage and can effectively play with or without the ball in his hands. (Given the amount of talent in Philly it’ll probably be the latter most trips down the floor.)

No lineup in the East — not even the Celtics at their healthiest — can match up head-to-head with Philly’s new starting five. Their depth might be a question, but they should have what on paper looks to be the strongest roster in the Eastern Conference.

But that’s on paper. On the more pragmatic side, there has to be a bit of a wait and see approach. The hype surrounding the Butler trade was enormous when he was added earlier this season. The Sixers suddenly had a Big 3 and could build on The Process to be one of the favorites in the East. However, they haven’t exactly run roughshod over the conference. The Sixers are 26-14 in games that Butler has played this season, which is good, but would still put them behind Milwaukee and Toronto if extrapolated over the course of the entire regular season. Overall, the Sixers wouldn’t even have homecourt advantage in the first round of the playoffs if the season were to end today. They would be on the road at the Pacers.

Philly currently sits fifth in the Eastern Conference, 6.5 games behind the Bucks for the top seed. In reality, the Sixers haven’t really figured it out yet even though they have all of this talent already. At this point in the season, the Sixers are well behind teams like the Bucks or Raptors or Celtics when it comes to team chemistry and knowing what their identity is as a team. Now they only have two months to fit Harris into the mix and compete with other teams that are constantly trying to improve as well. And frankly, they may be in no better position than they were last year as a #3 seed when they lost in the conference semifinals to the Celtics.

Did the Sixers get better this week? Absolutely. But it’s far too early to say that they are the definitive favorites in what is one of the most competitive conference races the NBA has seen in a long time.