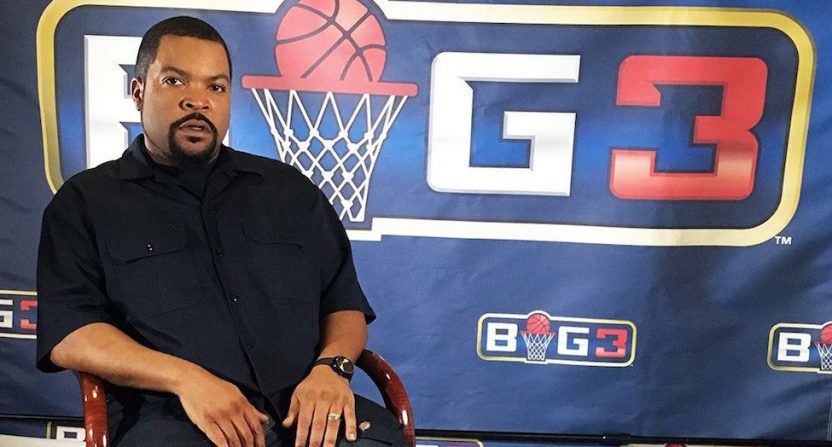 According to The Hollywood Reporter, BIG3 is now being sued by its former chief creative officer, Kainoa Henry, who claims league co-founder Jeffrey Kwatinetz created a hostile work environment by, among other things, talking too much about former Donald Trump adviser Steve Bannon. Per THR:

Now comes a new lawsuit filed on Monday from the league’s former chief creative officer Kainoa Henry, who says Ice Cube’s business partner Jeffrey Kwatinetz created a hostile workplace by incessantly talking about the greatness of Donald Trump’s former political advisor Steve Bannon, while also behaving in an Islamophobic fashion. Henry now says his resignation was all but forced, and adds that before he quit, Kwatinetz told him that two of the league’s investors were under investigation by Special Counsel Robert Mueller and how they were tied to Trump’s son-in-law Jared Kushner. Henry is now suing Ice Cube and Kwatinetz for putting him in this situation and allegedly breaking promises and making false representations to him along the way.

Henry’s lawsuit is related to BIG3’s ongoing ordeal with a pair of Qatari investors, whom Ice Cube and Kwatinetz have accused of failing to pay out a promised $20.5 million. Henry, who served as a middle-man for BIG3 and the Qataris, reportedly claims Kwatinetz turned on the investors, suggesting that they had gotten involved with BIG3 only to get close to Bannon (a longtime friend of Kwatinetz) and that they were involved in terrorism. Via THR:

Henry asserts that his former boss turned on his investors at some point and became increasingly Islamophobic.

“Worse yet, Kwatinetz started making more and more outrageous accusations against the investors,” alleges Henry’s new complaint. “Kwatinetz claimed that his sources in the ‘intelligence community’ notified him that Al-Rumaihi and Sahi were under federal investigation for supporting terrorism, consistently referred to the investors as ‘Qatari operatives,’ and stated that Sports Trinity was an agent for the Qatari government interested in infiltrating American businesses and strong-arming them, completely ignoring Sabi is an American citizen.”

Henry, who is seeking $2 million in the lawsuit, also reportedly claims that BIG3 broke several promises, blocking him from working on an Allen Iverson documentary that he was contractually obligated to produce for Ice Cube’s own company.

Henry is not the first person to accuse BIG3, and Kwatinetz in particular, of fostering a hostile work environment. After being fired as league commissioner in March, former NBA player Roger Mason Jr. called the company “hostile and racist,” alleging that Kwatinetz had “repeatedly referred to black athletes as ‘rich n——.'”

Clearly, BIG3 has some issues to work out as its second season starts up.

Soler's third-pitch home run was the first HR ever hit in the first plate appearance of a World Series.

Soler's third-pitch home run was the first HR ever hit in the first plate appearance of a World Series.