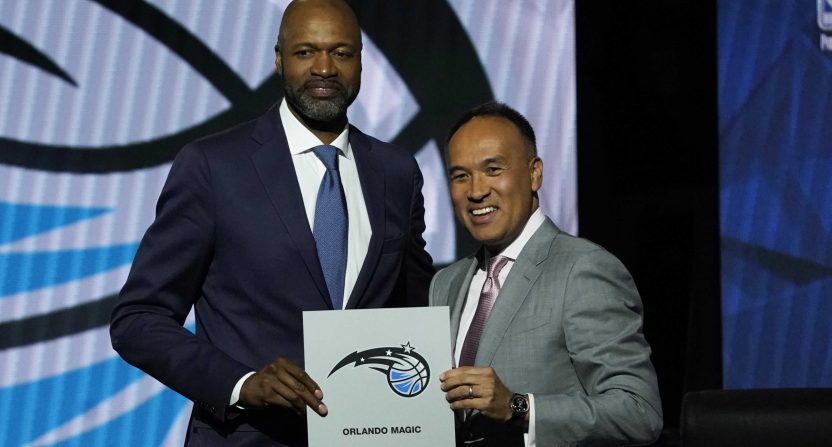 This year is a bit different from prior years in that there isn’t one clear-cut choice at the top of the draft board. But most experts believe that there is a very defined top three draft prospects: Auburn’s Jabari Smith, Gonzaga’s Chet Holmgren, and Duke’s Paolo Banchero.

However, it appears that the Magic may have their choices narrowed down to either Smith or Holmgren. Which one they’ve decided on isn’t clear, though.

Last week, both Bleacher Report’s Jake Fischer and Khobi Price of the Orlando Sentinel reported that the Magic may have a clear lean to Holmgren. According to what Fischer heard from other NBA teams’ scouts and executives, the Magic are believed to favor Holmgren’s length and wingspan as well as his skills on the perimeter over Smith’s. Those league figures also stated that Holmgren may have “the most superstar potential” out of the top three draft prospects.

Reports emerged on Tuesday that may suggest otherwise, as the executives ESPN’s Jonathan Givony spoke to seems to believe that the Magic are leaning toward Smith.

“While Magic executives have made it clear they will conduct a thorough process – even extending beyond the widely believed top prospects in Smith, Holmgren and Paolo Banchero – most NBA teams firmly believe that’s a formality and that Smith is all but assured to become the top pick. Smith, for his part, appears thrilled with that development. So is Holmgren over his looming marriage with the Oklahoma City Thunder, which is also the overwhelming expectation from NBA executives with whom we spoke at the draft combine.”

Both prospects bring a very different skillset to the table for the Magic. Smith is a sharpshooting big man with some extreme defensive versatility, while Holmgren brings length and a unique level of guard skills for his frame at seven feet tall.

It will depend on what the Magic organization favors going forward. Given how early on it is in their draft preparation process, they have plenty of time to figure that out. But it’s interesting that rival executives have come up with two very different scenarios for them.