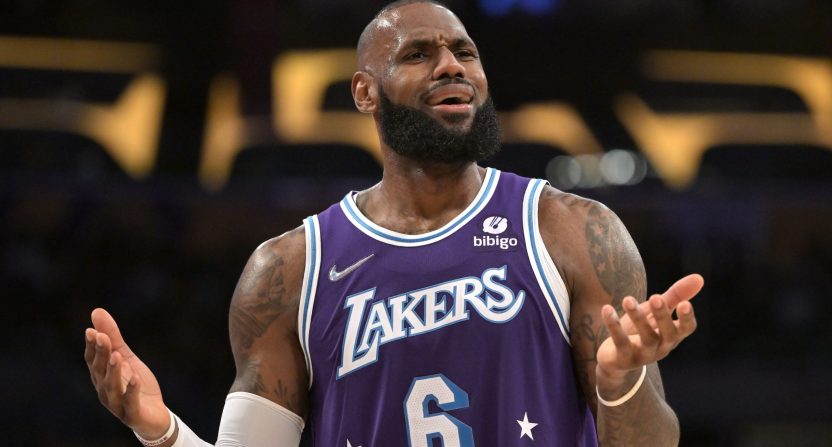 The Los Angeles Lakers were the most disappointing team in the NBA this year, missing the playoffs for the second time in the past four years.

There are clearly changes that need to be made if the Lakers want to be contenders next season, and it appears that nobody on the roster is safe from trade rumors surrounding them.

While James showed his typical excellence this past season, it did not result in team success, and a number of people around the NBA world have been calling for the organization to listen to trade offers for the 18-time All-Star.

Monica McNutt's uncontrollable reactions to this terrible take and discussion sums it up. pic.twitter.com/PwjfOVp9rJ

NBA insider Bill Plaschke discussed the topic on The Doug Gottlieb Show on Tuesday, where he detailed that he has heard that legendary Lakers coach Phil Jackson is amongst those who would like to see the organization trade James.

Jackson notably still has a strong relationship with Lakers owner Jeanie Buss. Buss discussed her relationship with Jackson, saying that he is “someone she can lean on” when it comes to decision-making within the organization. If it is true that Jackson wants this, it is certainly plausible that Buss is at least considering the option.

Trading a player of LeBron James’s caliber would certainly be something that is unprecedented, but truthfully, the Lakers have very few options when it comes to shaking up their roster going forward.

Russell Westbrook is likely going to accept a player option that will net him a whopping $47 million guaranteed for the 2022-23 NBA season, and his trade value is at an all-time low.

It is unclear what teams would even be willing to offer in a trade considering LeBron is coming up on his 20th NBA season at 37 years of age. But it would certainly be the biggest NBA trade in quite some time if James were to be traded.