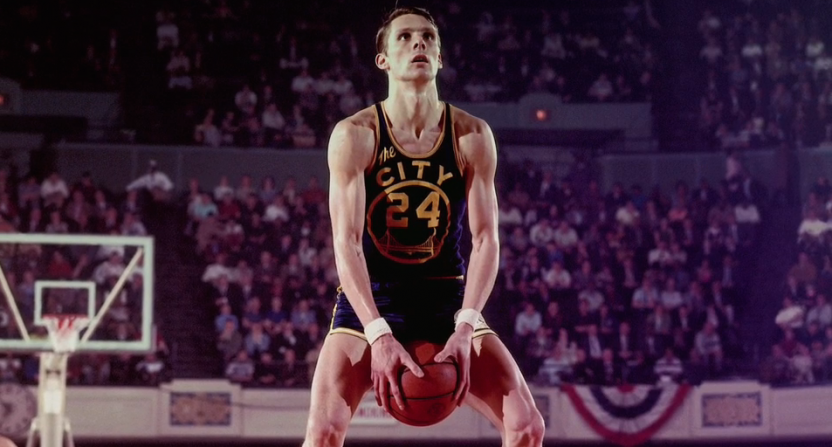 Rick Barry had an incredible playing career with the Warriors from 1965-80, is the only man to ever lead the NCAA, ABA and NBA in scoring for a season, and was named one of the NBA’s 50 greatest players of all time in 1996, but he’s most known for his unconventional underhand free throw technique. That technique helped him finish with a 89.98 percent career success rate on NBA free throws, fourth-best all time. So Barry knows what he’s talking about when it comes to free throws, and while attending the Big 3 draft in Vegas Sunday (he’ll be coaching one of the teams), he had some strong words for today’s NBA players who struggle from the line.

“The bottom line is, they have an aversion to wanting to try the underhanded free throw,” Barry said. “I just don’t understand why you wouldn’t try anything to try to get better and I don’t think your personal pride should come into play.

“There’s stuff out there to help these guys if they would look for it and be willing to get better. It’s pathetic if you can’t shoot 70 percent from the free throw line.”

…“They have to figure out their way to do it. If they don’t want to do it my way, they should find my son Scooter, who has an unbelievable new technology in a shooting sleeve with sensors … in three sessions with DeAndre Jordan he had him shooting over 70 percent and he didn’t keep working at it. It’s amazing.”

It is remarkable how some of the NBA’s top players aren’t doing well from the line. Those shooting under 70 percent this year include LeBron James (67 percent), Dwight Howard (53 percent) and Jordan (48 percent). That could add up to a lot of extra points. In James’ case, he took 531 free-throw attempts this year, so if he hit at a 70 percent clip instead of .674, that’s an extra 14 points (which might make the difference in a game or two). With Howard, that would be 71 extra points, and with Jordan, it would be 93. Of course, we don’t know that these guys would be able to hit 70 per cent with a different shooting approach (and in James’ case, it’s notable that he’s been over 70 per cent in all of his other seasons but one), but it’s interesting that the likes of Howard and Jordan (with 56.6 and 67.7 percent career field goal percentages, respectively) haven’t really tried shaking up their free throw approach. Here’s footage of Barry’s underhanded approach:

That approach worked out for Barry’s son Canyon, too, who shot 88 per cent from the line during his senior season at Florida (after three years playing for the College of Charleston) and set a Gators’ record with 42 consecutive made free throws. Would it work for Jordan or Howard? We don’t know for sure. But Barry’s point that it might be worth a shot certainly appears to have some merit.