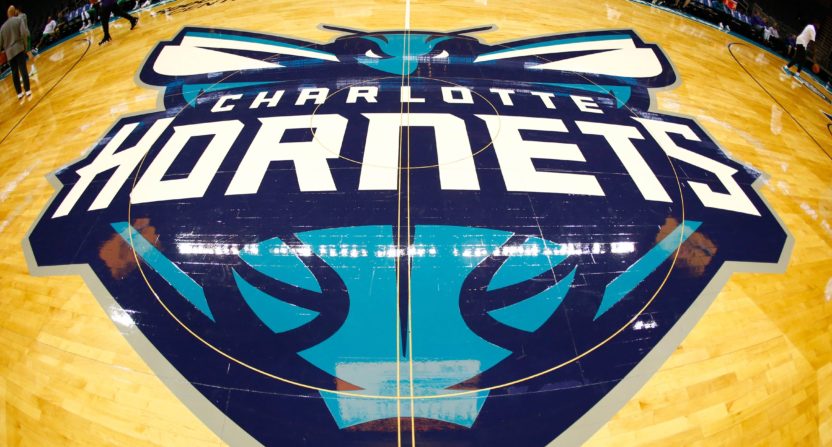 When the original Charlotte Hornets franchise relocated to New Orleans, it set off a chain reaction that affected millions of dollars around the NBA and a handful of major U.S. cities in a major way.

After they left, a new NBA franchise took their place in Charlotte (the Bobcats). The Hornets then became the New Orleans Pelicans, which freed up the trademarks to revert to the owners of the Bobcats, who renamed their franchise the Charlotte Hornets. The league hasn’t expanded since, but the cities lining up to the next home of an NBA franchise range from Seattle to Las Vegas to Mexico City, all of whom are eager to get a cut of that pro basketball bounty.

According to a recent Bloomberg report, the Charlotte Hornets may have potentially become the Louisville Hornets back in 2002. The article, which is a deep dive into the University of Louisville men’s basketball program in the wake of the Adidas scandal that claimed the jobs of head coach Rick Pitino and athletic director Tom Jurich, provides a fascinating anecdote about how that duo may have been responsible for blocking the NBA from considering relocation in their backyard.

Around the time Pitino arrived, a group of Louisville businessmen and politicians were making a concerted effort to land an NBA team. In part, this was a play for economic development. Louisville could see how pro football and hockey helped revitalize Nashville. But it also came just as much from a desire for respect. The city burghers even had a nonbinding agreement with the Charlotte Hornets, which wanted to relocate. The plan centered around building a downtown arena that the Hornets and the Cardinals would share.

Jurich and Pitino had other ideas. They had no intention of sharing an arena with an NBA team—they didn’t even want to share the city with an NBA team. Louisville was theirs. David Stern, who was then commissioner of the NBA, recalls thinking, “If Rick Pitino doesn’t want us there, why are we going there?” The Hornets went to New Orleans instead.

According to the article, city leaders went ahead with plans for their downtown arena anyway. That became KFC Yum! Center, whose only basketball tenant has been the Louisville Cardinals since it opened. Because they were the only game in town, Jurich was able to negotiate a “lopsided lease” that gave UL’s athletic department near-total control over the arena from October to March.

While many have thought of Louisville as a decent pick to land an NBA team, very few people are aware of how close they potentially got. And if this is true, then the vitriol surrounding Pitino and Jurich is sure to get even hotter with this realization. While it sounds like a move to Louisville was still something that needed many more moving parts to it, the fact that David Stern seemed interested in making it happen means it was very possible, if not likely.

Instead, New Orleans reaped the benefits that Louisville missed out on. It’s one of those things that will make for a fascinating what-if as the years go by and Louisville, KY watches other cities claim NBA expansion franchises, one of which might have been theirs.