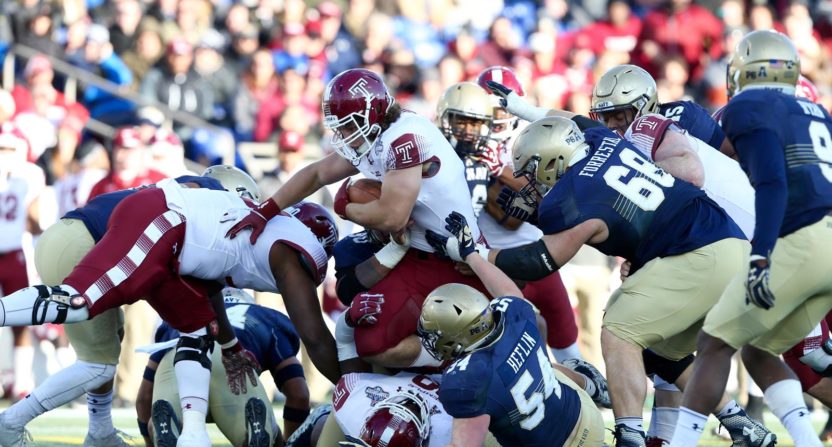 Finally, the time has come for our staff to go on the record and make our official preseason predictions for the American Athletic Conference. Our staff predictions for each conference will go live every Friday.

USF swept the first-place ballot from our voting members this week, which allowed the Bulls to run away with the title of preseason favorite in the AAC East. UCF and Temple finished with the second-highest point total, but the Knights received more second-place votes than the defending conference champions to settle the tiebreaker. And it looks like it could be a rough year for East Carolina with nobody on our staff picking the Pirates higher than fourth in the division.

Things were a bit more divided in our voting for the AAC West. Houston managed to squeak past Navy for the top spot with a higher number of second-place votes than the Midshipmen, but Navy managed to get a tiebreaker in their favor with Memphis on the strength of first-place votes received. Regardless of how it all added up, the message is clear that the AAC West Division could be anyone’s game this fall. Well, almost anyone’s game. Every one of our ballots had Tulane coming in last place in the division with the lowest point total among all AAC members.

USF was the unanimous pick to represent the East Division and nearly came away with a clean sweep in our championship game predictions. Here is how we are calling the AAC Championship Game months in advance.

Matt Says: While none of these predictions are exactly that crazy, the AAC is a tougher conference than many might expect, and there is plenty of depth in both divisions. USF’s run to the title game is easier than the three main contenders in the West, but either UCF or Temple could give them a run. But with Quinton Flowers, and a head coach looking to prove something to his detractors, a motivated USF team can win the conference and even run the entire table in the regular season plus win a NY6 bowl as well. 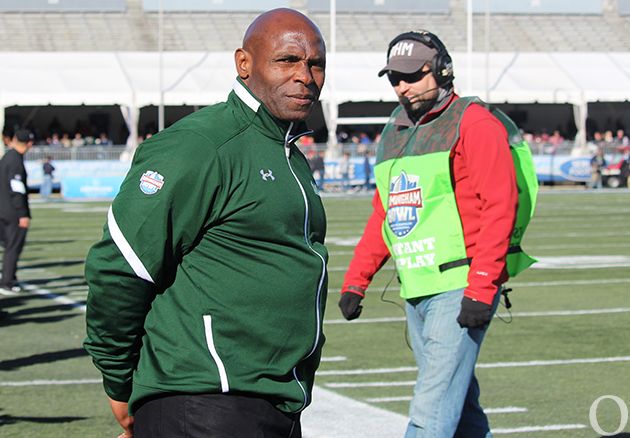 As you may have suspected by now, our staff is clearly optimistic about Charlie Strong getting his coaching career back on the right track in his first season after being pushed out at Texas. Our staff nearly made him a unanimous pick for AAC Coach of the Year, but Navy’s Ken Niumatalolo managed to break up the uniformity in our voting.

Our Coach of the Year may not have been a unanimous pick, but our offensive and defensive players of the year were. This should be far from shocking. 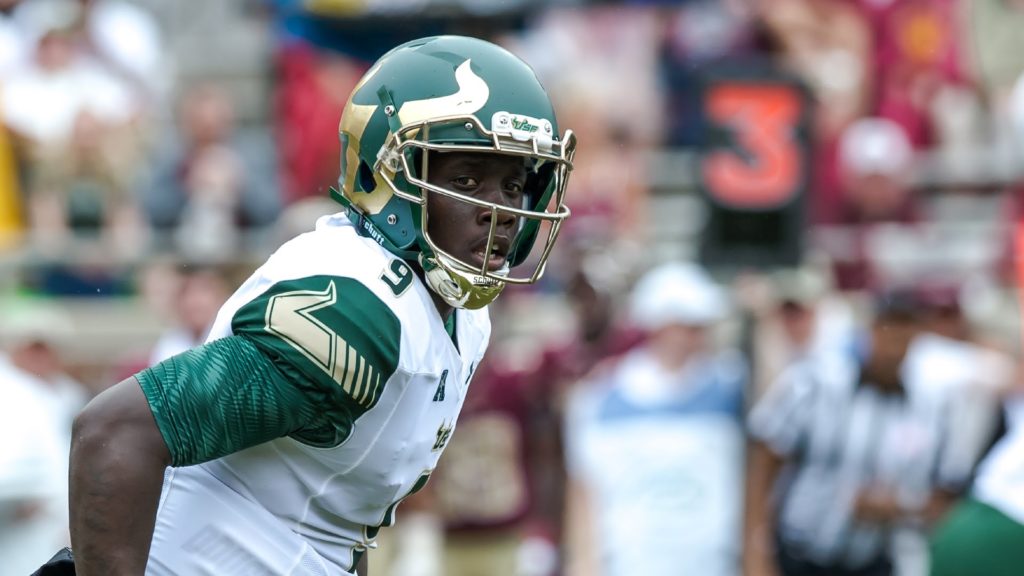 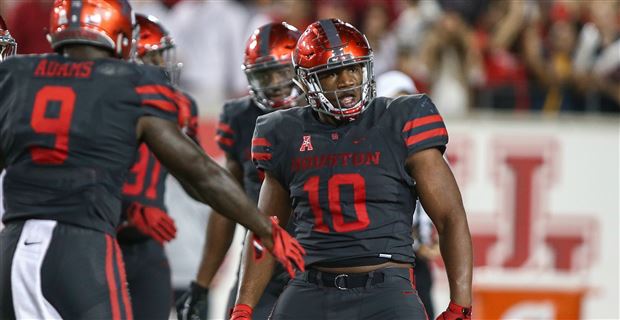 Yesh: Navy wins the league with an upset over USF, and with Navy at 10-2 the selection committee has to delay announcing the Cotton Bowl matchup until after Navy plays Army.

Kevin M: The American Athletic Conference picks itself apart just enough to leave the New Years Six spot open for another Group of Five program from a weaker conference.