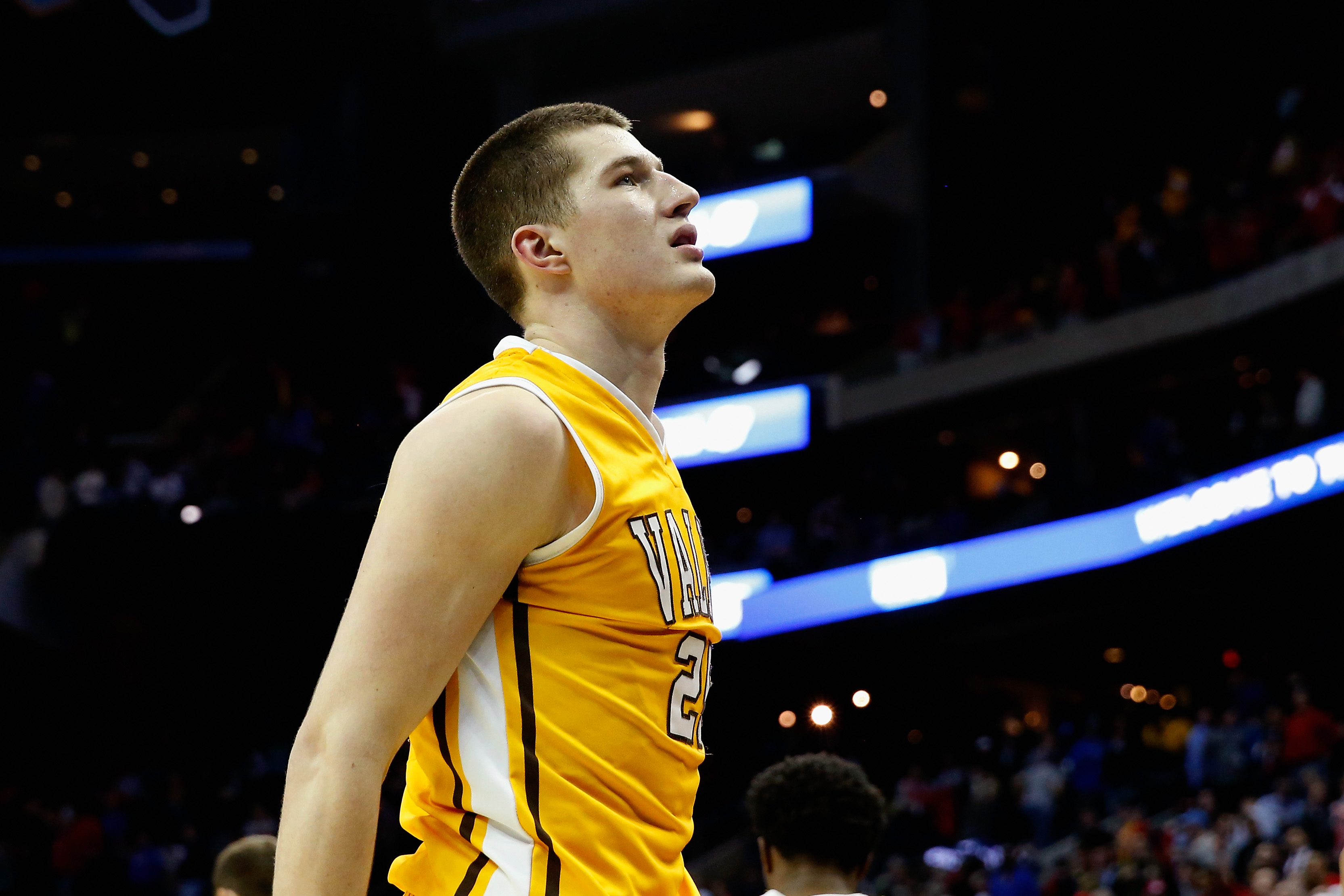 Yet again, college basketball junkies continued to witness a wealth of enticing action in the past seven days, especially in the ACC-Big Ten Challenge. Overall, the Atlantic Coast Conference compiled a 9-5 record in the series, but Indiana was somewhat able to overshadow that admirable mark.

Just like last week, the Hoosiers provided a surprise in a dominant 76-67 win over No. 3 North Carolina at Assembly Hall. Head coach Tom Crean and his bunch coasted for much of the contest, and, of course, commentator Dick Vitale launched into his famous moan as swingman OG Anunoby pounded home a stunning, one-handed dunk.

However, due to an already-thrilling victory over Kansas in its regular season opener, Indiana won’t break into The Comeback’s College Basketball Stock Watch this time around. Instead, an unexpected team, along with a player, appears on the uptick while another pair slides down. Let’s shoot into the list.

Valparaiso (unranked in either poll)

In their last win against a ranked opponent, former Crusaders guard and coach Bryce Drew drilled a three-pointer on the right wing to send the fan base into pandemonium. On Tuesday night, forward Alec Peters caused a similar reaction, putting his paws on guard Jarvis Garrett’s three-point attempt with two ticks left to upset No. 21/25 Rhode Island, 65-62.

Searching for a resume-building win, Peters’ game-saving rejection presumably puts Valpo (7-1) on the cusp of the AP Top 25. On top of that, his 27 points on 8-of-17 shooting gave him eight straight games with at least 20 points to begin the 2016-17 campaign. (Peters is currently averaging 25.4 ppg.) Moreover, he’s hitting 8.5 free throws per contest, which places No. 11 in the nation.

Peters blocks a shot to secure the win for Valpo. And there was much rejoicing pic.twitter.com/5Ajxwom6HO

Considering the-then junior had the talent to transfer to a higher profile school following Drew’s shift to Vanderbilt, the program might want to mail him a thank-you card. Nevertheless, current head coach Matt Lottich deserves credit for the team’s sustained success, sans its previous leader. A tad beyond two weeks ago, the Crusaders were crushed in a 24-point loss to Oregon, but have shown resiliency since then.

Despite Colson collecting a double-double in each of the last four games, his latest performance was the most delightful. The junior produced 24 points and a career-high 17 rebounds in a 92-78 thumping of Iowa. He also showed the physicality to consistently earn trips to the free-throw line, knocking down 12-of-12 attempts.

Passed down the torch, grabbing rebounds has got contagious! @BonzieColson I see you brother!

In the Fighting Irish’s undefeated start, the 6-foot-5, 225-pounder is accumulating 10.7 rebounds per contest, tied for No. 16 in Division I. Although his experience has proved vital, he’s a bit undersized, which makes his play extra special. On the aforementioned list, 12 of the 15 players above him stand at least three inches taller than the Massachusetts native. Amazingly, he has played stints at center this season, too.

Furthermore, since Colson attempts the most shots per game on the Irish’s active roster (11.9), his extremely efficient 49.4 shooting percentage stands out. He even displayed a willingness to feed his co-workers from the block, notching five assists in a 31-point win over Chicago State on Saturday.

More impressively, the forward is gathering .34 win shares per 40 minutes, defining his importance to Notre Dame in all seven of its contests. Entering the season, Colson wasn’t listed on the AP Preseason All-American team. But he should receive that recognition if he keeps amassing such scorching numbers.

Even though the Orange (4-2) lost seniors Michael Gbinije, Trevor Cooney and freshman Malachi Richardson (NBA draft) after a spectacular run to the Final Four a campaign ago, head coach Jim Boeheim and his crew were projected to contend again. Reeling in graduate transfer Andrew White, who’s averaging a team-high 15.5 points per game this season, didn’t hurt their chances.

Well, back-to-back losses have provided the program with a rude awakening. On Saturday, the Syracuse fell by double-figures to an up-and-coming South Carolina. Three days later, No. 17 Wisconsin diced up the Orange’s feared zone defense in a convincing 77-60 win.

Against the Badgers, in particular, it was a struggle to halt Nigel Hayes’ dexterity. Throughout the contest, the forward would act as the floor general from the high-post and then pick apart Boeheim’s baby with ease, racking up a team-high 10 assists. Obviously, head coach Greg Gard boasts a savvy core, but the Orange resembled an oddly flustered unit.

Plus, in those contests, the aforementioned White couldn’t find his stroke, shooting a combined 8-of-23 from the field. 6-foot-8 forward Tyler Roberson (8.3 ppg) failed to discover any offense, either, scoring a mere point in the two-game stretch. As a team, the Orange combined to shoot 35 percent in the short stint.

Prior to Tuesday night, the freshman looked as if he finally felt comfortable in a Spartans’ uniform. Over a three-game span, which include a five-point win against the always-gritty Wichita State Shockers, Bridges generated 19.3 points per contest. Then he arrived in Durham, North Carolina.

In Michigan State’s 78-69 loss to Duke, Bridges shot just 4-of-13 from the field. His six-point, 2-of-11 shooting performance against Kentucky revolved around forcing the issue, and that seemed to occur again at Cameron Indoor Stadium. Spectators anticipated the freakishly athletic specimen would achieve some success versus defensive guru Matt Jones, but he instead struggled as the No. 1 option.

Following the defeat, news emerged of Bridges’ foot injury, which will cause him to miss around two weeks. While losing time on the hardwood could stunt his growth, his teammates need to establish some offensive rhythm, lacking an identity behind the 6-foot-7, 230-pounder’s production. MSU places No. 179 in offensive efficiency, averaging .99 points per possession.

Head coach Tom Izzo apologized to his team for the Spartans’ tough schedule so far, but his mixture of upper and underclassmen must weave together before they enter Big Ten play. If hyped-up freshmen Cassius Winston and Joshua Langford persistently retain a select set of minutes, meshing for a combined 33 ticks per contest, the inexperienced Bridges will carry another daunting load upon his return.