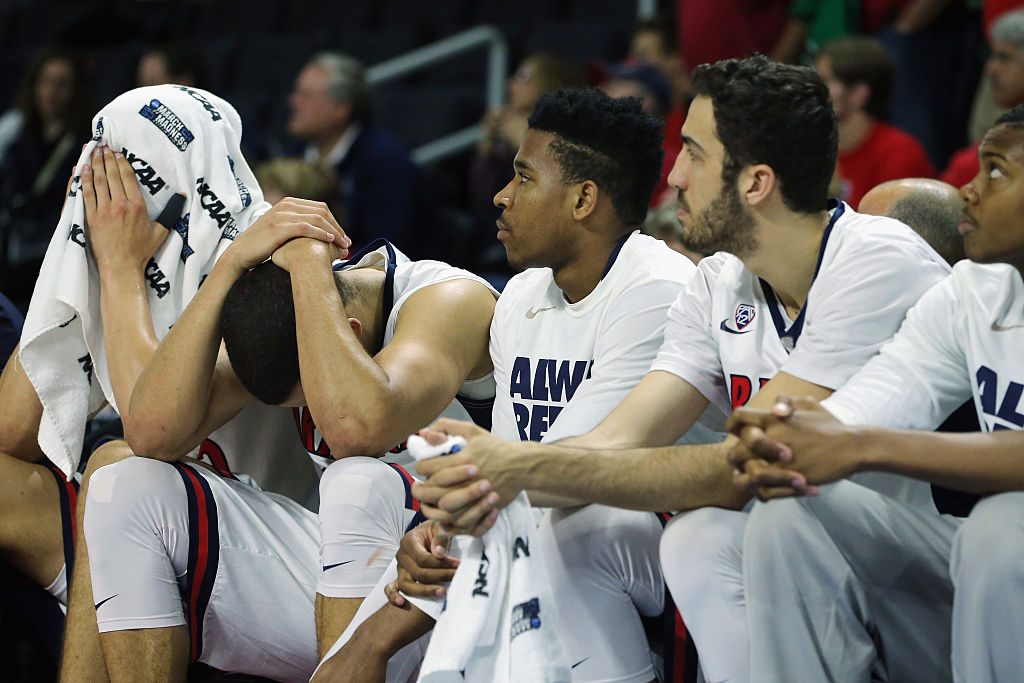 The Pac-12 Conference received a lot of love on Selection Sunday.

The Division I Men’s Basketball Committee put all seven Pac-12 NCAA tournament teams as higher seeds in the round of 64. Only the Big 12 shared that distinction, but given that both USC and Oregon State hadn’t faced the gauntlet of powerhouses which exist in the Big 12, there was more reason for skepticism about the best in the West.

Yes, California played Hawaii on Friday without Tyrone Wallace and Jabari Bird. The Wallace injury was known for a few days, but Bird fell ill on Friday just before tip-off. The Golden Bears drowned in controversy during the week as well, so they’re not a representative example of the league’s problems over the past few days. Salute Hawaii for shooting the lights out and getting its first-ever NCAA tournament win. Don’t let the Pac-12’s problems overshadow what the Rainbow Warriors accomplished.

Nevertheless, the Pac-12’s lack of wins in the round of 64 (Oregon is still to play against Holy Cross) is — if not startling — certainly conspicuous.

The dominoes started falling, and they just kept falling — as did opponents’ shots:

Cal was the latest victim, felled by Hawaii’s shotmaking skill in using the glass:

Put a 'Bow on this bank shot.#Hawaii

Earlier on Friday, Oregon State ran out of gas down the stretch against VCU:

Colorado missed 11 foul shots against Connecticut, while the Huskies missed only one in 23 attempts.

Then came the emblematic, iconic representation for the Pac-12’s struggles: Sean Miller and Arizona — like the rest of the league, except for Utah — were soaked in misery:

When bae says she's coming over in 5 and the apartment's still a mess. pic.twitter.com/iPFN8x29Wz

It’s true that one day and a collection of random results — one missed front end here, one split-second lapse there — can determine results. It’s also true that Cal and Oregon State were dealing with injuries. Arizona played three time zones away in Providence. All sorts of little things accumulated in various situations.

However, when you have all of your teams as higher seeds, and you have seven of them — not just three or four — you’re expected to bring at least four of them into the round of 32. If a league is deep enough to get more than half of its teams into the NCAA tournament, that depth doesn’t necessarily have to emerge in the Sweet 16, but in the round of 64, that depth needs to emerge to the point that it can win these first tests against 9 seeds, 10 seeds, and other teams placed in the back half of the 68-team bracket.

No one would have an issue with a 4-3 first-round record. Even a 3-4 record wouldn’t be too much of a talking point, especially with multiple Sweet 16 participants and at least one Elite Eight school, if not a Final Four banner-carrier. However, 1-5 (with Oregon still to come) undercuts the idea that Pac-12 schools deserved the seeds they received, up and down the line.

This was a league which deserved to put seven teams in the NCAA field — that was never a question.

The quality of those seven Pac-12 teams? That can now be debated after the bloodbath of the past two days.