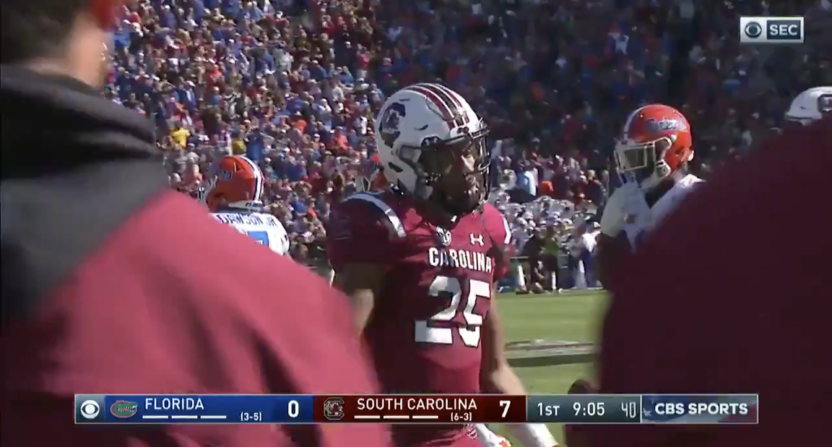 Sometimes you see some strange things on the football field but this play may be up there as one of the strangest. It’s a lesson on never giving up and to always get to the ball.

During the first quarter of the Florida-South Carolina game, the Gamecocks were deep in their half of the field, starting their drive on the four yard line. Quarterback Jake Bentley threw a rather terrible pass out of the end zone to be intercepted by a wide open CJ Henderson.

As Henderson maneuvered his way through everyone and got to the end zone, he fumbled and turned the ball back over to the Gamecocks. A.J. Turner got to the ball and ran it for a 20 yard gain. The entire play was insanity.

Alas, the play didn’t do anything to South Carolina as they had to punt a few plays later. It did however prevent Florida from scoring on a pick-six. So if the Gamecocks win by less than a touchdown, this play will be what did it.