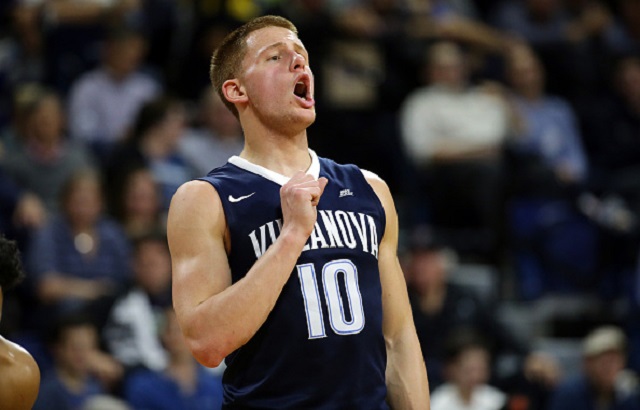 Quick, name the basketball conference with the most unbeaten teams.

It’s not the Atlantic Coast Conference. The Big 12? Nope. In fact, it’s not any of the Power 5 leagues. You can make a compelling case that the best basketball in America right now is being played in the Big East. As of early Tuesday night, there were 20 unbeaten teams. Four reside in the Big East: Villanova, Xavier, Butler and Creighton. All are 7-0. All are ranked in the Top 25 of both polls with No. 2 and defending national champion Villanova leading the way.

Kenpom.com and the Sagarin’s Ratings list the Big East currently as the third-best league behind the Big 12 and the ACC. But the top tier of the Big East has been as impressive as any in the nation. The Big East has one more undefeated team than the ACC (Virginia, North Carolina and Notre Dame) and has as many unbeatens as the Big 12 (Baylor, TCU) and SEC (Kentucky, South Carolina) combined.

Fun Fact of The Night: The @BIGEAST is the only remaining conference w/ 4 undefeated teams. That's 40% of the league for the non-math majors

That’s an accomplishment when you consider that it’s a 10-team league. (The ACC has 15 teams, while the Big Ten has 14 schools). And the Big East has played a challenging non-conference schedule.

Villanova has won at Purdue. Xavier has beaten Clemson. Butler, which wasn’t in the preseason Top 25, has beaten Arizona. And Creighton might be the most impressive of them all so far with double-digit victories over Wisconsin, Washington State, North Carolina State and Ole Miss. Even puzzling Georgetown beat Oregon.

This is a big deal for a league that in many ways is still fighting for full respect. It’s not among the Power 5, but it clearly play basketball as well as anyone. It took a major step forward when Kris Jenkins’s 3-point buzzer-beater gave Villanova a national championship victory over North Carolina last season. That shot proved that the Big East 2.0 is a formidable power.

“The Villanova game I would call the gift that keeps on giving,” Big East commissioner Val Ackerman told NCAA.com. “I don’t think a day’s gone by where there hasn’t been a reminder of that. For the conference, it proved what we believed all along, which was we could and should stay very competitive in men’s basketball. It remains a happy memory and important to our goal of keeping this great thing that Dave Gavitt started going and growing.”

Now it’s up to Villanova and the rest of the league to build on that momentum.

The original Big East was a victim of conference realignment when Pittsburgh, Syracuse, Louisville, West Virginia and Rutgers left the league to chase the football dollars of the ACC, Big 12 and Big Ten. Notre Dame left the Big East for the ACC, but remains an independent in football. The remains of what were the Big East football-playing schools (Connecticut, Cincinnati and South Florida), formed the American Athletic Conference.

The Big East was founded as a Catholic school basketball league in 1979 by Gavitt. The original members were Providence, St. John’s, Georgetown, Syracuse, Seton Hall, Connecticut and Boston College. The inclusion of football later on morphed the conference away from a basketball-dominant league into a multi-sports one. But when conference realignment caused competing leagues to raid and alter the Big East, the conference was forever changed and had to reorganize in after the 2012-13 season.

For basketball fans of a certain age, this was tough to take. Ask your older brother or father. The Big East was home to some of the fiercest rivalries (Georgetown-Syracuse being the most noteworthy) and biggest coaching stars (Jim Boeheim, John Thompson, Lou Carnesecca and Jim Calhoun). In 1985, the league had three teams in the Final Four (Georgetown, St. John’s and Villanova). All this is documented in the excellent ESPN 30 for 30 film Requiem For The Big East.

Of the original schools, only Providence, St. John’s, Georgetown and Seton Hall remain. But in many ways, the Big East has returned to its roots. No football here. Basketball is king and it has shown in the results. Villanova is the first national champion of the new Big East, but it probably won’t be the last. Along with Villanova, schools like Georgetown, Xavier and Butler have the necessary wherewithal and recruiting bases to build championship teams. And even struggling former big city powers like DePaul (Chicago) and St. John’s (New York City) could do something special with the right coach.

It’s a good thing that the new schools Butler, Xavier and Creighton have made an immediate impact.

Butler was a mid-major darling after reaching back-to-back NCAA titles games under coach Brad Stevens. Now it’s an established power that has consistently been among the 40 best programs in America. After a tough initial season (4-14 in 2013-14), it has finished second and fifth, respectively, over the previous two seasons. The Bulldogs look like a force again.

Xavier, a regular power in the Atlantic 10, has made a smooth transition. The Musketeers were ranked No. 6 last December – the highest ever by the program. Plus, you got to love any team that has Bill Murray as its celebrity fan.

Creighton entered the league hot, thanks to Doug McDermott who led the Bluejays to a 14-4 league record in their first season in the Big East. The program struggled without McDermott for two years, but has rebounded nicely this season.

“When the presidents — all 10 in their way — made the decision to move out of their old conferences and come together to form a new conference, they were taking a bold step, because it was a basketball experiment in a football world,” Ackerman told NCAA.com. “That’s where the resources are in college sports, mostly. Our presidents were kind of swimming against the tide in making basketball the centerpiece of our league. But they thought we had the ingredients.”