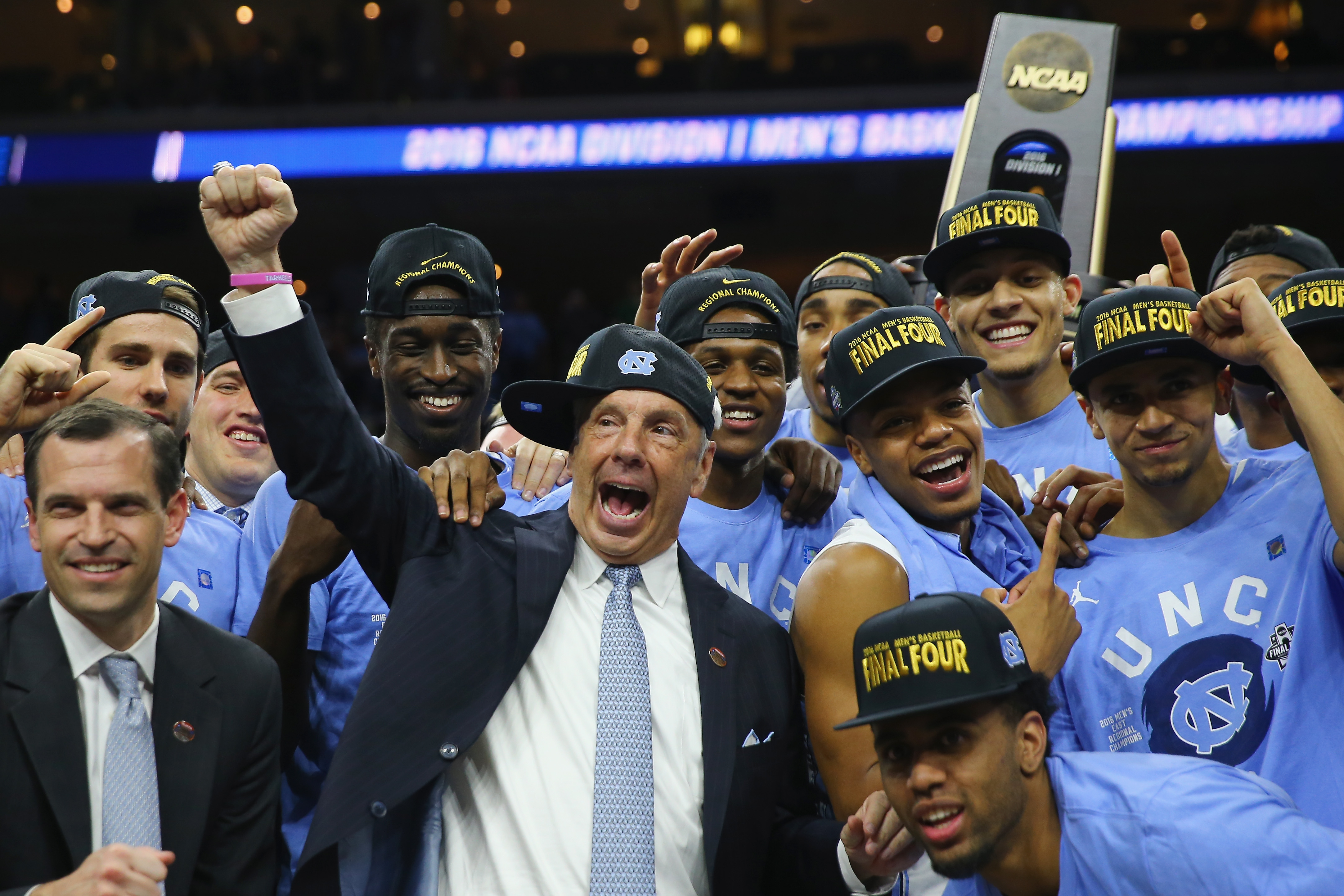 Say what you want about college basketball’s NCAA Tournament, but you can’t ever say it’s less fair than the way college football determines a champion. Even with the new and improved four-team playoff, there’s still plenty of room for doubt, conjecture, and bias that can leave a worthy team on the outside looking in.

We now know that our Final Four is the North Carolina Tar Heels, Villanova Wildcats, Oklahoma Sooners, and Syracuse Orange. It’s a healthy mix of elite teams expected to be here, good teams who had to pull an upset or two to get here and a sleeper who came out of nowhere. It’s the kind of concoction that only works because of how the NCAA Tournament is set up.

So naturally, it makes one wonder… what if we ran college basketball as well as college football? What kind of post-season exhibition games that mean nothing would we have to look forward to? Who would the four teams in the playoff have been? Would Syracuse have even made a “bowl game?”

Reminder: As dumb as this all is, this is actually how we determine our football national champion. So without further ado, here’s what the 2016 NCAA College Basketball Post-Season could have looked like…

Actually a good looking match-up between conference champions. Would watch.

In reality, Gonzaga made it to the Sweet Sixteen. So this would have been a pretty crappy consolation prize.

Sounds just as boring for basketball as it does for football.

This sounds like the kind of non-conference game we’d actually love to see.

Now this is one of those games that sounds way better in football.

The Aztecs had to settle for the NIT this year, so this wouldn’t have been much worse.

Sorry about that, Mobile.

Man, is Syracuse happy we don’t use this system or WHAT?

Wake us up when this one’s over.

A Tri-State area showdown in Yankee Stadium, as it should be.

Not a shabby game between two decent squads. We’d check it out.

Don’t tell Urban Meyer about this.

Perfectly decent seasons, the two of you. Have fun in Detroit.

Similar records, but there’s a reason Baylor was a 5-seed and Ole Miss didn’t make the tourney. Sneaky blowout.

Here are a couple of teams that made it to the Sweet Sixteen and would be a really good match-up.

St. Joe’s got a much better deal with an NCAA Tournament bid.

Probably a better game than you might expect, now that we know MTSU was actually good.

Two tournament teams here, so it would be worth checking out.

You’d watch this just because you really miss Stephen F. Austin, don’t you?

Notre Dame probably deserves better, which is a weird sentence to write.

You’d have to set the line in Iowa’s favor on this one.

South Carolina would love the chance to prove they belong in the same game with Duke.

The Alamo Bowl always tends to be one of those games that’s fine and it happened, but you don’t really remember what happened. Same goes here.

Two teams who would love to play their NCAA Tournament games over again. A good match-up of quality squads we’ve already forgotten.

Wildcat on Wildcat violence! In this instance, we’d have to favor the Wildcats. The first ones.

Well, Rose Bowl, you demand traditional conference match-ups and this is what you end up with. The least interesting of all the New Year’s bowl games. Congrats.

Could have been a National Title game in real life. Oh well.

See what you could have had, Michigan State? This is how crazy you losing in the first round was.

Both of these teams were one-seeds and both of them went to the Elite Eight before losing. Just goes to show you that the margin for error is that much smaller in college basketball’s playoff.