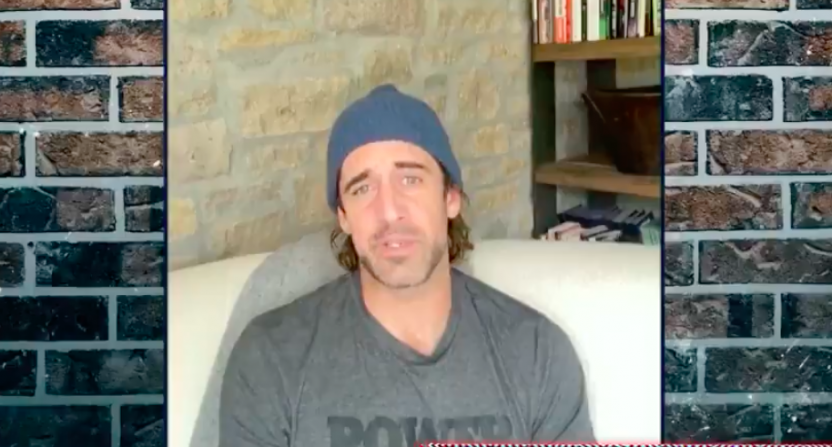 Aaron Rodgers notably doesn’t like to be criticized. That is certainly something he might have wanted to have considered before he went on a national show and discussed the reasons he was unvaccinated, why he’d lied about it before testing positive for COVID-19, blamed the “woke mob,” and said he was taking medical advice from Joe Rogan.

Rodgers has been criticized in just about every way possible, from social media to NFL talking heads to the NFL itself the scientific community to Saturday Night Live. And it turns out, according to People, he’s not that thrilled about it.

According to a People Magazine source, Rodgers, who hasn’t spoken publicly since his appearance on The Pat McAfee Show, “feels like he just shared his point of view, and now he’s being crucified for it.” The self-proclaimed critical thinker isn’t a huge fan of any critical thought directed his way.

“He knew some people would disagree with him, but he didn’t know that it would become the s—storm it became. People who he thought were friends are turning on him,” People’s source said. “He’s upset. He’s very unhappy with the response to him.”

It’s hard to know what Rodgers expected to happen when he used his massive platform and status as an NFL star to spout anti-vaccine talking points in the middle of a pandemic that has claimed over 750,000 American lives. But, given that he already pre-blamed “cancel culture” for the reaction, we’re sure we’ll hear more about that the next time he speaks.

Rodgers is expected to be back with the Green Bay Packers on Saturday to potentially play for them against the Seattle Seahawks on Sunday. It’s unknown when he’ll speak to reporters or make public statements before then.