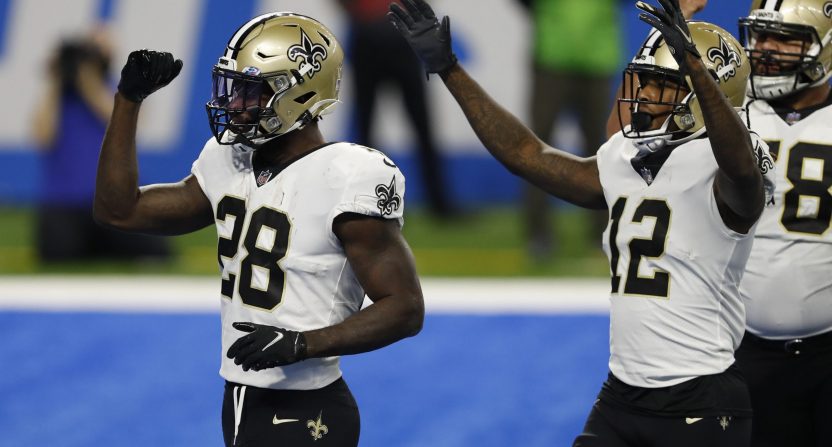 The Baltimore Ravens running back situation has become seriously dire in recent days. The franchise is hoping that, by signing former New Orleans Saints running back Latavius Murray, they could stem the tide. Jeff Zrebiec of TheAthletic.com first reported the deal.

The team was already dealing with the loss of J.K. Dobbins and Justice Hill to long-term injuries when Gus Edwards tore his ACL on Thursday during practice, one of two players to do so. Baltimore had signed Le’Veon Bell and Devonta Freeman to its practice squad earlier in the week, but it was clear that they would need more options and more help in the running back corps.

Enter Murray, who was released by the Saints early in the week after refusing to take a pay cut despite falling on the depth chart. At the time, many people were surprised the Ravens didn’t jump to pick him up then. But the team didn’t wait too long once it became clear that they needed more running backs on their roster.

Ravens now have four players who have rushed for 1,000 yards in a season: Latavius Murray, Devonta Freeman, Le’Veon Bell and Lamar Jackson.

In theory, Murray gives the Ravens a formidable backfield, including quarterback Lamar Jackson. But it remains to be seen if he’s still the same rusher he was in the recent past or if the Saints realized something that the rest of the league hasn’t yet. NFL fans and media also had a lot of thoughts about the signing.

Ty’son Williams still who you want but after him I’d rather place my bet on Latavius Murray over Freeman or Bell. https://t.co/0EyWHOpsyj

It would be so Ravens for Latavius Murray to somehow end up as a 1k rusher.

Between Le'Veon Bell, Devonta Freeman, and Latavius Murray, the Baltimore Ravens have the best running back committee of 2015.