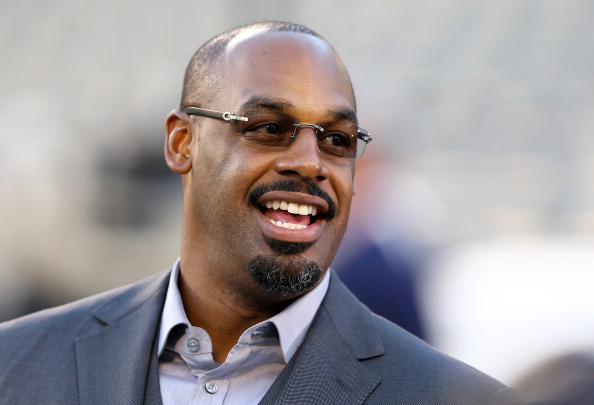 As one former Eagles quarterback gets ready to take over head coaching duties for the team, the man who replaced him remains unconvinced.

The Eagles tabbed Kansas City offensive coordinator Doug Pederson to replace Chip Kelly on Thursday. Pederson started nine games for Philadelphia in the 1999 season with pedestrian results before Donovan McNabb — then a rookie — eventually took over.

McNabb credits Pederson for teaching him the West Coast offense and how to be a “professional quarterback.” But the former Eagles star also told NJ.com he is not sure if Pederson is ready to be a leader of men.

“It’s hard for me to say I knew he was going to be a coach, especially a head coach,” McNabb said. “We were only really together that one year. He did help me.

“I want to see the Eagles win, but I don’t know if you do that just by bringing guys back who were there.”

Pederson, an ex-NFLer, appears to be a shift towards a more traditional head coaching hire following the failed Chip Kelly experiment. He might not yet be a great leader of men, but it sounds like he’ll have a low bar to clear based on the player reaction to Kelly’s exit.

That said, there are people in Philadelphia who question the hire, wondering if Eagles owner Jeffrey Lurie is trying to right the wrong of firing Andy Reid. Reid was the long-tenured coach in Philadelphia who was let go after 14 years in Philly. Lurie replaced Reid with the hot-shot college guru in Kelly, and despite decent results in the first two years—ten wins in both seasons and one trip to the playoffs—Lurie cut ties with Kelly during his third season when it was clear Philadelphia was set to miss the playoffs again.

Lurie was clear he wanted a coach that could work better with the front-office staff—the tug of war between Kelly and GM Howie Roseman led to his undoing, as Roseman is now back in charge of player decisions—and clearly Lurie feels bringing back Pederson is the move that can galvanize the locker room and the front-office staff.

It’s ironic, in some ways, that McNabb is openly questioning the hire, given the success he had in his career learning from Reid and, as he admitted, a little from Pederson. That said, McNabb is clearly still upset at the Eagles organization, and Reid, for trading him in 2010 to Washington, so anything that brings the Eagles back to that era is probably something he would be against, if only on principle.