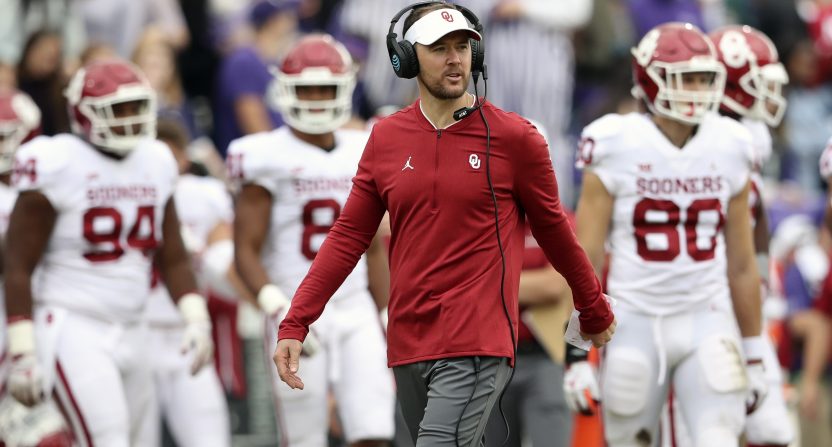 There will be some interesting jobs open when the 2018 NFL season concludes. The Cleveland Browns have an opening and the New York Jets probably will too.

Andy Reid has one of the best coaching trees in NFL history. Two of his former assistants have won Super Bowls: Doug Pederson (Philadelphia Eagles) and John Harbaugh (Baltimore Ravens). And another went to a Super Bowl: Ron Rivera (Carolina Panthers). His coaching tree is a safer bet than Bill Belichick’s. The past two Kansas City offensive coordinators have landed jobs: Pederson and Matt Nagy (Chicago Bears). Bieniemy might be next in line.

Bieniemy has been on Reid’s staff since 2013 and was promoted to OC from running backs coach when Nagy left. Nagy was only a coordinator for one season under Reid, so why not Bieniemy? Bieniemy had a decade-long career in the NFL as an all-purpose player. Before that, he was a Heisman Trophy candidate for Colorado. Bieniemy deserves credit for his work with Kareem Hunt and has played a role in one of the league’s top offenses. Reid has described Bieniemy as a “great teacher” and now more than ever that’s a skill NFL teams value. Yes, Reid calls the plays, but Bieniemy is obviously heavily involved in the week-to-week game-planning.

There might be a battle royal brewing for first dibs; the Cleveland Browns and the Dallas Cowboys have been linked to Riley. For the Browns, it makes a lot of sense. Riley coached and developed Baker Mayfield into the 2018 number one overall pick and a Heisman Trophy winner. For Dallas, this is slightly more of a curious move. Jerry Jones hasn’t hired someone straight from college since Jimmy Johnson. Jones called the Riley rumors “totally speculation” on Tuesday.

The NFL is undergoing a transition. The game is more wide-open than ever before thanks in part to the changing of the rules. The league is also embracing more college concepts as opposed to the stodgy, traditional ways. It probably is as good a time as any for a college coach to make the jump. The last guy to do so was Chip Kelly from Oregon. He had some early success in Philadelphia before getting fired there and at San Francisco. Riley is a fresh face. He’s only 35 years old. He’s enjoying great success with Mayfield’s successor Kyle Murray. If he fails in the NFL, he can always go back to school.

Before Michigan fans send in a bunch of hostile Tweets, here are some facts to consider: Harbaugh did not quit on the NFL. He was forced out after losing a power struggle with then San Francisco general manager Trent Baalke. Harbaugh went 44-19-1 with the Niners with two NFC Championship game appearances and a Super Bowl trip. In the eight seasons prior to Harbaugh, San Francisco was 46-82. Since Harbaugh left, that franchise is 15-43. Harbaugh is a good coach, winning at the college level and in the pros.

Why would he leave Michigan, his alma mater? The Wolverines (9-1, 7-0) are poised to win the Big Ten Conference championship for the first time since 2004. They’re No.4 in the College Football Playoff Rankings. Things are about as good as it gets for Harbaugh (although the Wolverines still must win at Ohio State next week).

Regardless of how this season finishes, Harbaugh might feel like he has unfinished business in the NFL. If there’s a job he finds attractive, plus an ownership group willing to give him control, he might bolt.

Here’s a guy to really watch. DeFilippo drew rave reviews for his work as quarterbacks coach for the Philadelphia Eagles, tutoring Carson Wentz and Nick Foles. In his first season with Minnesota, he’s helped Kirk Cousins complete 71.3 percent of his passes, second only to Drew Brees who’s at an absolutely ridiculous 77.3-percent clip. Cousins also leads the league in completions (259). DeFilippo has been with five different NFL organizations, usually as the quarterbacks coach. He’s a former FCS quarterback (James Madison).

DeFilippo has interviewed for jobs before with the 49ers, Cardinals, and Bears. If the Vikings continue to have a strong offensive season, it might be time for him to land a promotion. DeFilippo would appear to be a great fit for a team with a young quarterback. It wouldn’t be surprising if the New York Jets made a call. Sam Darnold needs someone who’s going to put him in a position to succeed. Clearly, that’s not happening with Todd Bowles who might be too old school for an evolving NFL. DeFilippo was the Jets QB coach in 2009.

Yes, Josh McDaniels. We know. This is the same guy who left after accepting the Indianapolis Colts job last year and leaving the assistants he’s hired in a lurch. It was a punk move that drew criticism from even mild-mannered Tony Dungy. McDaniels went back to his old job with a substantial raise and a possibly a promise that he would be Bill Belichick’s successor.

You might not be able to trust McDaniels, but if New England owner Bob Kraft and Belichick think that highly of him, perhaps he really is a great head coach-in-waiting. McDaniels failed at his first job, going 11-17 in Denver (2009-2010). Belichick also got fired after his first job (36-44 with the Cleveland Browns (1991-95)).