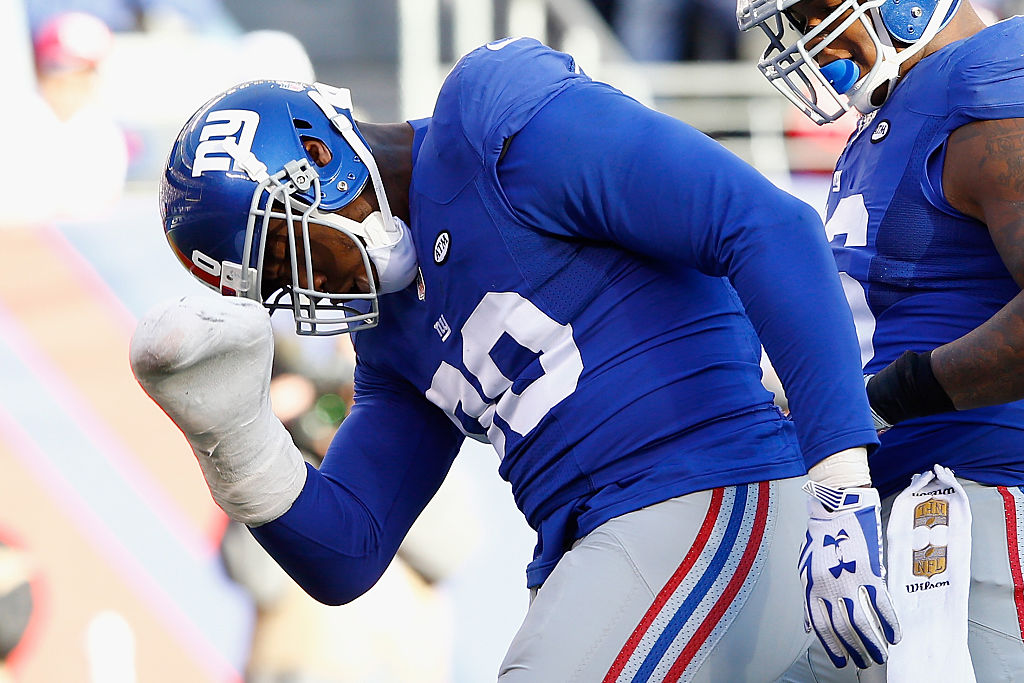 It’s hard to believe that one year ago the NFL world was rocked by the news of Jason Pierre-Paul’s bizarre fireworks induced injury, which was made more bizarre when Pierre-Paul’s medical chart was leaked to ESPN’s Adam Schefter.

The secretary at Jackson Hospital in Miami who was fired after the chart was leaked is now suing the hospital for defamation and libel, according to the Miami Herald.

Brenda Jackson, a 14-year employee at Jackson Memorial Hospital, says in the lawsuit that administrators made false accusations against her to the media, triggering nightmares and “sudden and unexpected illness,” including migraine headaches. She’s asking for damages in excess of $15,000, according to the suit.

In a recent response to the suit, however, Jackson Health stood by its firing of the secretary and a second employee, Immacula Richmond, a clinical staff nurse in the operating room, for inappropriately accessing Pierre-Paul’s health record in violation of federal patient privacy laws. Richmond is not a party to the lawsuit.

Jackson left early the day the record was posted by Schefter “because she was feeling ill” according to the suit. According to an internal investigation included in the hospital’s court filings, on July 21 of last year, Jackson accessed Pierre-Paul’s medical records four times “without any necessary reason or authorization to do so”. It is not clear what role the hospital believes Jackson played in the leak.