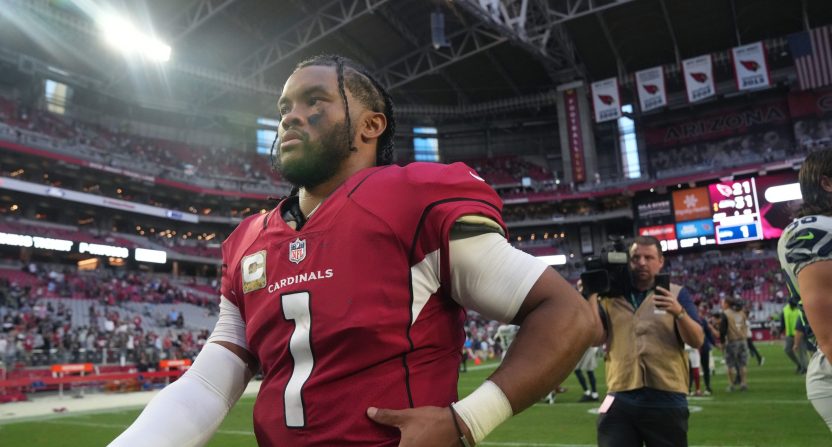 The Arizona Cardinals are 4-7 and in need of a boost to get their season back on track. They’re hopeful that the return of quarterback Kyler Murray could be the thing that makes it happen. According to Murray, it sounds like all signs point to him returning to the field on Sunday.

Murray, who has missed two games with a hamstring injury, told reporters on Wednesday that he “feels good” and expects to play Sunday against the Los Angeles Chargers.

“I feel good,” Murray said, via Darren Urban who works for the Cardinals.

The Cardinals are coming off a miserable Monday Night Football performance against the San Francisco 49ers. They’re also dealing with the fallout of offensive line coach Sean Kugler’s firing after he groped a woman in Mexico City.

Murray is also re-entering an NFL world where he was recently trashed by the entire MNF broadcasting team in favor of his backup, Colt McCoy, who was praised for his leadership compared to Kyler’s perceived lack of accountability. One was left to wonder what was going on behind a lot of those comments.

Regardless, Murray will have a chance to reclaim his spot as the face of Arizona’s franchise and prove the doubters wrong, especially if he’s able to help the Cardinals get their season back on track for the playoffs.