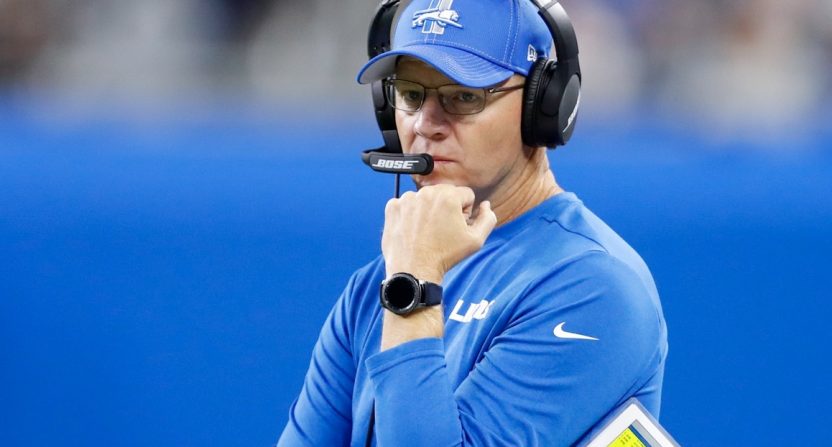 As if the Detroit Lions didn’t already have a difficult enough task matched up against the Tampa Bay Buccaneers for Week 16, the team will play without head coach Darrell Bevell and four defensive assistants, including defensive coordinator Cory Undlin on Saturday.

As a result, wide receivers coach Robert Prince will take over head-coaching duties for the Lions against the Bucs. Prince, 55, has been with Detroit since 2014, originally part of Jim Caldwell’s staff.

Prior to coaching with the Lions, Prince was the offensive coordinator at Boise State and passing game coordinator at Colorado. He also has experience as an assistant with the Seattle Seahawks, Jacksonville Jaguars, Atlanta Falcons, San Francisco 49ers, and then-San Diego Chargers.

Those assistants will be thrown right into the deep end of the swimming pool, facing Tom Brady, Mike Evans, Chris Godwin, Rob Gronkowski, and the rest of Tampa Bay’s explosive, star-laden offense.

According to the Detroit News‘s Justin Rogers, the Lions had one coach and one practice squad player test positive on Monday. As one of the coaches working at the team facility, Bevell was considered a high-risk close contact. And with Detroit’s game scheduled for Saturday, he will still be in quarantine.

Since the Lions can still field a full team against Tampa Bay, postponing the game until Sunday or Monday apparently wasn’t a consideration. Would the situation have been different if Detroit was in playoff contention? Bevell wouldn’t address that possibility. At least Detroit won’t have to play a practice squad receiver at quarterback, as the Denver Broncos did in Week 12.