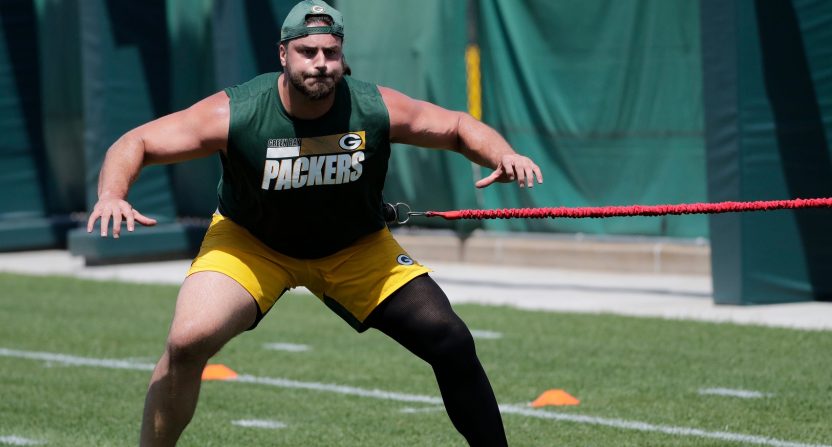 The Green Bay Packers take on the Seattle Seahawks this Sunday in a critical game as they attempt to compete for home-field advantage in the NFL playoffs.

The biggest question of all is whether or not Aaron Rodgers will be back in his role as starting quarterback for the team following quarantine protocols after he tested positive for COVID-19. Rodgers is allowed to rejoin the team on Saturday but will need to pass a health check. If for some reason he does not get approval from doctors or the team decides not to start him, Jordan Love will step back into the role as starting quarterback for the second-straight week.

Head coach Matt LaFleur said on Thursday that he and the team have been communicating with Rodgers all week long and “it has been going great.”

Jaire Alexander present for the first time since his Week 4 shoulder injury.

Alexander talking with Za’Darius Smith in the distance: pic.twitter.com/OBowkmISKu

On Friday, he shared an update regarding another Packers star player whose status for the Seahawks game was unknown. All-Pro left tackle David Bakhtiari was removed from the physically unable to perform list yesterday and has been participating in a limited capacity with the team. Dealing with a knee injury following recovery from ACL surgery, Bakhtiari’s status for Sunday will be “doubtful.”

David Bakhtiari will be doubtful for Sunday’s game against the Seahawks, Matt LaFleur says.

It makes a lot of sense for the Packers to take it slow with Bakhtiari, who is critically important to their efforts in hoping to get back to a Super Bowl. The offensive tackle is a three-time Pro Bowler and two-time first-team All-Pro and whoever plays quarterback for the Packers is going to need someone like him on the offensive line when it matters most.