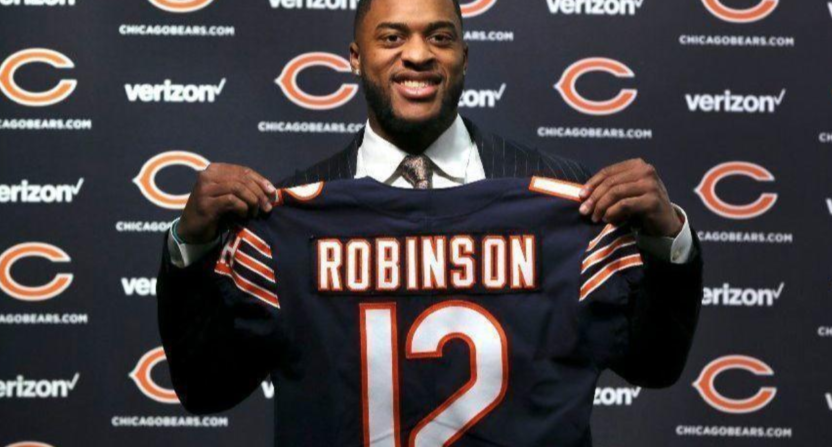 With peak NFL free agency in the history books, we’re ready to issue a report card for all 16 NFC teams.

Whether or not you feel March is overrated, and prefer to wait until after the NFL draft to rate every team’s offseason, here’s a review of how every NFC team fared on the open and/or trade market. (And yes, we’ll follow up with the AFC in a subsequent article.)

The Falcons lost Adrian Clayborn and Dontari Poe, as well as speedy receiver Taylor Gabriel. Signing Brandon Fusco provides some redemption, as he should bolster the offensive line.

The Panthers will miss Andrew Norwell, and I don’t like the Daryl Worley trade for Torrey Smith. But they got Julius Peppers back cheap and I love the value they got for Dontari Poe.

Gabriel, Allen Robinson and Trey Burton should make life a lot easier on quarterback Mitchell Trubisky, even if Chicago overpaid for all three pass-catchers. They also re-signed their top two corners.

Detroit had to tag Ezekiel Ansah, but not a single impact signing from a team that is losing ground in the NFC North? Come on…

Jimmy Graham will do more for Aaron Rodgers than Jordy Nelson would have, and Muhammad Wilkerson is a low-risk, potentially high-reward signing. 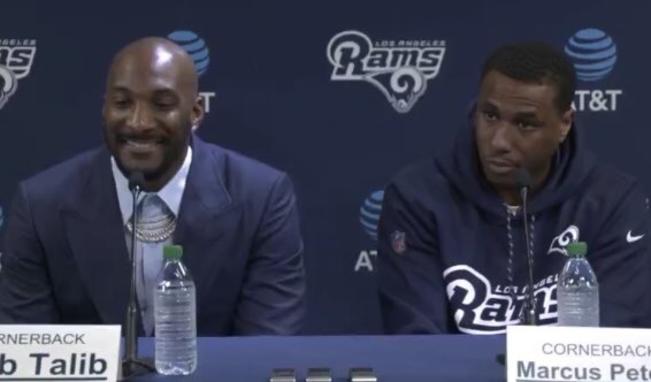 Sheldon Richardson is a nice add, but the Vikings lost Jerick McKinnon and paid a king’s ransom for Kirk Cousins. They might have been better off bringing Case Keenum back for $10 million less per season.

The Saints had to do it with Drew Brees, and it’s hard not to love the return of Patrick Robinson. They also got good value for Alex Okafor and aren’t overly committed to Demario Davis. Strong all around.

I’m a bit confused about the Giants’ direction. They overpaid Nate Solder considering their direction, while the Jason Pierre-Paul trade only makes sense if you’re rebuilding to a degree. They lost both Pugh and Weston Richburg and missed out on Andrew Norwell. It’s just been an odd offseason.

I think Philadelphia will miss Vinny Curry and Beau Allen, now that Michael Bennett’s future is up in the air. They also lost Robinson, Burton and LeGarrette Blount, but they deserve credit for a great Nigel Bradham contract and a nice trade for Daryl Worley.

I would have liked to see the Niners do more for Jimmy Garoppolo, but they spent enough money just locking him up. Not sure McKinnon or Richburg are worth what they paid for them. John Lynch could have afforded to do more. 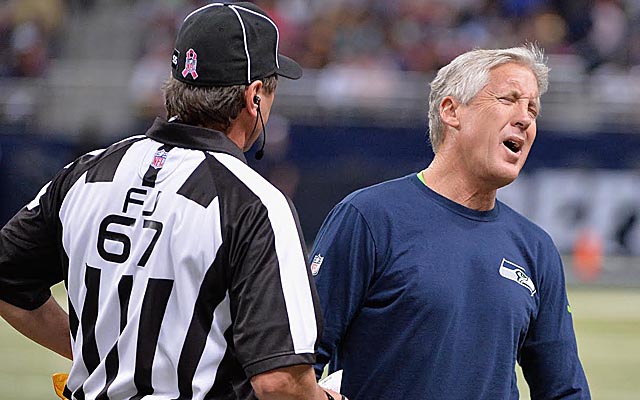 Seattle is biting the bullet this offseason, with Sheldon Richardson, Jimmy Graham, Richard Sherman and Paul Richardson all hitting the road. Brutal, especially when Jaron Brown and D.J. Fluker are your top additions.

The defensive line is now jacked with Jason Pierre-Paul, Vinny Curry and Beau Allen coming in, and I like the addition of Ryan Jensen on offense. The Bucs also wrapped up Mike Evans long-term.

This was a failing grade after that awful Alex Smith trade made them older and less talented at quarterback (at a similar rate to what they would have paid Cousins) and cost them a great young corner in Kendall Fuller. And then Washington comically overpaid Paul Richardson, gave up too early on Terrelle Pryor and lost Spencer Long and Trent Murphy.