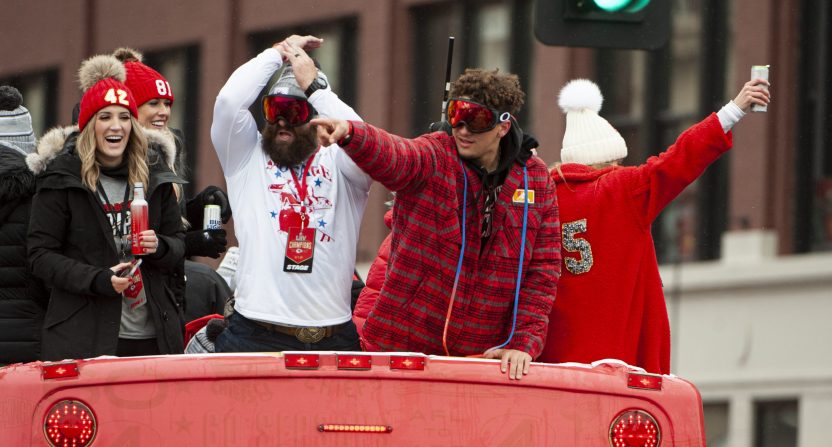 The New England Patriots’ dynasty looks as though it has finally fallen. Who’s next? Here are seven teams best aligned to go on dynastic runs in the 2020s:

I mean, it makes sense to start with the defending Super Bowl champions. Nobody has successfully defended a Super Bowl victory since 2004, but the Chiefs happen to have the best quarterback in the league, and arguably the most accomplished sub-25-year-old player in NFL history. That should make them a strong contender for another decade-plus, although it will become harder when Patrick Mahomes’ contract eventually eats up close to 20 percent of the payroll. It’s also fair to ask how much longer head coach Andy Reid will stick around.

Last year’s only 14-win team is in a similar situation to Kansas City, except that quarterback Lamar Jackson is even younger and coming off a better season. The big difference is they have yet to experience any playoff success in the Jackson era. Still, with a game-changing MVP like that and plenty of talent surrounding him, the well-run Ravens very well could contend well into the 2030s. But they will also have to soon pay Jackson.

They nearly won it all last year and look even better on paper headed into 2020. Jimmy Garoppolo is already expensive anyway, and even if he can take off, it’s possible the 49ers will rule the NFC for a long time. It also helps that San Francisco appears to have a hell of a young regime led by general manager John Lynch and head coach Kyle Shanahan.

They have been consistently competitive over the last few years despite being ravaged by injuries. If quarterback Carson Wentz can get it together from a health perspective, the sky’s the limit for a well-coached, well-run franchise. Also working in their favor is the fact that their 2017 championship can already be used as part of their dynasty resume. That’s a head start that doesn’t belong to the Ravens or 49ers.

If the Seahawks can win one or two soon, that success could be lumped in with a Super Bowl win and another appearance in the first part of the 2010s. With Pete Carroll, Russell Wilson, and a bunch of weapons surrounding Wilson on offense, they will have a shot every year.

This is a longshot, but there isn’t an unaccomplished team in the NFL with more to be excited about than the Cardinals. With Kliff Kingsbury working with Kyler Murray and DeAndre Hopkins on offense, and Isaiah Simmons joining Chandler Jones and Patrick Peterson on defense, Arizona is loaded. A rise to consistent glory wouldn’t be shocking.

I don’t know if this would be a new dynasty or an extension of the old one now that Tom Brady is gone, but the point is that you really can’t rule out even more New England success with Bill Belichick at the helm.