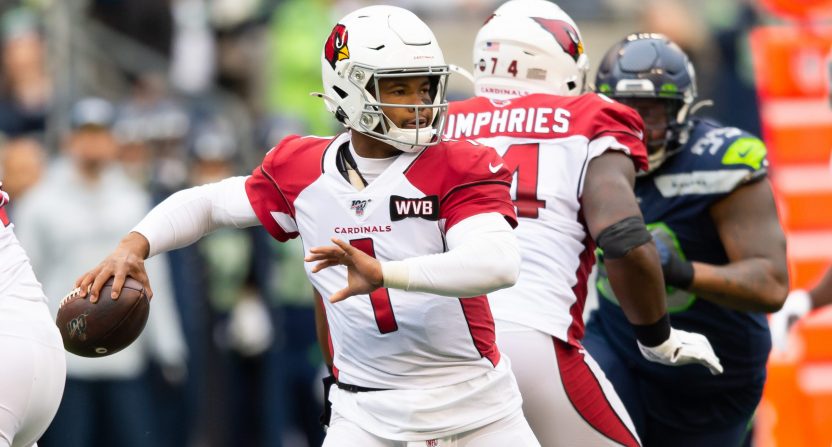 We’re through two weeks of free agency in the 2020 NFL offseason, and by now we have a pretty good idea of what the vast majority of teams will look like in the upcoming season (if we have one in 2020 with the COVID-19 concerns, of course).

Sure, some notable players (such as Cam Newton, Jameis Winston, and Jadeveon Clowney) remain unsigned, and we still have the draft coming in April. That will have an impact on things, but — between now and Week 1 — there are unlikely to be moves that substantially change the 2020 outlook for teams.

So, it seems like a good time — especially with literally nothing happening in sports — to take a look at the latest Super Bowl LV champion odds. First, we’ll share the odds from Bovada, and follow that up with three appealing bets:

And here are three teams with appealing value using those odds:

It’s interesting that oddsmakers still view the New England Patriots as the team to beat in the AFC East. Yes, they just went 12-4 with Tom Brady producing a less-than-stellar 88.0 passer rating, and their defense ranked No. 1 in DVOA. And yes, they still have Bill Belichick coaching. But their defense is likely to take a step back in 2020, and they currently have 2019 fourth-round pick Jarrett Stidham atop the quarterback depth chart.

Meanwhile, the Buffalo Bills are a team on the rise and went 10-6 in 2019. Josh Allen showed that he’s still very flawed as a passer, but also showed his big-time upside and dual-threat ability (nine rushing touchdowns). It’s very possible Allen makes a big jump in his third season, especially now that he has a No. 1 wide receiver in Stefon Diggs. The Bills were already a rock-solid all-around football team, and they could easily become a legitimate Super Bowl contender in 2020.

Capped off with the signing of Todd Gurley, the Atlanta Falcons are absolutely loaded on offense, at least in the big-name department.

The @AtlantaFalcons can field a starting offense of first-round picks. 🔥 pic.twitter.com/wUs9BY70vA

It remains to be seen how much Gurley and a few of these other players have left in the tank, and this team could very well end up being medicore or worse, as they were in 2019 with a 7-9 record. The defense is still a below-average unit on paper (they ranked 20th in DVOA in 2019).

But there’s so much upside with the offense, and Matt Ryan put together an elite 35-touchdown, seven-interception, 108.1 passer rating just two seasons ago. Maybe the Falcons have another 2016-esque run in them. At 50/1 odds, the upside makes this is a very appealing listing to consider tossing a few bucks at.

This is the listing that stands out the most. The Comeback’s Brad Gagnon even ranked the Arizona Cardinals fifth on his recent power rankings. But the odds view Arizona as having better title chances than only nine teams.

It’s easy to see how the Cardinals could become the team that goes from bad (5-10-1) to great. And it starts with extremely talented quarterback Kyler Murray, the No. 1 overall pick of the 2019 NFL Draft.

Murray put together a very solid rookie season, with 20 touchdown passes, 12 interceptions, and an 87.4 passer rating, to go with 544 rushing yards (5.8 AVG) and four touchdowns. He’s electric as both a passer and runner, and now he has an elite wide receiver to throw to in DeAndre Hopkins (after the mind-blowing Cardinals-Texans trade), in year two of Kliff Kingsbury’s system.

There are definite 2018-2019 Lamar Jackson vibes going on here. That’s not saying Murray will put together the same kind of absurd season that Jackson did in his sophomore campaign, but it wouldn’t be surprising to see Murray make a very similar leap into stardom, and with a very similar skillset.