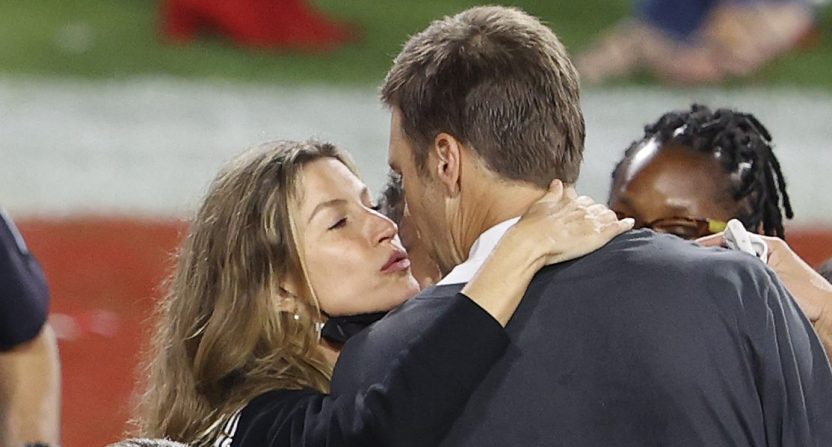 The drama surrounding Tampa Bay Buccaneers quarterback Tom Brady and his wife Gisele Bündchen following his un-retirement and return to the NFL this season had led to a lot of wild reports and unsubstantiated rumors. According to someone close to the couple, one potential rumor about any infidelity should be crossed off the list.

According to Page Six, a source confirmed to them that cheating is not part of their marital strife.

“There is absolutely no accusation of cheating on either side,” the source told Page Six. “Tom and Gisele have recently struggled to make their marriage work and have grown apart.”

This person did note that Brady spent most of the summer living seperately from his wife following the announcement that he would play another year in the NFL. Per Page Six, the couple vacationed together with their kids in July but then the family went to Costa Rica without Brady. It was then said that Brady’s 11-day absence from training camp was actually for a vacation that he took to the Bahamas with his children but without Gisele.

Brady has been dealing with a lot of stress, injuries, and other concerns in his 22nd NFL season. We’ll see if he comes to regret returning when it’s all said and done, especially given the impact it’s had on his family.