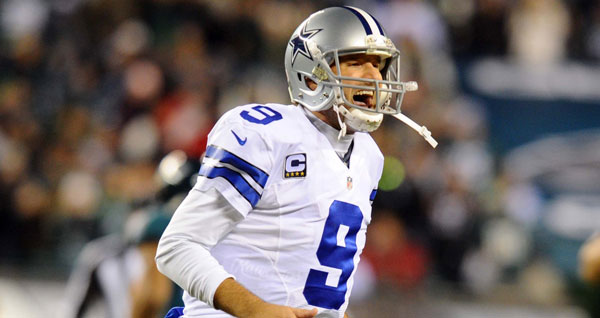 It’s hard to deny Tony Romo has handled the Dallas quarterback situation with anything other than class.

Dak Prescott has simply played too well in Romo’s absence, and with age, salary, and general health on his side, the Cowboys had to make the move. Romo has, by all accounts, been a model teammate and mentor throughout, despite the tough position into which he’s been placed. Even though Romo will be 37 next year, it seems quite likely that the Cowboys will be able to trade him this offseason.

NFL.com’s Ian Rapoport is reporting that in that scenario, Romo is likely to have input on any trade, and that he’s already expressed a top preference:

When #Cowboys look to trade Tony Romo this offseason, he’ll have significant say. I’m told he has eyes on the #Broncos as a potential spot.

From Rapoport’s report (rolls off the tongue):

There will be a market for Romo this offseason, as the team will look to trade him. Though owner Jerry Jones said he’s given no consideration to having Romo on another team, carrying him as the backup for another year doesn’t seem realistic. Romo, I’m told, already has eyes on the Broncos as a possible destination if general manager John Elway decides Paxton Lynch needs another year and that Trevor Siemian isn’t the guy.

Other options, depending on a variety of factors, include the Bears, Jets, Cardinals, and Bills. When the Cowboys do trade him, they’ll still have to deal with about a $20 million salary-cap hit. Romo will have significant say in the matter given that he will need to renegotiate his deal. He, essentially, could veto any move.

As Rapoport notes, Romo’s input is not necessarily a result of Dallas Cowboy goodwill. That salary structure is a significant bargaining chip for Romo. He won’t be suiting up for the Browns, for example. (That was a cheap shot.) The Broncos do make sense, with their team still near-enough to a window of contention that bringing in a veteran quarterback might be worth the price.

Looking at the other teams Rapoport mentioned, the Bears have a few superficial factors that could be in play. as Romo did grow up in the Chicago region (southeast Wisconsin) and then played college football at Eastern Illinois.

Of course, all of this speculation might even be premature, as Rapoport notes Romo has considered another outcome entirely:

Romo’s friend and long-time confidant Jason Witten said he doesn’t believe Romo will retire after this season. I’m told this actually is a consideration. Romo could retire a member of the Cowboys this year, it’s one of the options depending on how the year plays out and how his body feels going forward.

When a player has been broken and battered to the degree Romo has been, it’s hard to question his decision one way or another. He gets to do what he wants to do, even if that means retirement.

But at this point, it’d be a shame to not see him try for one last season.