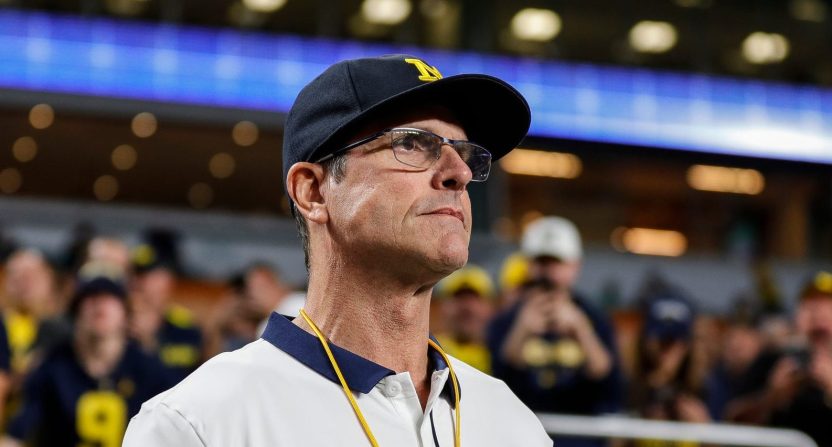 We’re less than a month away from the end of the NFL regular season, and a lot can change come playoff time. But there probably will be some interesting head-coaching job openings in the near future. With Sean Payton likely returning and Jim Harbaugh possibly returning, here are some teams to keep an eye on:

No coach is making more of his opportunity than Steve Wilks. As a result, he might keep the job permanently. The Carolina Panthers have been one of the league’s most surprising stories in recent weeks. Since Matt Rhule was fired — while refusing to take accountability for his lousy record — the Panthers have been competitive. They have won consecutive games for the first time all season and are in the hunt to win the NFC South. Say what you will about that division, but Wilks is doing this without a decent quarterback.

Wilks got a raw deal in Arizona in 2018 when he was fired after one season. That wasn’t enough time to build a winning program. He has even less time now to impress the owner. David Tepper probably would like to make a splashy hire. Carolina has a good offensive line and a solid defense. Those are building blocks to success for the next permanent coach.

As Troy Aikman put it after Monday Night Football, this season has been a “dumpster fire” for the Arizona Cardinals.

A year after a rare playoff appearance, Arizona has regressed. To make matters worse, Kyler Murray suffered a season-ending knee injury just weeks after a former teammate accused the young QB of being a bad teammate. There has been a lot written about Murray since he signed that contract extension over the summer. The Cardinals aren’t going to get rid of him, but they might be ready to move on from the Kliff Kingsbury experience.

Since starting last year 7-0, the Cardinals are 8-16 if you include that playoff loss to the Los Angeles Rams. That’s the type of descent that gets coaches fired, especially when you consider that Kingsbury selected Murray with the first overall pick of the 2019 draft. Arizona will likely bring in an offensive-minded coach to fix their franchise quarterback. Murray has all the physical tools. Assuming he returns healthy, and with a possible top-five draft pick, this could be a good job.

There was a ton of speculation right after Sean McVay won the Super Bowl. The rumor mill continues to churn. Just last week, Colin Cowherd floated a theory that McVay could make the jump to the TV booth. McVay, who hasn’t faced much adversity as a head coach, has to be miserable as the Los Angeles Rams are looking at their first losing season since 2016. He has nothing left to prove in L.A. after a pair of Super Bowl trips since he’s been there. A TV gig would be a lot more fun. Plus, he could recharge for his next coaching opportunity down the road.

If McVay quits, his successor will need to rebuild one of the league’s worst offensive lines. The Rams traded away a lot of draft picks and have taken on a lot of high-priced players to win last year’s Super Bowl. They won’t have a first-round pick until 2024 and are currently No. 23 in salary cap room for 2023. Still, assuming Matthew Stafford and Aaron Donald don’t retire and Cooper Kupp returns to form from injury, this should be a good team next season.

Yes, the Los Angeles Chargers have dealt with a lot of injuries. By one metric, they have been the second-most hurt team in the league. Star pass rusher Joey Bosa and left tackle Rashawn Slater are on injured reserve. And the wide receiving corps has been thin at times with Keenan Allen missing seven games and Mike Williams missing four.

If the season ended today, the Chargers would miss the postseason by one spot. If they don’t make it, that will be two straight seasons Brandon Staley has failed to reach the playoffs with the game’s best young pure passer. Justin Herbert has thrown for more passing yards in his first three seasons than any other quarterback in NFL history. And yet, he’s still awaiting his first playoff appearance. That’s a damning indictment of Chargers coaching, even factoring in injuries and bad luck.

This could be the most desirable job out there.

Over the past two years, Mike McCarthy is 22-8. Under normal circumstances with a normal franchise that would be something to applaud. The Dallas Cowboys‘ average scoring margin is +10.1, third-best in the NFL. Only the Philadelphia Eagles (+10.6) and the Buffalo Bills (+10.2) are better. But the Cowboys always have higher expectations. For McCarthy, it’s all about the postseason.

If McCarthy fails to at least win a playoff game, there’s a strong chance that this could be the end. Owner Jerry Jones is 80 and is running out of time to see another Super Bowl. Dallas is built to win now, especially in a wide-open NFC. McCarthy was a questionable hire from the start considering some thought he underachieved with Aaron Rodgers in Green Bay. A new coach might be able to get more consistency out of a squad that almost lost to the lowly Houston Texans. Payton, a former Cowboys assistant, has been linked to Dallas. If he can stomach Jones’ meddling, it’s probably his job for the taking.