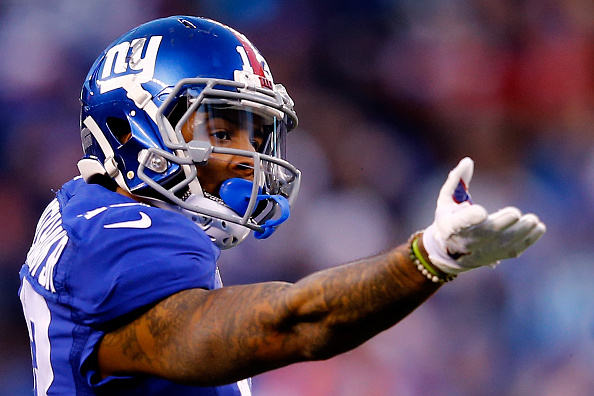 NFL officials have been under a major microscope in 2015, and it continued this past weekend as New York Giants wide receiver Odell Beckham Jr. appeared to spear Carolina Panthers cornerback Josh Norman in the third quarter of their game.

Instead, Beckham Jr. and Norman were flagged for offsetting penalties and that was that.

According to NFL VP of officials Dean Blandino, the hit should’ve also come with an ejection, per ESPN.com.

“The crew was doing a really tough job of trying to keep the game under control,” Blandino said on the NFL Network. “They had spoken to both head coaches. They had spoken to the players. There was a point during the game when I did get on the headset to the replay official to remind the referee that, ‘You can eject players. You’ll have our full support. This thing cannot get out of control.'”

While the Beckham Jr. hit was the powder keg moment, the game had hit a crescendo in terms of nasty play and bitterness well before that hit. A lot of it was put on referee Terry McAulay, who did lose control and failed to eject Beckham Jr. after the nasty hit on Norman.

Blandino went as far as to call out McAulay’s crew for a lack of penalty calls that could’ve avoided much of the nastiness that took place as the game went on.

“For me, looking at the tape, there were two or three opportunities early in the game to throw a flag and set the tone,” Blandino said. “We always want to set the tone early. Not make something up, but when something rises to the level of unnecessary roughness or unsportsmanlike conduct, we can’t miss those opportunities, because that sets the tone of the entire game. There were a couple there that we missed early on.”

Perhaps Beckham Jr. was upset at some rough play early on from Norman, but his reactions were about the worst of the worst – and it wasn’t just the cheap shot to the head in the third quarter that should’ve warranted the ejection.

It was the second hit to the head Beckham Jr. made on Norman.

Clearly the officiating crew lost control of these two players and the game in general.

It was just another example in a season full of bad mistakes and questionable decision making by NFL officials. Will the league take a bigger stand than just likely upholding the one-game suspension leveled against Beckham Jr. for what took place on Sunday?