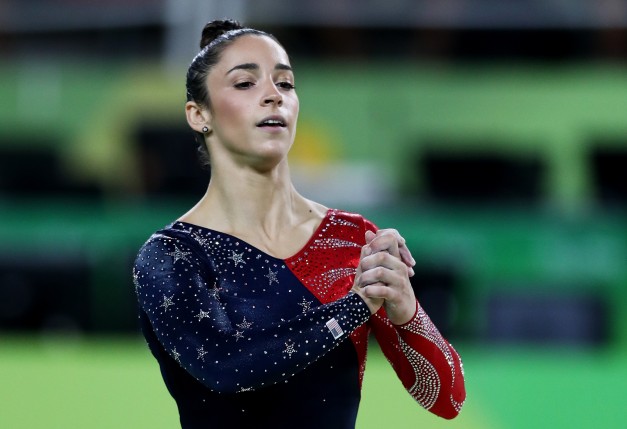 Back in August, United States champion gymnast Aly Raisman was harsh with her condemnation of how USA Gymnastics has failed in protecting and looking out for their young gymnasts as an investigation was ongoing for alleged sexual abuse by a team doctor. A few months later, Raisman’s criticisms now have a more personal tale behind those previous remarks.

In an interview with 60 Minutes, Raisman claims she too was sexually abused by former USA Gymnastics doctor Larry Nassar. Raisman is the second member of the gold medal gymnastics team from 2012 to claim such abuse, joining McKayla Maroney, who broke her silence on the issue last month. Nassar is up against dozens of criminal charges and hundreds of lawsuits from over 130 women for alleged abuse of gymnasts over the years, with Raisman’s story being the latest to come to light on such a horrible story. Nassar has pleaded guilty to charges of child pornography but not to charges of sexual assault.

Raisman tells 60 Minutes she was interviewed by the FBI during its investigation sometime after the Rio Olympics in the summer of 2016, when this story first broke. As anyone should know by now, it can be incredibly difficult for a young victim to speak up when an adult is in the wrong. Raisman is concerned about that hurdle for so many, as she explained in her 60 Minutes interview.

“Why are we looking at why didn’t the girls speak up,” Raisman asks during the interview. “Why not look at what about the culture? What did USA Gymnastics do, and Larry Nassar do, to manipulate these girls so much that they are so afraid to speak up?”

Raisman’s concerns are legitimate and a common one to have. Sadly, there could be any number of victims out there who feel ashamed of the incidents when they are clearly not in the wrong. But the fear of what it could mean for them if they speak out against an adult is a real one that victims all too commonly succumb to. This is why stories from fellow US gymnast McKayla Maroney as well as Raisman, both gold medal winners in the sport, coming out with their stories is so important. It will hopefully will allow any others who have been victimized to realize it is OK to come out and lay blame where it should be directed. This is the message Raisman is attempting to spread for the sake of how many other victims may be out there in similar situations.

“I am angry,” Raisman explained. “I’m really upset because it’s been– I care a lot you know, when I see these young girls that come up to me, and they ask for pictures or autographs, whatever it is, I just– I can’t– every time I look at them, every time I see them smiling, I just think– I just want to create change so that they never, ever have to go through this.”

There is no telling how many more gymnasts may have similar stories to share, or how many of them will do so in the public eye. But if Maroney and Raisman sharing their stories helps one more person have the confidence to speak out about what they went through, then their voices have been heard by at least one person who needed to hear it.