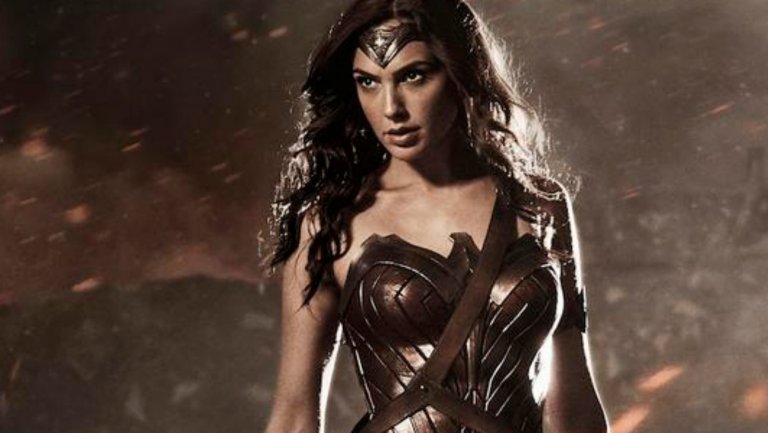 The Royal Tenenbaums was released way back in 2001, but there’s a moment from Ben Stiller’s Chaz that might as well have surmised how most of us feel about the year 2017.

It HAS been a rough year, Dad. For many of us, we turned to music, movies, TV shows, comics, podcasts, and other forms of pop culture to get us through, or at least provide us with a few moments of escape before we opened Twitter back up to see what fresh horrors awaited us.

Throughout that pop culture diet, a few people either kept showing up or provided a performance that stuck with us for the entire year. These were the actors, performers, singers, and artists that defined the kind of culture we digested and how we’ll remember 2017 in the years to come (at least, when we think of the good parts).

Now, before we get into the list, this is the part where we admit that to try and single out 10 people as the ones who had the most impact on the pop culture is a fool’s errand. Everyone would probably come up with a different version of this list based on their own personal interests and passions. Everyone probably also has a different idea of what qualifies as pop culture and the way people impacted it. We know this and we have tried our best to take it into account.

Still, we look forward to your outrage all the same.

The crazy thing about putting Boseman on the list is that the movie which is going to make him a super-duper star, Black Panther, won’t actually come out until 2018. However, the trailers for that film might as well have been motion pictures themselves as they generated enough heat to overtake the sun. Anticipation for the franchise couldn’t possibly be higher and Boseman is set to be the face of Marvel’s 2.0 cinematic universe when guys like Robert Downey, Jr. and Chris Evans step away in the coming years. His appearance in the first Infinity Wars trailer settled that.

His excitement at the Black Panther Comic-Con panel upon seeing footage from the film for the first time was infectious and made us want to root for him even more. He also showed up in Marshall as none other than Thurgood Marshall, just in case you weren’t sure if he had some range.

Yes, THAT Kesha. Do you know any other Keshas?

All due respect to Taylor Swift, who had 2017’s best-selling album, Kesha did something few people thought she would be able to do. She created a meditative, raw, honest album that reflected on her legal battle with Dr. Luke and her label and everything she’s gone through publicly and privately.

In the end, with an album headlined by the song Praying, Kesha took back ownership of her story and remade herself as a legitimate pop star who doesn’t need to rely on catchphrases or name-dropping.

Girls Trip could have been a throwaway comedy that flew under the radar when it was released in July. Instead, thanks to some raunchy comedy and great performances, it was a runaway hit.

At the center of it was Tiffany Haddish, whose personality and physical humor made her an instant star in the same way Melissa McCarthy broke out after Bridesmaids. Pretty soon, she was hosting SNL and has been at the center of awards chatter — a rarity for comedies, especially those released in the summer. That she didn’t get nominated for a Golden Globe was seen as a legit snub, that’s how good she was.

Every so often you come across an actor or actress who is just starting to make a name for themselves you immediately know, “Oh, this person is gonna be big really soon.” You just know it.

That’s what it was like watching Carrie Coon in The Leftovers, a stellar performance that stuck the landing in its final season, thanks in large part to her turn as Nora Durst. She parlayed that into a lead role on FX’s Fargo and though the season didn’t quite live up to the hype of the previous two, her performance there wasn’t the problem. So much so, she won a TCA Award on the strength of both, as well as a Primetime Emmy Award for the latter.

With a juicy role in Steven Speilberg’s Oscar bait The Post, Coon will be in the crowd at the Academy Awards, where it’s only a matter of time before she’s standing on the stage instead.

In the brave new world that was 2017, American late-night TV show hosts suddenly saw their roles shift as a line was drawn in the sand. The kind of hair-tousling, happy-go-lucky routine of Jimmy Fallon wasn’t going to cut it anymore. We needed these tastemakers and influencers to step up and tell it like it is. John Oliver, Stephen Colbert, Samantha Bee, and Seth Meyers certainly played their part.

But it was Jimmy Kimmel who took things to another level by making the fight personal. When his newborn son’s fragile health coincided with Congress’s plan to gut the Affordable Care Act, he used his platform to fight for the less fortunate, became a hero to many, an enemy to others, and held his ground throughout the year as the fight continued, be it with Donald Trump, Bill Cassidy, Roy Moore.

The “smart” move would be to play it safe and try to appeal to all sides, but Kimmel put basic human decency above ratings and we were better for it.

Let’s face it, America has been waiting for The Year of Laura Dern for a while now and we finally got it.

The stellar actress kicked off her sensational run by stealing the show in HBO’s Big Little Lies. Her performance as the fierce Renata Klein commands your attention anytime she’s on screen. Then she stole the show in Twin Peaks as the infamous Diane and we all learned she was always the only person who could give that character life. Finally, she stole each scene in The Last Jedi in all her purple-wigged glory.

Along the way, she also popped up in The Last Man on Earth, Unbreakable Kimmy Schmidt, and Downsizing where she, you guessed it, stole each and every show.

When Key & Peele started, Jordan Peele was “the other guy” and you couldn’t blame people if they assumed he would fade into a career of bit parts when the show ended.

Instead, Peele reinvented himself as, of all things, a horror writer and director. His film Get Out might end up being one of the most influential films of all time and we’re not kidding. The satirical horror film that took on racism head-on garnered a worldwide gross of $254.3 million against a budget of just $4.5 million. Peele became the first black writer-director to debut with a film that made over $100 million and the cultural phenomenon is now racking up awards nominations and wins.

While the world waits to see what Jordan Peele will do next, you better believe this tiny film is going to influence tons of decisions across Hollywood in the years to come.

Elizabeth Moss already had a stellar resume coming into 2017. Her work on Mad Men and Top of the Lake had established her as a star of tomorrow. But it was what she did in 2017 that made everyone realize she was probably going to be this generation’s Meryl Streep.

The Handmaid’s Tale was always going to be a disturbing watch given the climate of the country, but Moss’s performance as Offred was emotionally affecting to the point where she elevated the entire program to another level. Even as the show lost some steam, she never did. Couple that with another strong performance in the second season of Top of the Lake as well as a turn in the international drama The Square that’s sure to get plenty of award consideration and it’s clear that while Moss was a force in 2017, she’s only getting started.

It’s a credit to the star power of Dwayne “The Rock” Johnson that we have him on this list in the same year his first major flop, Baywatch, was released. Such is the power of Johnson, who was so omnipresent in 2017 and remains so universally liked that his jokey push to become President of the United States has actually taken on some semblance of legitimacy (but we hope not for real).

He kicked things off with The Fate of the Furious, the latest megahit in that franchise, while also announcing that he’d be starring in a spinoff down the road. His requisite appearance on SNL was a smash and even included one of the riskier sketches we’ve seen in a long time. After that was Baywatch, but he followed up that stinker with Jumanji: Welcome to the Jungle, which has been his latest box office hit so far. He also starred in the latest season of HBO’s Ballers, of which Senator Elizabeth Warren admitted to being a fan of.

In 2017, The Rock could do no wrong, even when he did wrong in that one very bad film.

Headed into 2017, DC’s cinematic universe was in deep trouble. Batman v. Superman was a slog and Suicide Squad was a bonafide mess. Then, in June, Wonder Woman showed up and for a brief time, all their troubles went away. Patty Jenkins directed a great crowdpleaser, but it was Gal Gadot who brought warmth, strength, and humanity to the Amazonian warrior.

In a year when women needed role models, Gadot became an icon and symbol to girls around the world. The moment in the film when she emerges from the foxhole into no man’s land will be one of the iconic movie scenes we replay for years to come. While Justice League didn’t live up to the hype, it was Gadot who shone as a bright spot in an otherwise dour film. She had the chance to show off her comedic skills on SNL as well and showed herself to be up to the challenge.

The top-grossing female actress of 2017 and one of the most-searched people in the world, Gadot became more than just a Hollywood star in 2017, and she’s likely to only get bigger. Wonder Woman 2 can’t get here soon enough.