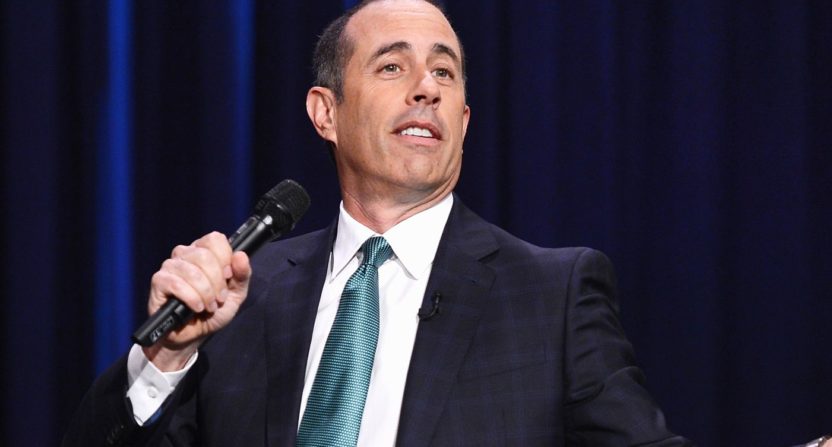 Jerry Seinfeld’s new Netflix special will debut Sept. 19, and the hour-long set, titled Jerry Before Seinfeld, will aptly feature jokes from before he became a megastar. Seinfeld will rehash old material “that put him on the comedy map” at the start of his career as well video footage from his childhood.

Netflix released a few short teasers, and some of the material will sound familiar to Seinfeld fanatics.

You go to a party, there’s nobody there. ‘Where’d everybody go?’ ‘They left!’

I’m only one finger away from a compliment.

Considering youngsters like Dodgers star rookie Cody Bellinger don’t know who Seinfeld is, this could serve as a good reintroduction into pop culture.

While the prospect of hearing some vintage Seinfeld bits brings a lot of excitement, it’s also a bit of a disappointment considering this is his first stand-up special in nearly 20 years. As we’ve seen in some recent late-night appearances, he does have a bank of newer material, such as this mind-blowing bit about donut holes.

In his 1998 special I’m Telling You For The Last Time, Seinfeld rehashed old material, especially bits used from Seinfeld intros. One of those bits on socks shows up again here in a teaser from Netflix.

Socks hate their lives, we know that.

For those craving an hour of new Seinfeld material, there’s still hope. His $100 million Netflix deal includes two specials. He will also bring his web-series Comedians in Cars Getting Coffee to the streaming service. On Tuesday, Seinfeld revealed legendary comedian Jerry Lewis, who passed away Sunday at 91 years old, will be a guest on the new season.

As I’ve said many times, if you don’t get Jerry Lewis, you don’t understand comedy. Spending an afternoon with him a couple of months ago in Vegas for Comedians in Cars was a comedy life moment for me.