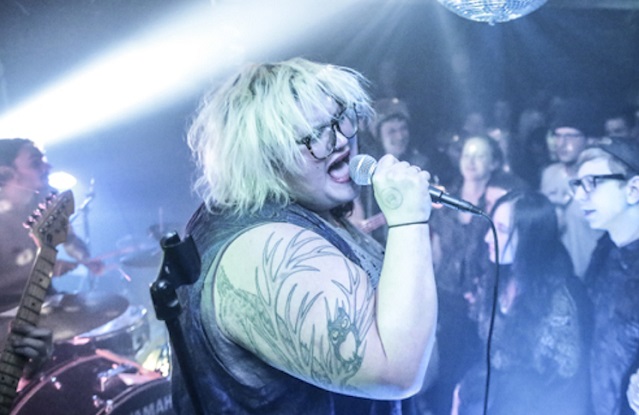 What music deserved more attention from fans and critics in 2016? Catch up on what you missed.

Every year, there are thousands of recordings released by artists on various platforms. The sheer volume of recorded music from every genre is daunting for even the most resilient music fan, so unfortunately some albums or songs get missed. This is what makes end-of-year lists great; they give you an opportunity to discover or revisit music you may have passed by over the course of the year.

The problem with end-of-year lists, no matter their size, is that they also miss albums, and tend to fall into the routine of choosing the same albums. Hell, even I couldn’t resist the power of Beyoncé or Chance the Rapper this year when I compiled my top album list. There are going to be overlooked albums, or albums that were pretty good, but for some reason didn’t make the cut.

Below are eight such albums, all very good, all with the possibility of becoming more important and popular with time. If you’ve missed any of these albums, give them a chance, and maybe you’ll find your new favorite album of 2016:

M.C. Taylor’s mix of blues, folk, and country broke through with 2014’s Lateness of Dancers and two years later, the weariness of road life along with an uncertain future form the basis for this follow-up. Taylor’s songwriting can be utterly heartbreaking as he struggles to find a balance between life as a musician, husband, and father.

The comfort with which lead singers Jess Wolfe and Holly Laessig seem to have with each other is one of the most powerful aspects of Lucius. With Good Grief, this Brooklyn-based pop group has produced their best work to date, and a springboard toward greater adventures in the future.

With a name like Hockey Dad, it might be surprising to find out that this duo hails from New South Wales, Australia, and not Canada. But The Simpsons (the name comes from one of Bart’s video games) has been a global phenomenon for almost 30 years now. Boronia, a pop-punk/garage rock filled party album, is the band’s debut effort and filled with the exuberance of youth.

This Seattle trio probably didn’t set out to create an album perfectly suitable to the atmosphere of 2016, but that’s exactly what they accomplished. Helms Alee’s sludgy and dark album also features beautiful instrumentation to help amplify the seemingly never-ending doom of this most surprising and disappointing of years.

Neko Case, k.d. lang, and Laura Veirs took their collective strengths and collaborated on one of the best albums from a “supergroup” in years. Unfortunately, the trio have stated that this is more than likely a one-off record with no following, and that’s the most disappointing thing about case/lang/veirs.

As a guitarist for Lambchop and Silver Jews, William Tyler has spent most of his career as a sideman to great songwriters. His solo work, while completely instrumental, is also great storytelling and his latest release is an ode to an America he believes is vanishing, but hasn’t completely disappeared yet.

Formed only two years ago, Philadelphia punks (with a hint of Thin Lizzy) Sheer Mag have built a following off the strength of three four-song EPs, the third of which was released this year. While the tracks on III might sound pretty familiar, the personal and political lyrics sung by lead singer Tina Halladay help Sheer Mag separate themselves from the pack.

In October, Bradley was diagnosed with stomach cancer which forced the 67-year old off the road. But before that diagnosis, Bradley released possibly his best album to date, Changes. Bradley is at his most dynamic here, and you can feel his presence as the band allows him room to fill spaces with his powerful voice.