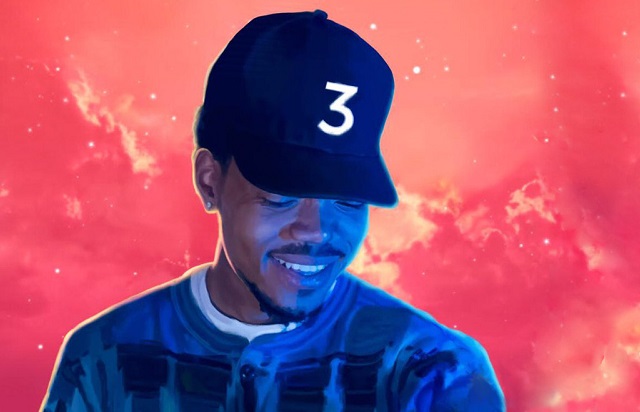 A difficult year with the loss of many beloved, legendary artists still managed to provide some excellent music to remember.

The past year in music can be summed up pretty easily in one word, death. So many musical greats have died in the last 12 months that the joke about god assembling a super-group got old well before Ralph Stanley and Bernie Worrell died within days of each other in June. David Bowie, Prince, Leonard Cohen, and George Michael might have been some the biggest names to die in 2016, but they were far from the only notable names we lost during the year.

The seemingly constant news of death overshadowed a very good year in the music world, and with more ways to consume your music than ever before, it was a year with filled with essential and important music. Below are 10 great albums, but there are at least 10 more that could just have easily been placed in this list with little or no argument.

Just missed: Solange – A Seat at the Table, Rihanna – Anti, A Tribe Called Quest – We Got It From Here…, Mitski – Puberty 2, and Frank Ocean – Blonde.

Procrastination worked in my favor this time as Run the Jewels (El-P and Killer Mike) decided to release their third album a few weeks early on Christmas Eve. Both rappers spent most of 2016 working on this album, and voicing their concerns about America’s political process which led to the duo’s most political and thought-provoking album to date.

Kiwanuka’s second album was mentioned as an album to watch in my mid-year music post, and it did not disappoint. The folk singer teamed up with producer Danger Mouse, added some Pink Floyd influenced sounds, and created a lush and beautiful album. Here’s hoping he’ll finally find that elusive American audience in the near future.

Another album mentioned in that mid-year post was the psych rock blow-out by this productive (they have already released singles from their next album) Australian septet. At times, Nonagon Infinity is repetitive and possibly has too much going on, but this supposedly infinitely looping album keeps your toes tapping from beginning to whenever you decide to push “stop.”

Two years ago, Simpson’s Metamodern Sounds in Country Music brought his brand of off-the-wall outlaw country to the masses, and his follow-up is an even further deviation from the typical modern country on your radio. On A Sailor’s Guide to Earth, Simpson furthers cements himself as a major songwriting talent and a force to be reckoned with in Nashville, even if he doesn’t like Nashville all that much.

It has been almost 20 years since Radiohead released their masterpiece, OK Computer, and in that time they have firmly established themselves as the rock world’s most consistent and best band. A Moon Shaped Pool might be Radiohead’s quietest album to date (listening and driving may be dangerous), but it still packs a punch especially for long-time fans who may have heard a few of these songs in various forms over the past decade.

On her debut album, Margo Price sounded like many of her country influences from Loretta Lynn to Emmylou Harris, but with a much more contemporary songwriting style. While this album didn’t crack the charts this year (peaking only at No. 189), Price’s songwriting and sound created the best country album of the year.

Dev Hynes has had a wildly diverse musical career from the punk band Test Icicles to his earlier work as Lightspeed Champion, but his work under the Blood Orange moniker is his most personal. Freetown Sound is filled with a wonderful mix of music influenced by the collective history of black music with a varied collection of collaborators and samples from Blondie’s Debbie Harry to author Ta-Nehisi Coates.

Olsen’s third album can make you smile one moment and have you introspectively thinking about what is happening in the world the next. Invoking the sounds of 60s and 70s Los Angeles, Olsen and My Woman is a powerful new voice on the indie scene, even if that voice at times seems strangely familiar.

The media spent most of this year following the exploits of another Chicago rapper in his never-ending quest to piss everyone off, even if it means meeting with President-elect Donald Trump. If half of that time and energy spent on Kanye was given to following Chance the Rapper, we would all be better for it. Coloring Book, Chance’s third mixtape, is a beautiful, wondrous, and joyful album that feels like a party put to tape. It’s the most fun you’ll have with music this year.

Surprise! This album might be over-ambitious and bloated, but in the hands of Beyoncé and the collective crew of visionaries she assembled (Kendrick Lamar, Jack White, The Weeknd, James Blake and more), it is a gorgeous masterpiece. Each listen brings another peek into Beyoncé’s mind, and Lemonade is the culmination of those thoughts and worries into one of the best albums of the decade.